Guess What I Just Saw Jack and Stephen Doing! 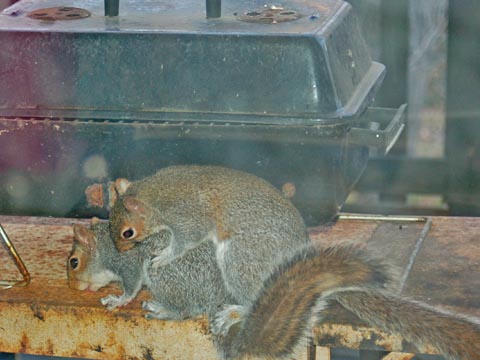 Guess what I just saw Jack and Stephen doing! 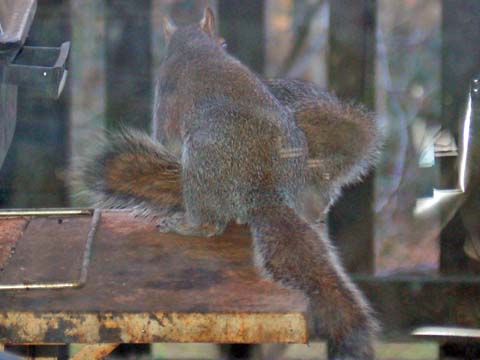 Well, apart from grooming each other... 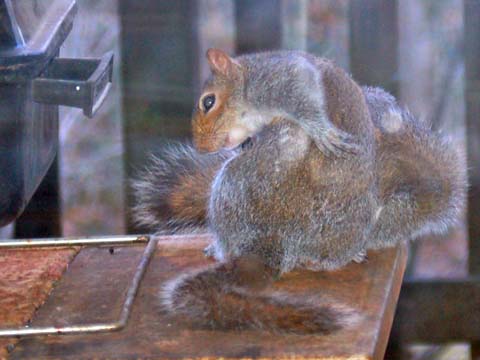 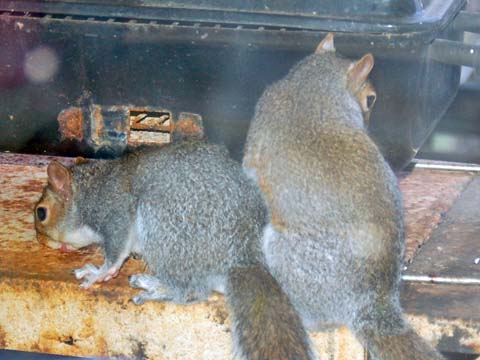 ...and lounging about in a rather suspicious manner, which is what caused the cats to rouse the alarm and alerted me... 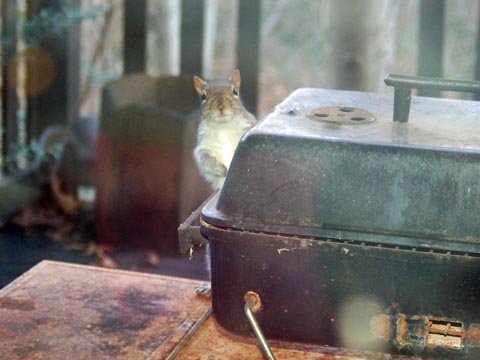 ...causing some suspicious peering-about from the captain... 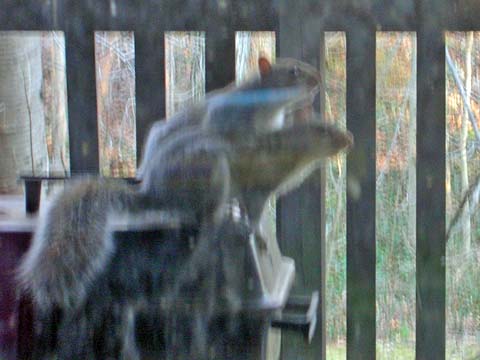 ...they decided to plot a raid on the bird feeder! 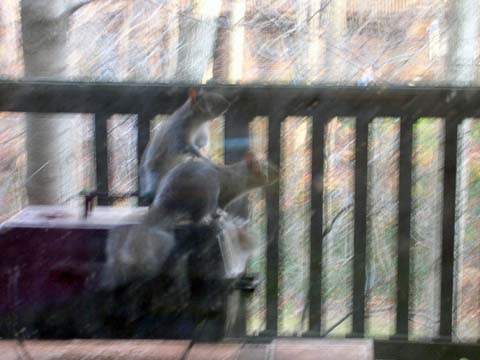 Even if they had to climb one another to do it! 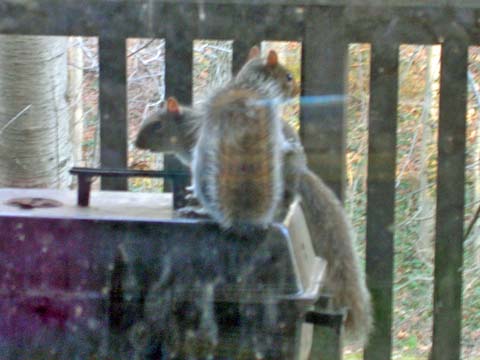 ...and they just didn't care who saw them.

Though they didn't get any birdseed. Which also didn't seem to bother them all that much.
And they lived happily ever after.
The end.

I would like to apologize for the condition of the photos. It was late afternoon with the sun on the other side of the quarterdeck and I did not have time to figure out light settings while the captain and doctor were there skirting Article XXIX so charmingly, so I captured what I could.