In which Jack and Stephen are trapped in a mighty arctic storm and must contend with snow on the deck. 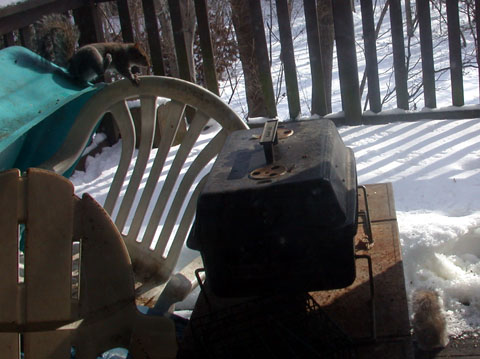 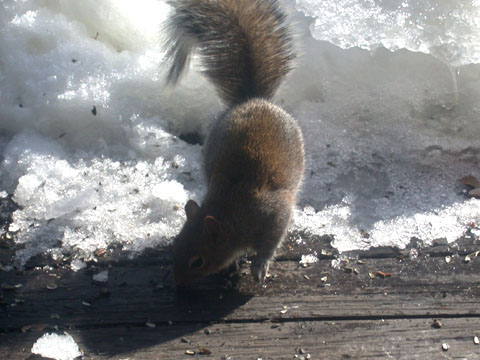 Jack quickly set to work foraging for whatever scraps he could find on the deck... 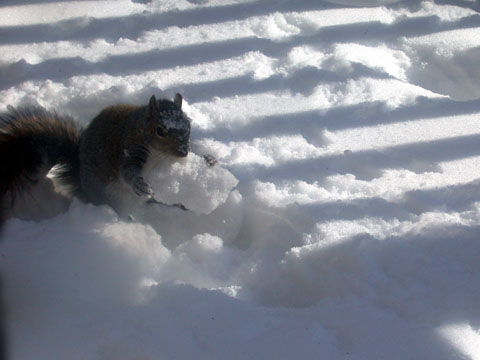 ...while Stephen, ever mindful of health issues, tried to keep hydrated. 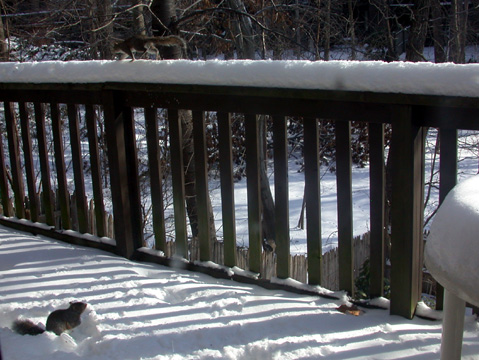 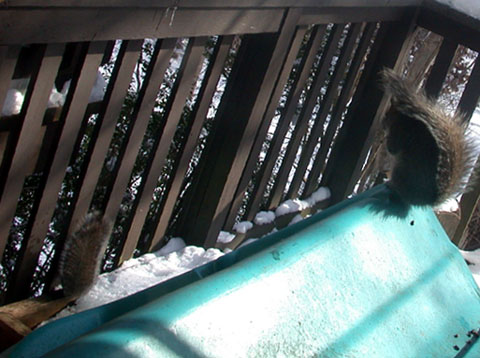 Quickly they ran to frighten it off. 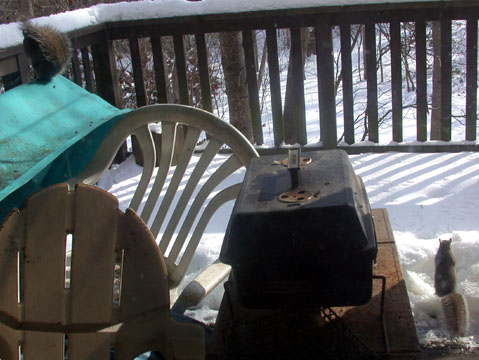 During winter it is particularly important to protect one's food from foreigners who might try to squirrel it away. 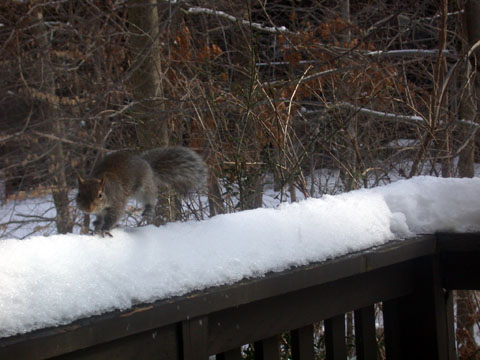 Not that that kept the foreigners from trying to board. 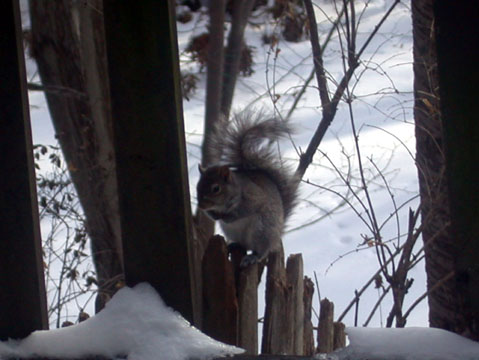 Jack was forced to stand lookout... 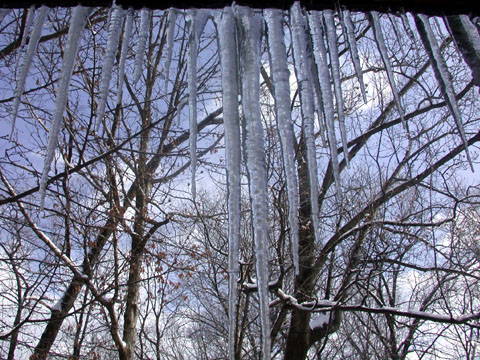 ...while Stephen attempted to climb down icicles to get into the perch. 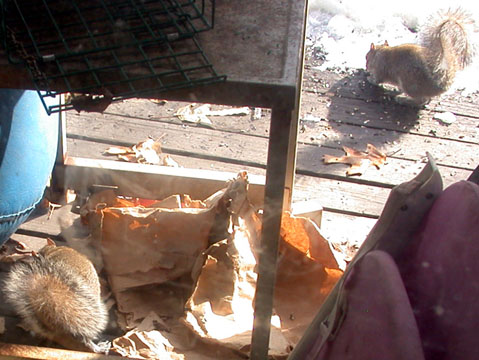 But soon the invader jumped onto another deck, and Jack and Stephen went back to dinner.