Violating the Articles of War

The further adventures of Jack and Stephen, the squirrels who live on the deck. 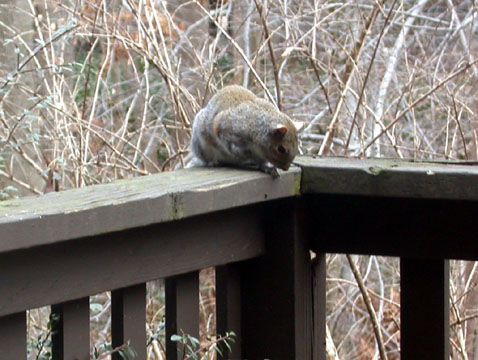 One bright afternoon on the deck, Jack looked down to see Stephen engaged in his favorite activity... 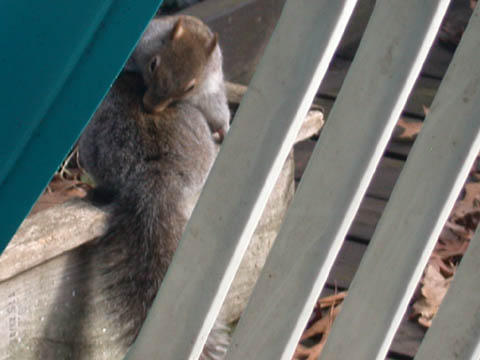 ...licking himself. (Well, his favorite activity next to climbing trees.) 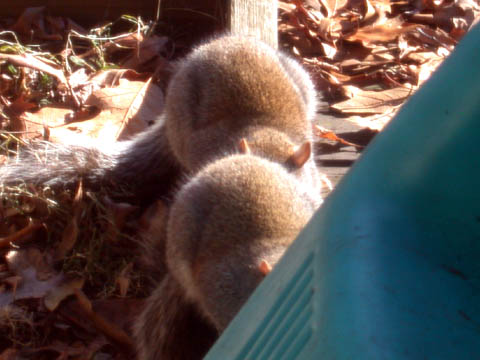 "Hey! I can do that!" Jack said, and jumped down to join him. 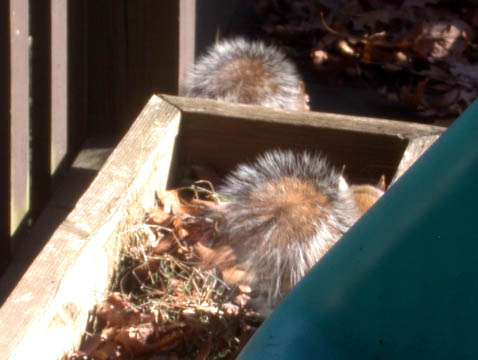 But Stephen realized that they were being watched! Quickly they ran... 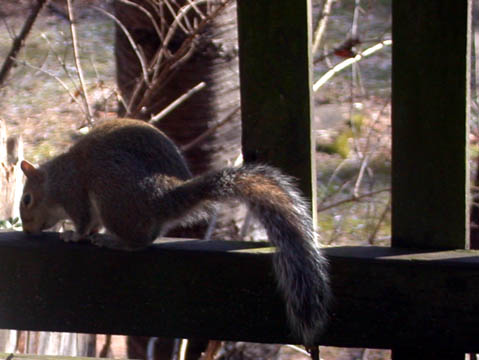 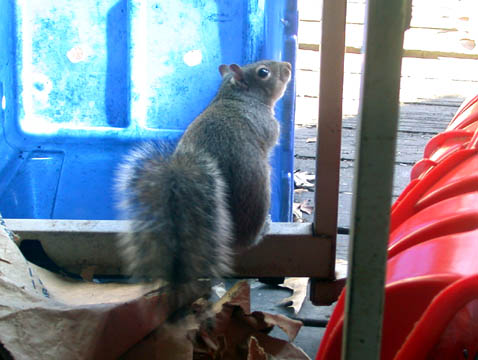 ...while Stephen hid behind a bucket. 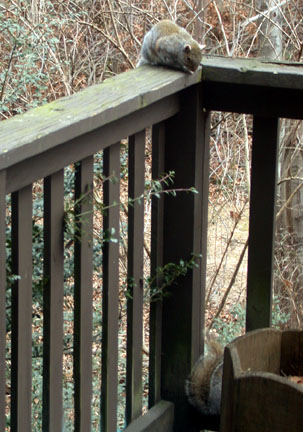 Soon, however, they were bored. Jack came back to get Stephen... 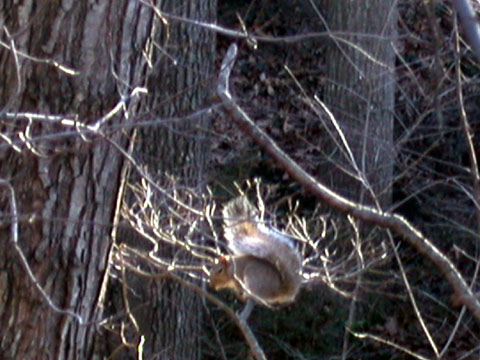 ...who went off with him to their love nest in the trees.