One snowy day, Jack and Stephen's deck was boarded by a foreign squirrel! French, we suspect, though it could be Spanish or Canadian or Virginian. 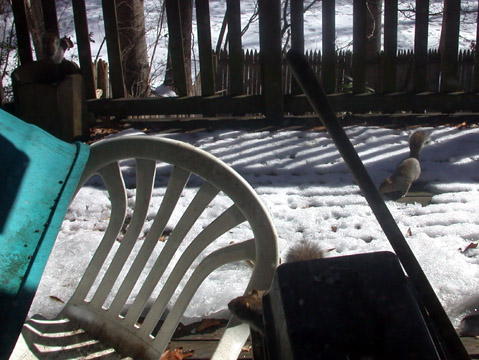 Despite the snow, Jack and Stephen immediately stopped foraging for birdseed to defend their prize. 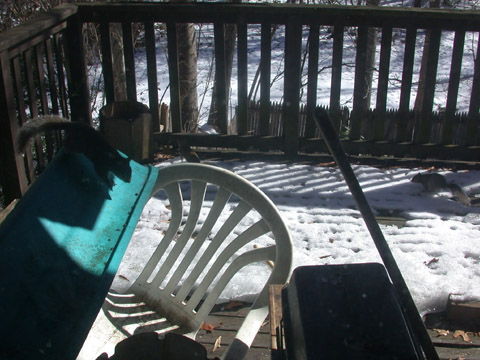 They raced to take up defensive positions around the deck... 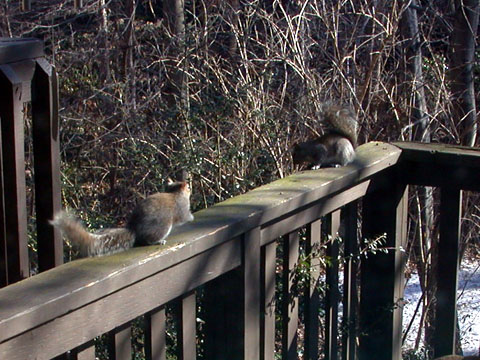 ...driving the interloper straight over the side! 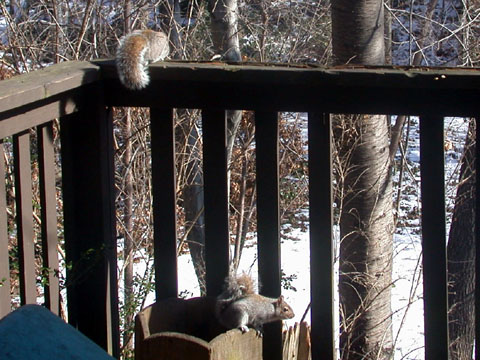 Once he was gone, they stood watch... 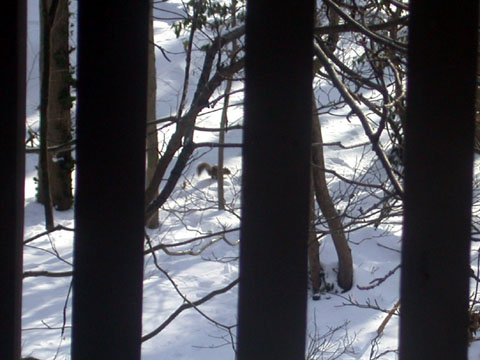 ...while the culprit raced off on semi-dry land. 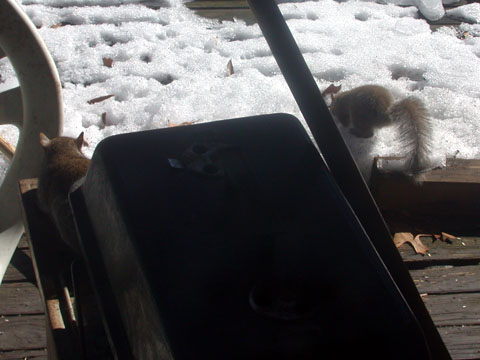 Then Jack and Stephen were free to return to dinner... 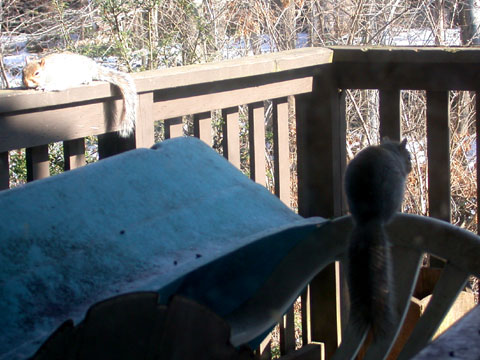 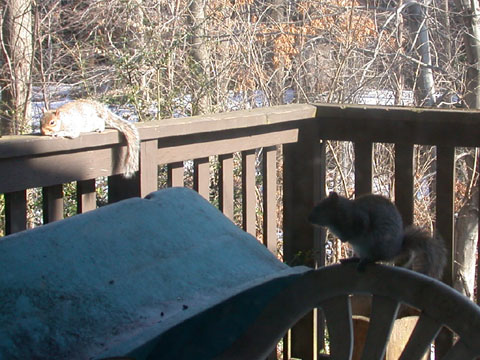 ...and keeping an eye on each other.
And they lived happily ever after.
The end.