Master and Commander: Love on the Quarterdeck

I'm not sure what it is about my house that makes rodents behave amorously. Aragorn and Boromir were busy gnawing apart their new treehouse, but outside, where the snow was melting and we had beautiful icicles hanging from the eaves, we were treated to the romance of... 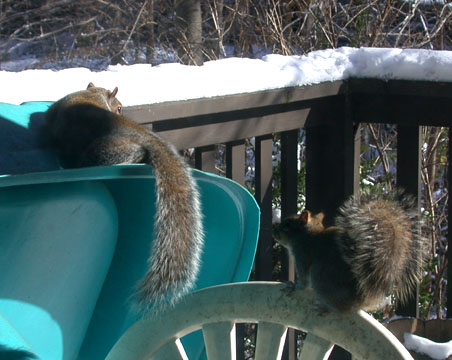 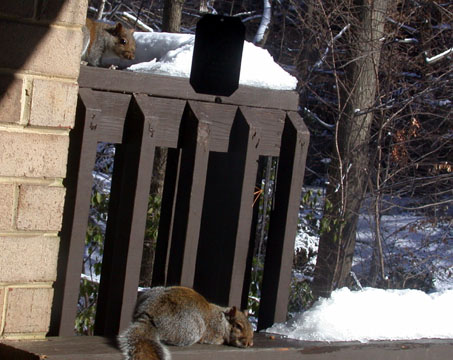 The captain climbed the, err, mast to see what was going on, while the doctor was content to peer around looking for interesting flora and fauna. 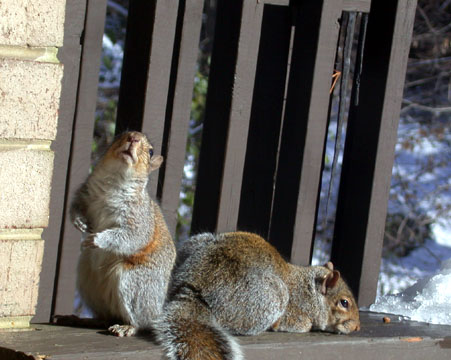 But Jack soon got lonely, and after a quick look around to make sure no midshipmen were watching... 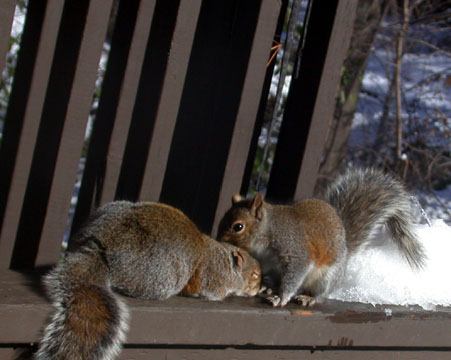 ...he snuck around and groomed Stephen's head... 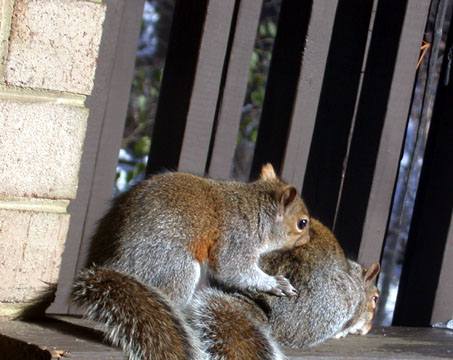 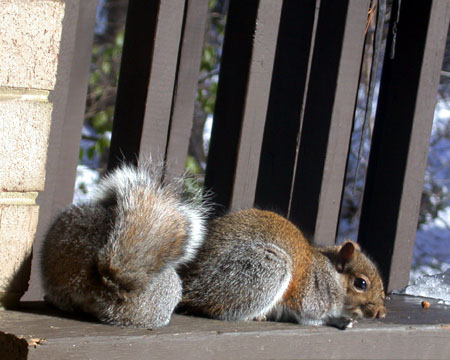 And then they curled up together and Stephen slept while Jack stood watch.
And then they jumped on the neighbor's deck and tried to leap onto the wind chimes, but maybe they were just practicing boarding foreign ships or something.

The adventures of Jack and Stephen continue:
Separated at Birth?
Blue at the Mizzen
Violating the Articles of War
Desolation Island
The Birdseed of Consolation
Invasion!
Contraption!
Jack and His Namesake
Admiralty Spies
Jack, Stephen and the Blue Devils
Skirting Article XXIX