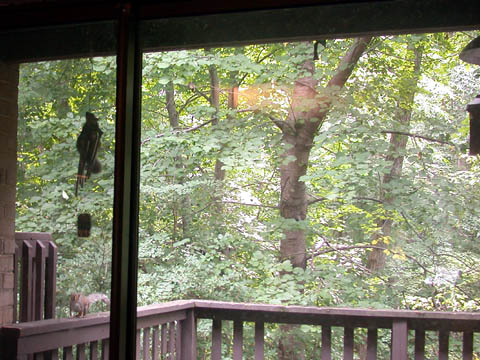 Today Jack was very naughty -- he was swinging on the wind chimes trying to fly onto the bird feeder! 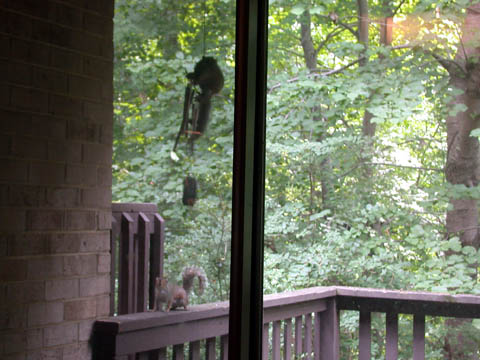 Stephen watched, knowing full well that if Jack succeeded, he'd get to eat the seeds that scattered out. 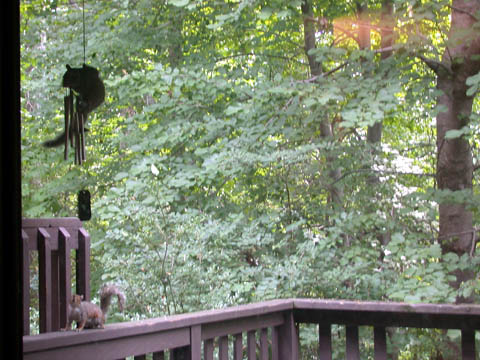 Jack, however, scared himself banging the chimes together and leapt loudly to the deck. But ten minutes later, he was trying again. 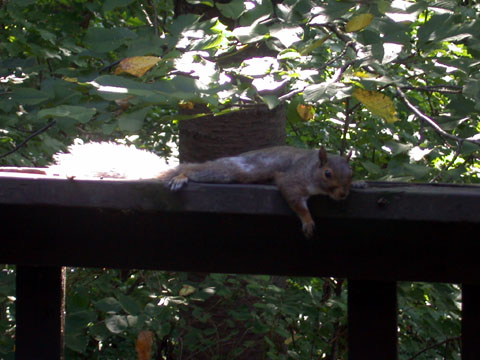 Then Stephen lounged on the deck railing... 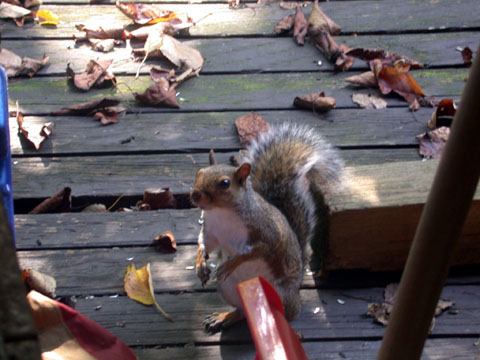 ...while Jack collected seeds that the birds had knocked down from the crow's nest. I mean, the bird feeder. 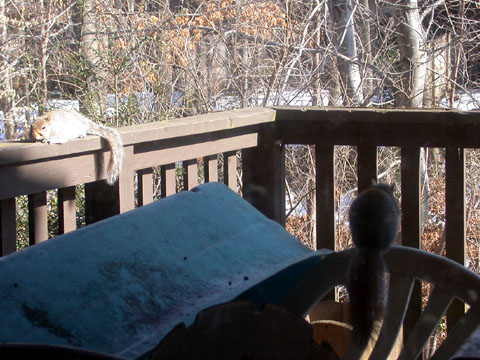 These are popular pastimes...here, taken last winter, is Stephen lounging on the deck railing while Jack stands watch... 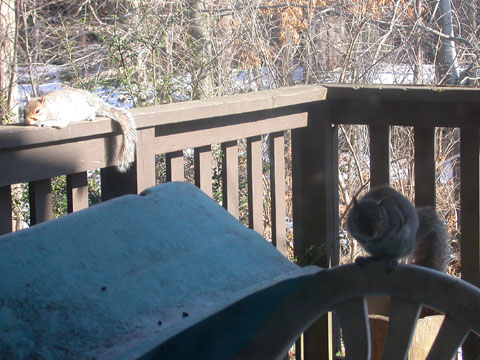 ...though of course once Jack realizes that they're being watched, he is ready to defend his deck!