The Truth About Cats And Gerbils 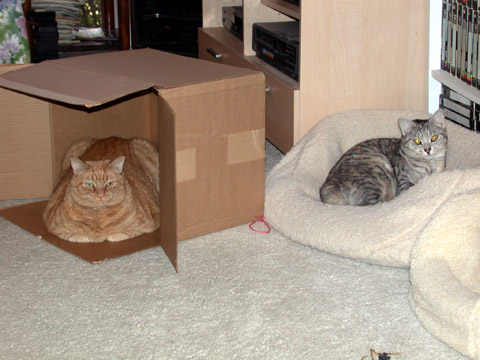 First of all, you must understand that the cats in this household consider all boxes their own personal property. Here Rosie is even willing to give up her bed to Cinnamon just so she can have a box. 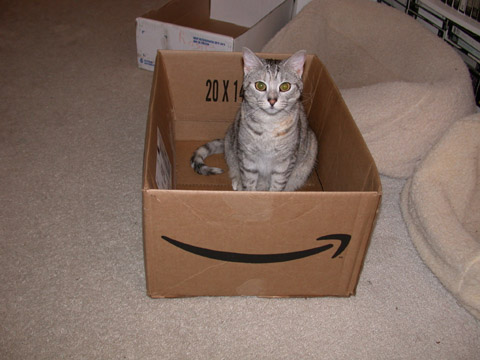 And here it is revealed that before the magical Amazon.com box turned into Lothlorien and the Mines of Moria, Cinnamon considered it her property. 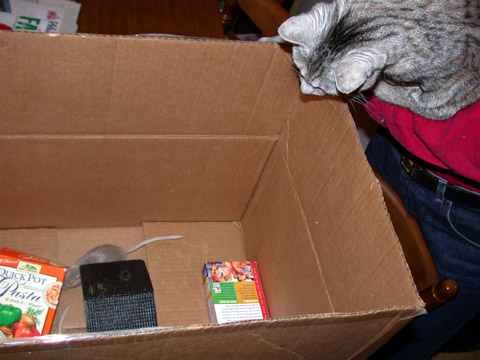 So when she discovered two pesky gerbils in her box... 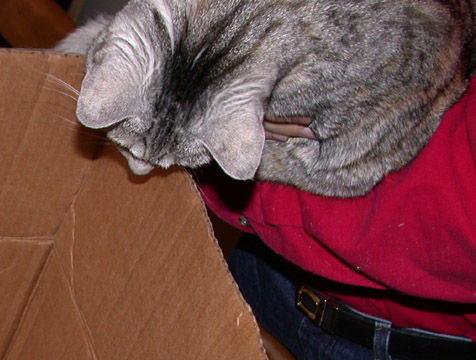 ...she was, needless to say, highly annoyed and determined to do something about it. 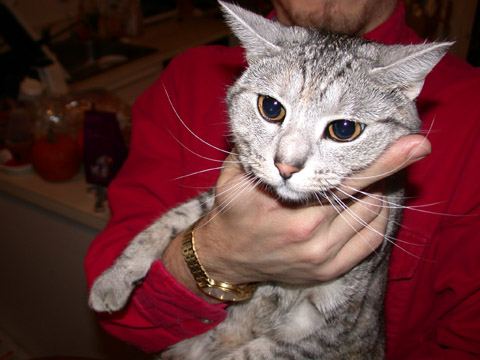 Cinnamon's eyes turn very black when she is sufficiently pesked. 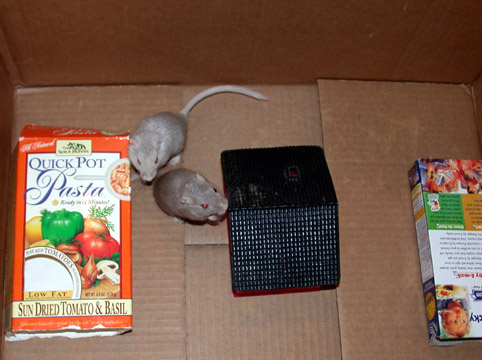 Aragorn and Boromir, however, are relatively unconcerned, as they know the Red Wizard (or one of the other big people around here) can be counted on to keep them safe from the Eye of Cinnamon. 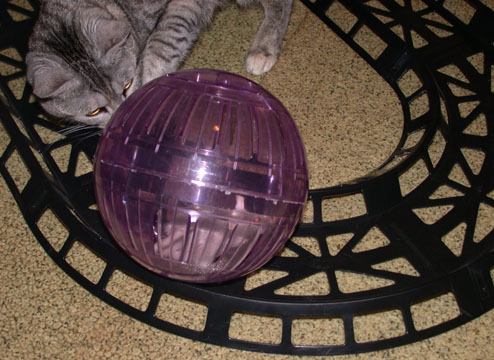 However, when they are in the hamster ball on the Hamtrack, anything can happen. 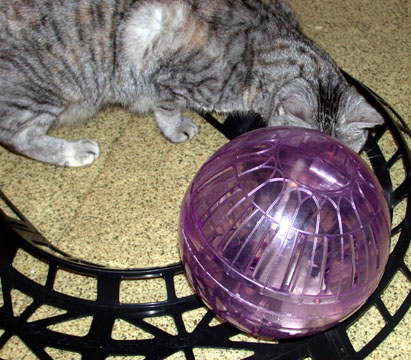 And cats attempting to stalk gerbils in the hamster ball are not unusual occurrences. Fortunately we have two boys to chase the cats away.

And lest you should think the squirrels are immune to the same pesking, here Rosie and Cinnamon watch Jack rip open a garbage bag on the deck that didn't fit into the trash can in his attempt to eat leftover chocolate chip pancakes before the evil overlords can intervene: