Penguin Tour of the Mideast, June 2006 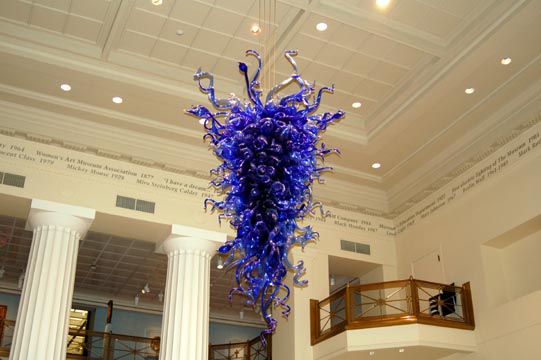 At the Cincinnati Art Museum, Chihuly glass slithers from this chandelier. 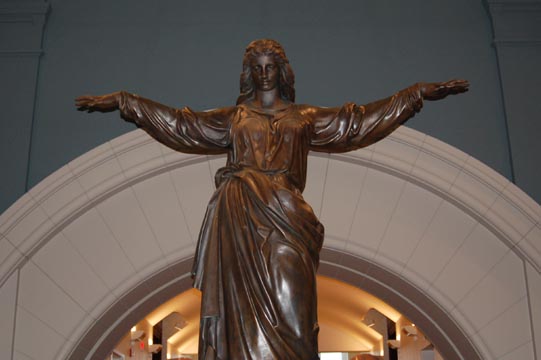 The Genius of Water by August von Kreling. 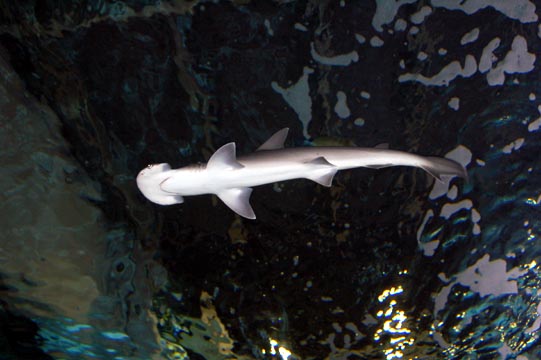 A shark swims overhead from the perspective of one of the tunnels in the big tank at the Newport Aquarium in Kentucky. 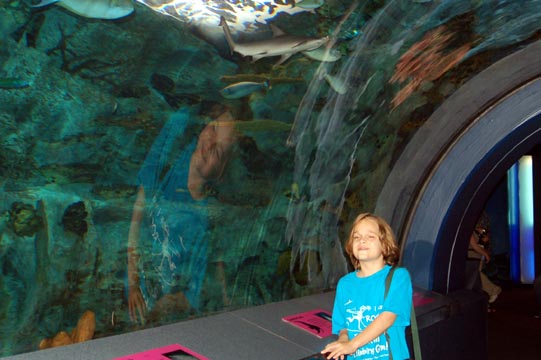 Here are Adam and his reflection beneath a shark. 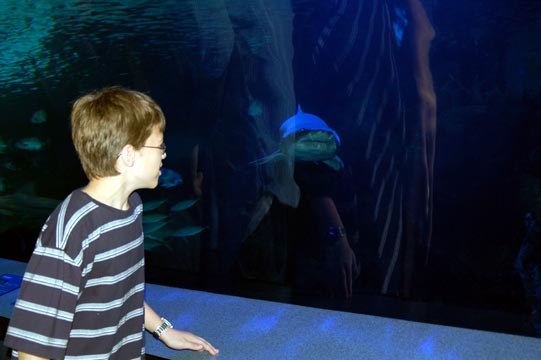 And another: it's coming right at Daniel! 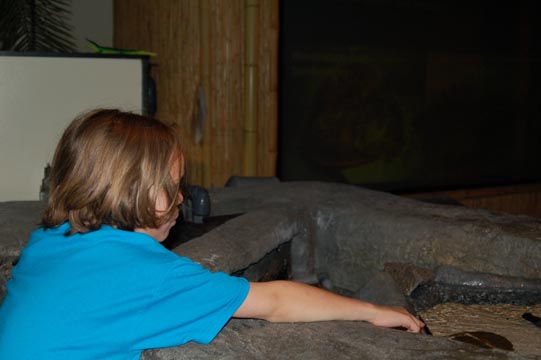 Adam pets a horseshoe crab in the touch pool. 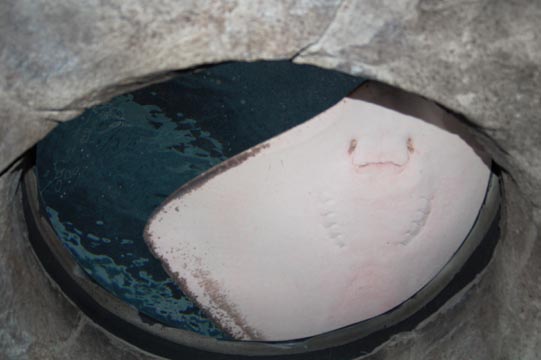 A ray seen through a hole in a passage under another part of the big tank. 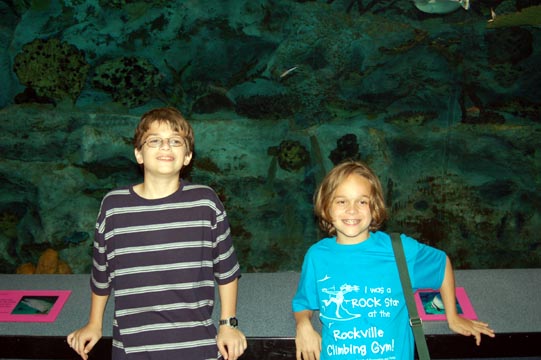 The boys take a break in a tunnel. 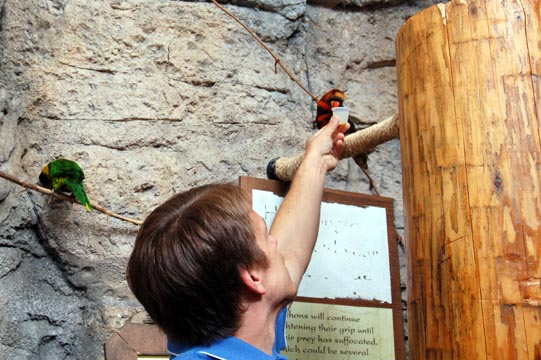 Paul makes friends with a lorikeet. Unfortunately these birds often bite the hand that feeds them. 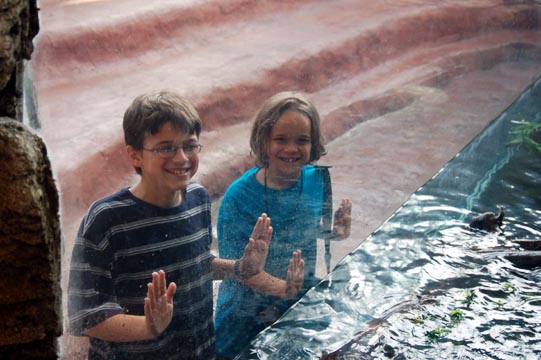 Daniel and Adam watch the otters. 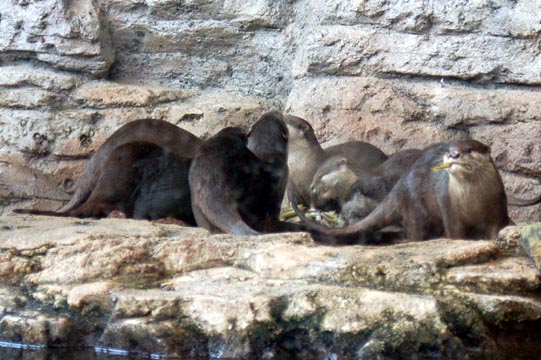 Otter feeding time: one eats a fish after performing, but another must sit and stand on its haunches first. 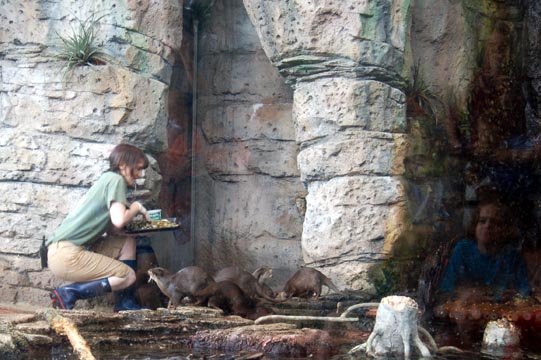 Adam, reflected in the glass, watches the proceedings. 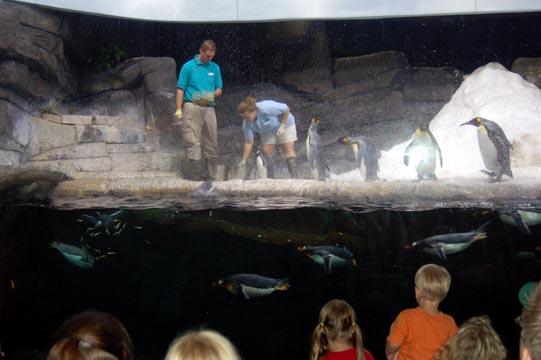 And this is penguin feeding time: while the Gentoo swim for their fish, the adult Kings waddle over for theirs. 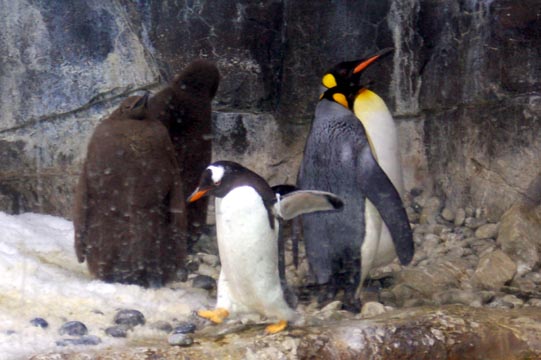 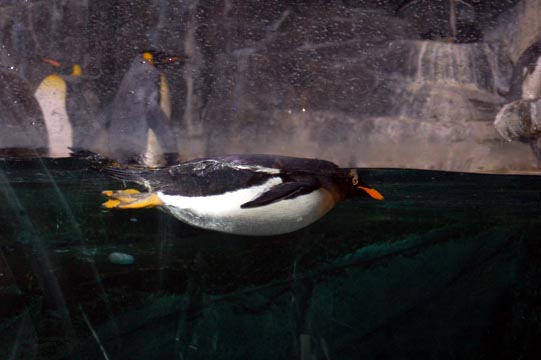 Another Gentoo shows off its swimming skills in front of two indifferent Kings. 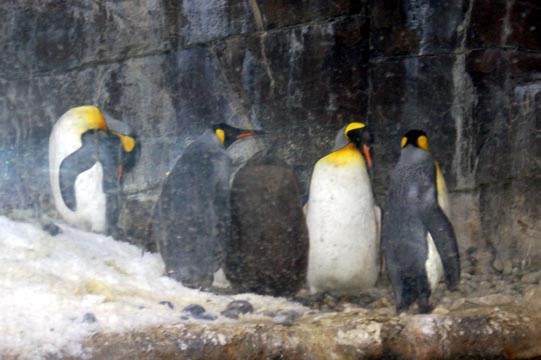 And another view of a King baby, as big as its parents but unable to swim or feed itself.