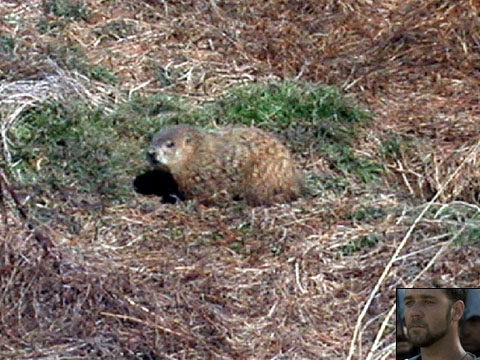 The groundhog that lives in my in-laws' backyard. For obvious reasons I am dubbing him Maximus. 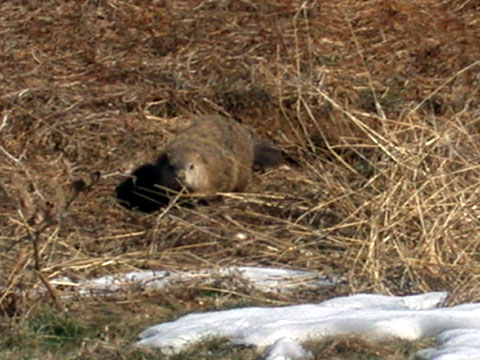 Maximus sees his shadow. Six more weeks of winter! Are you not entertained? 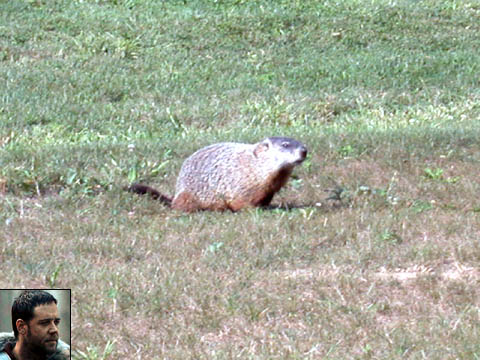 Maximus is a brave gladiator! He faces down my in-laws' beagle fearlessly. 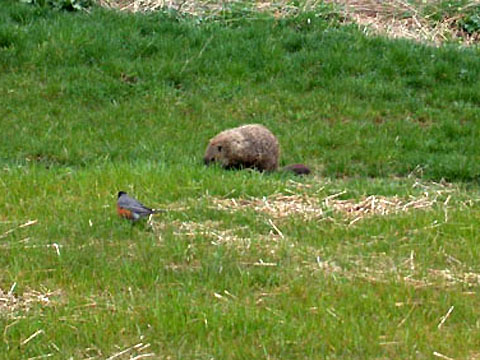 Maximus and a robin. 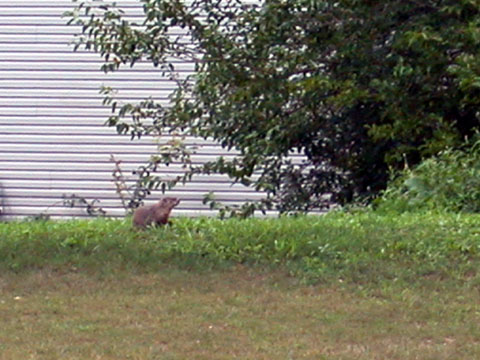 What do you do when you're a poor fuzzy Roman general and a crazy woman with a camera is chasing you? 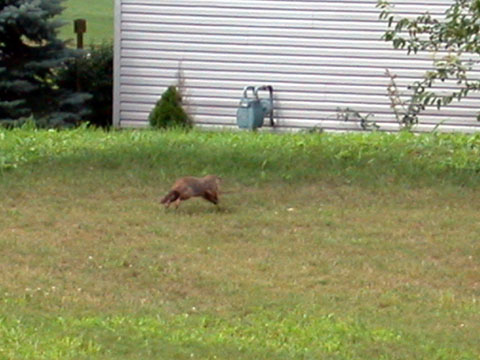 Why, you race between the buildings, scamper across the battlefield... 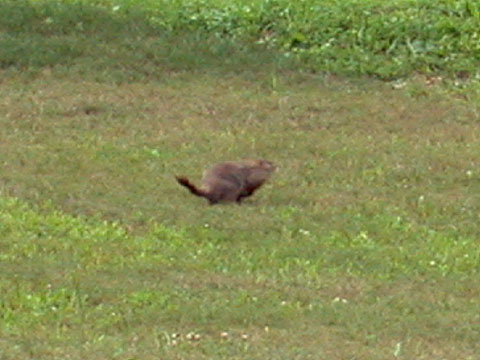 ...and take refuge on your farm, where your family awaits you in your hidey-hole. 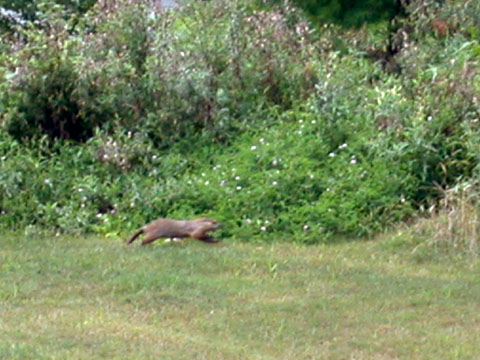 Not only does it appear that Maximus may have a significant other sharing his hidey hole, but he has at least one particular friend down there too. Or maybe he has multiple wives and concubines! 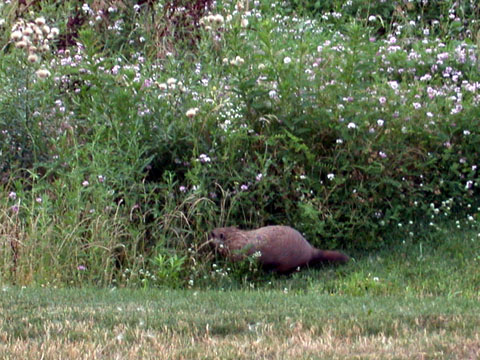 Here we see the gladiator looking incongruous among the flowers. 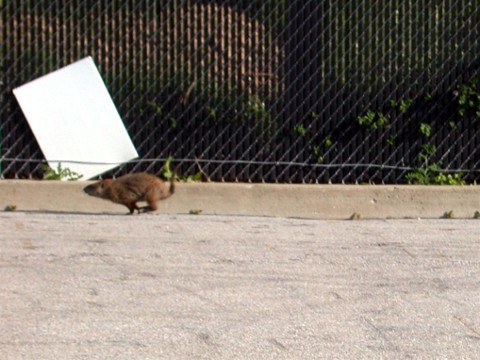 Unfortunately the groundhogs have all been spending time on the far side of the high hill behind my in-laws' house, which backs up to a Wal-Mart. Here is Maximus fleeing across a curb when I tried to take his picture. 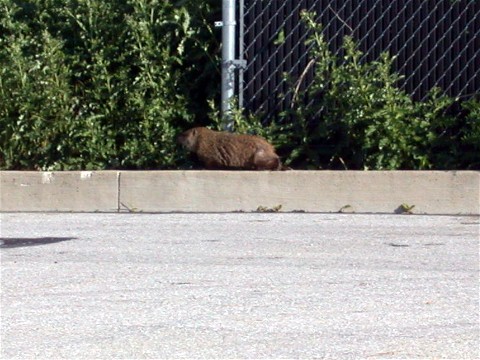 And here Maximus skulks around the Wal-Mart parking lot fence. 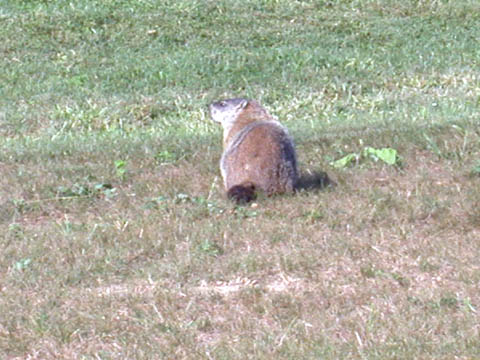 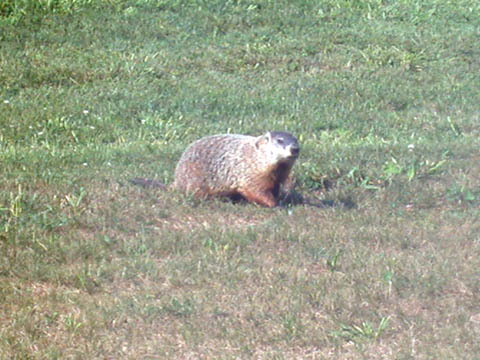 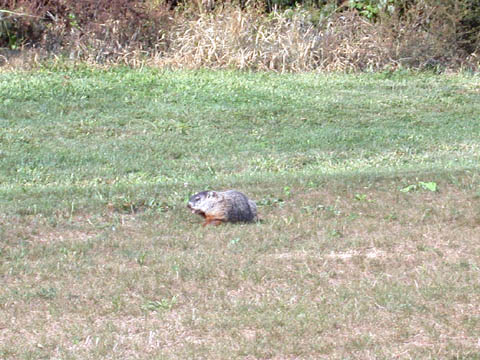 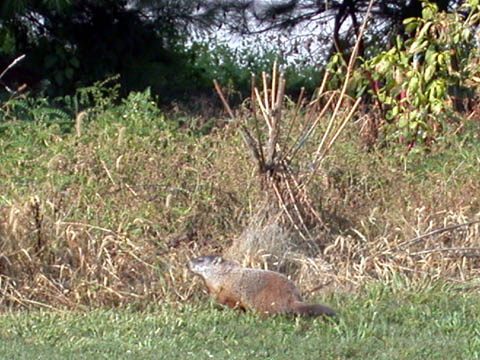