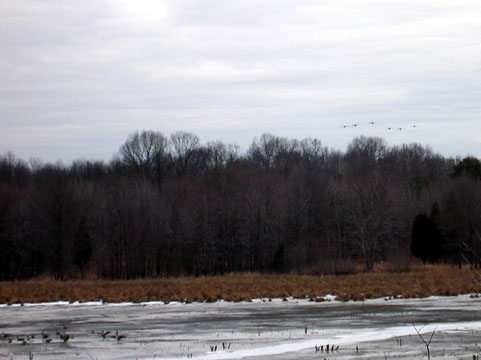 Wetlands in Winter: A flock of geese flying in at Huntley Meadows Park in Fairfax County, Virginia (you can see how it looked in June here). 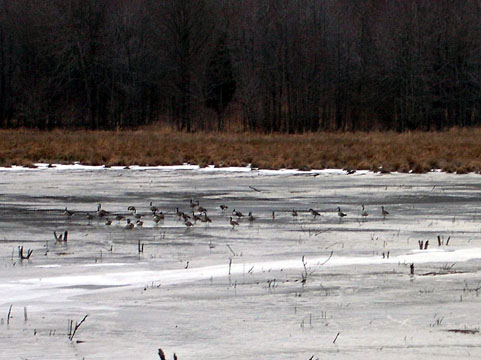 The geese in the air met up with the gaggle already on the ice. We also saw a heron fly around the perimeter of trees at the far edge of the wetlands, but it landed too far away for me to attempt to photograph. 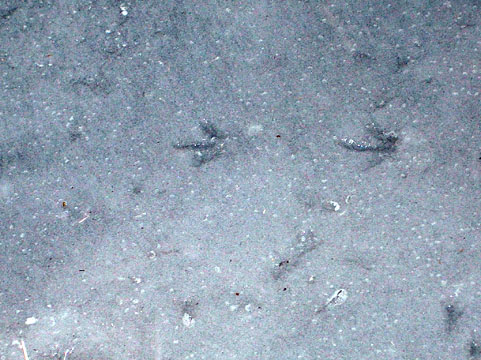 There was a great deal of evidence on the ice that there had been more waterfowl -- it was warmer earlier in the week, and the slushy snow had apparently refrozen when the temperatures dropped, with footprints from deer and things with paws as well -- probably dogs, though technically it is illegal to bring dogs out onto the boardwalks or in the wetlands. 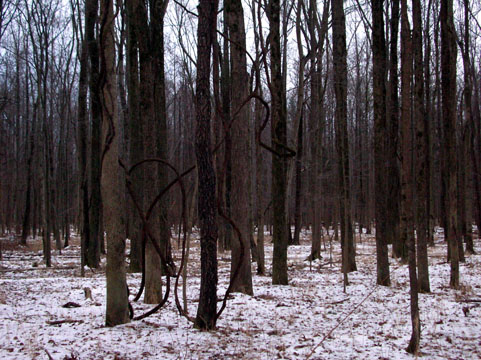 Back in the woods, the snow looked as if it had never melted; I doubt enough sunlight got through. 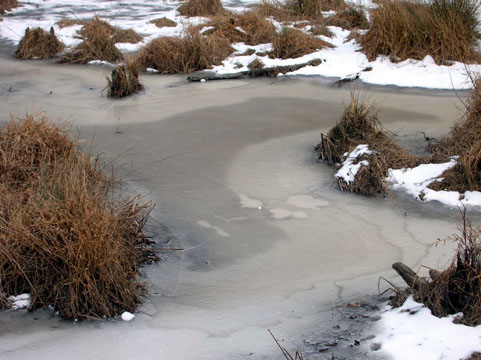 Nonetheless there was a lot of evidence that the ice was not solid -- big bubbles visible beneath the surface and running water in places. 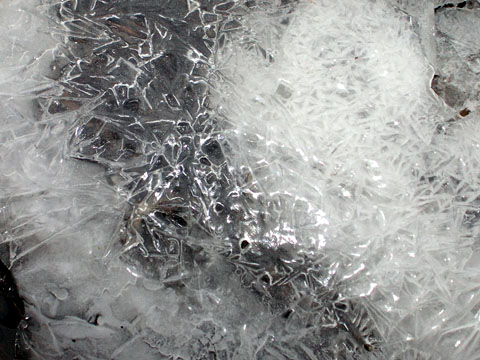 The patterns of the crystals were gorgeous. 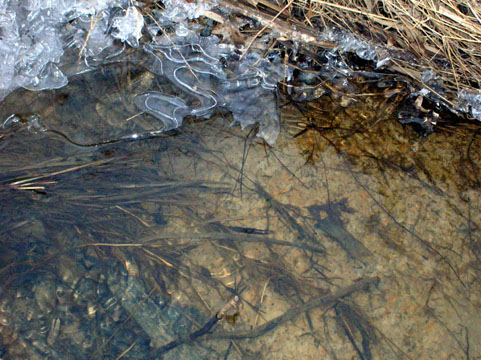 The edge of the thaw.