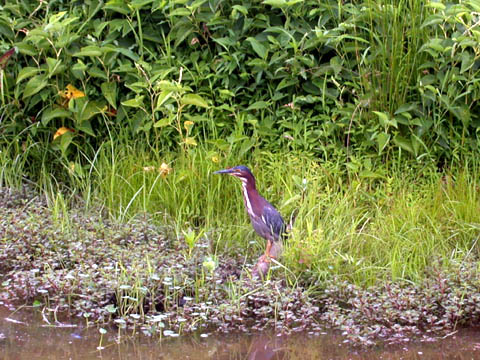 A blue heron in the marsh at Huntley Meadows, Virginia. 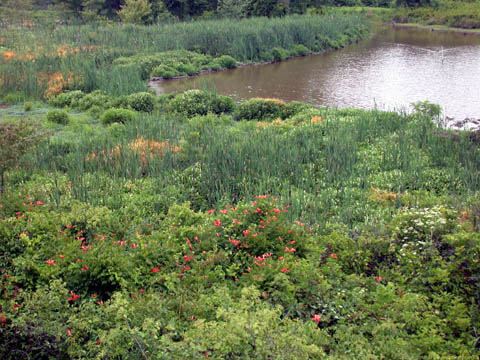 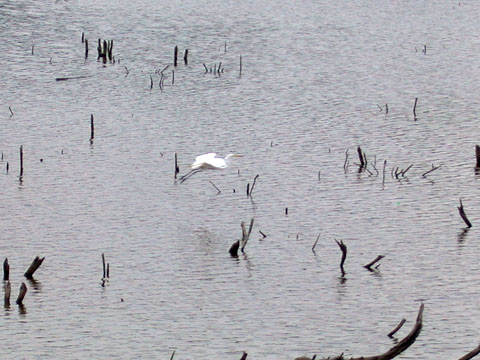 An egret about to land in shallow water. 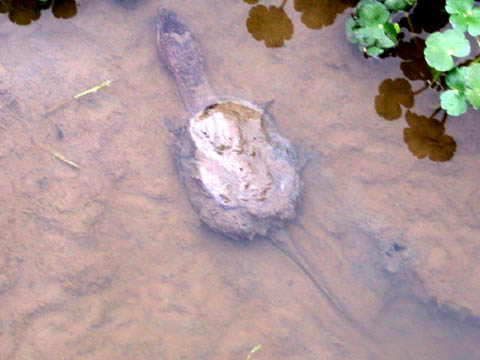 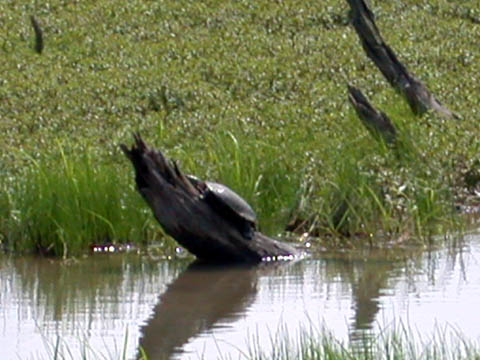 ..and a big box turtle in the sun. 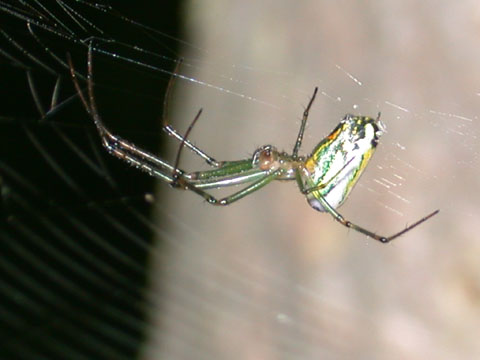 A spider spinning between two stalks. 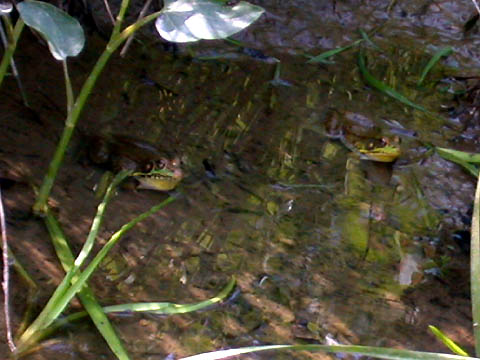 The air was filled with the sound of bullfrog singing. 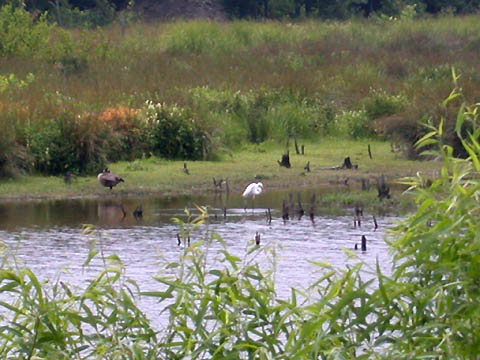 A goose and an egret on the far side of the dam. 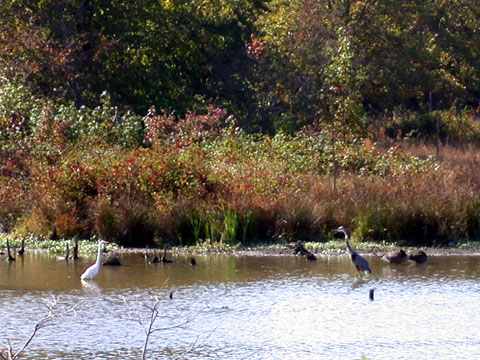 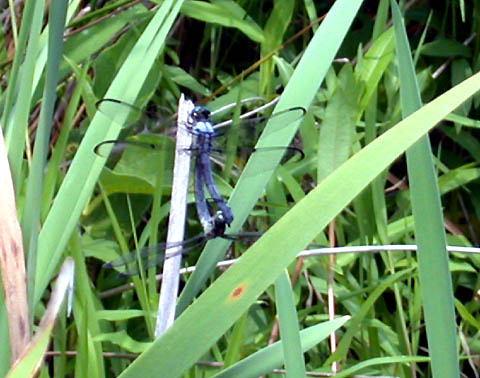 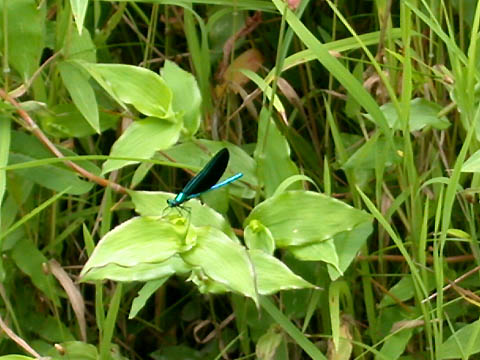 A damselfly -- the wings fold back at rest. 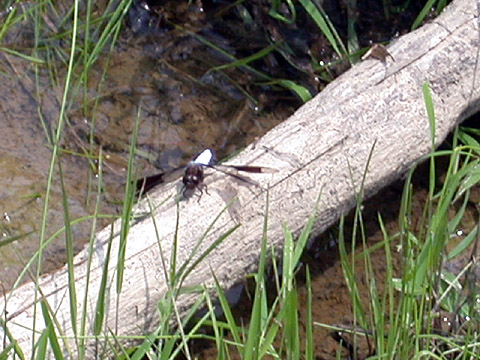 Resting by the water. 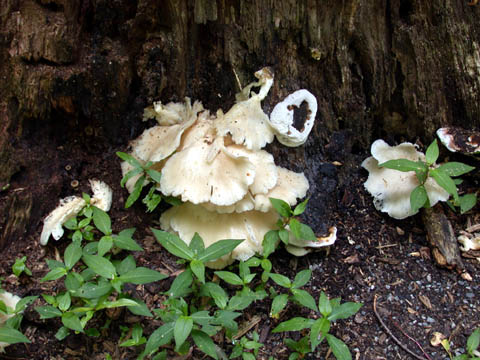 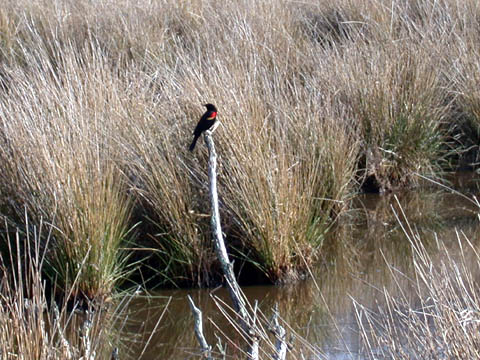 Red-winged blackbird among the cattails. 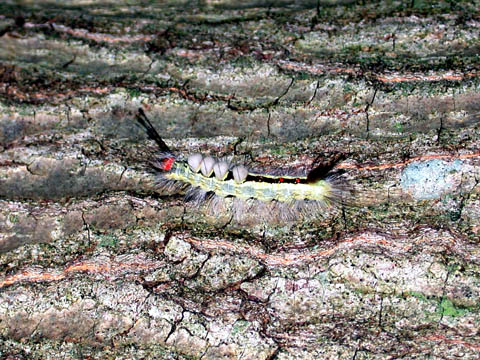 Some kind of caterpillar. This is not color-corrected, though I did use a flash; those are actually the colors of the bug and the bark in extreme close-up. 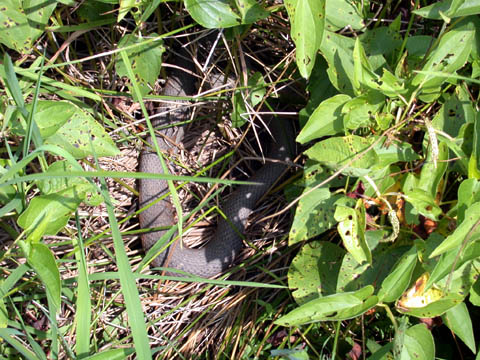 Snake in the grass. 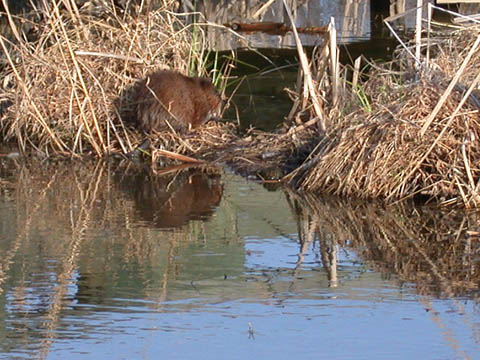 Muskrat below the boardwalk.