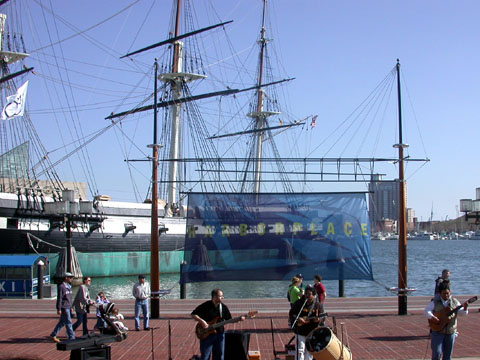 On any given Saturday or Sunday, there will be musicians, clowns, mimes and various other performers in the open stage area between the buildings of Harborplace. Here, an Andean group with the USS Constellation in the background. 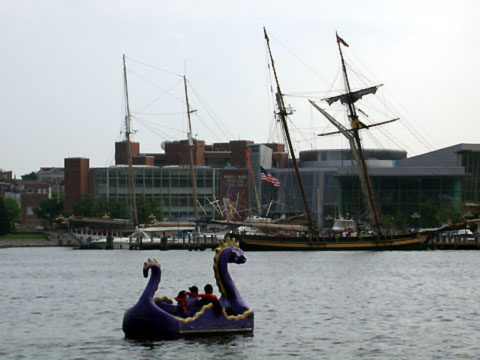 A view from the deck of the Constellation -- tall ships, a dragon boat and the Maryland Science Center with the IMAX theater, set to unveil its new wing in a few days. 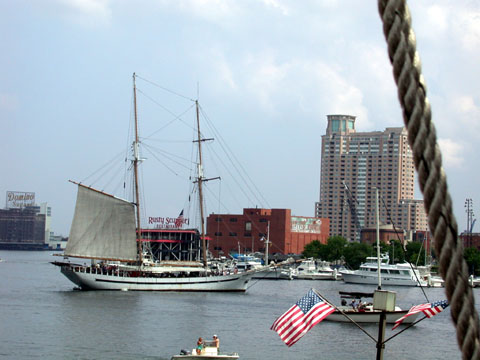 Another view from the deck of the Constellation -- the old Domino Sugar plant, the Rusty Scupper restaurant, and various ships in the Inner Harbor. 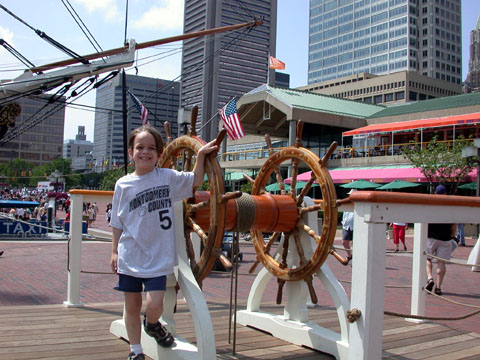 Adam at the Constellation wheel in front of Harborplace. 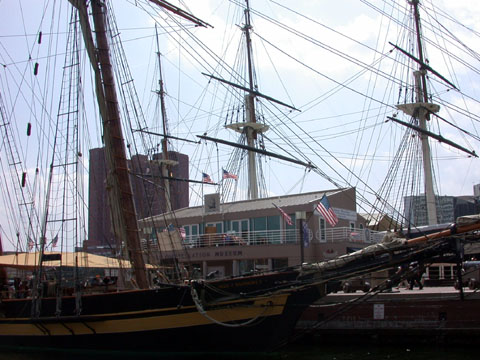 The Pride of Baltimore II and the Constellation before the former sailed around near the science center. 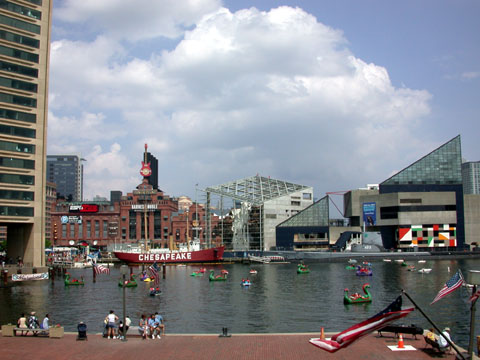 The Chesapeake, the Tossk submarine, the aquarium, the power plant and a piece of the world trade center. 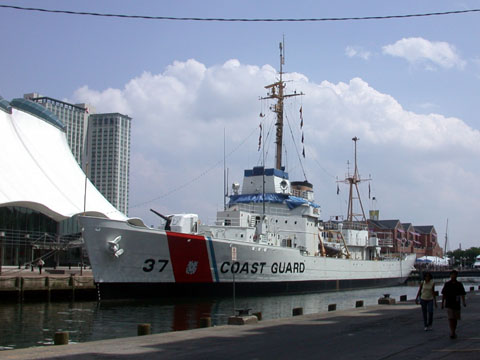 We toured this coast guard ship several years ago -- before 9/11 -- when it was docked in front of Harborplace. Now it appears to be more officially placed near the trade center, which had big naval blockades in front of it for many months before the more recent heavy wire barricades. 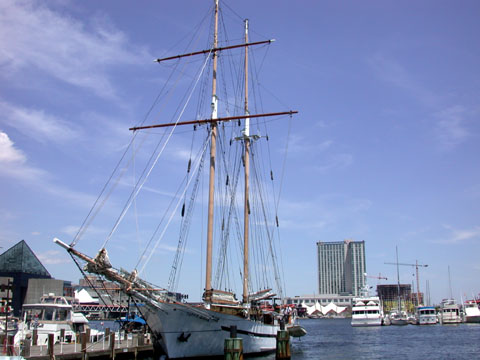 Clipper City, one of the ships that gives tours of the harbor. 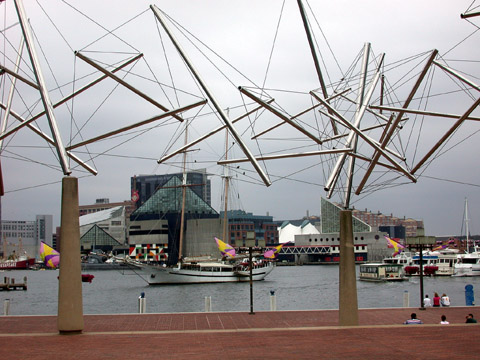 In front of the Maryland Science Center, looking through the funky sculpture at the ship, a harbor taxi, the aquarium and the power plant. 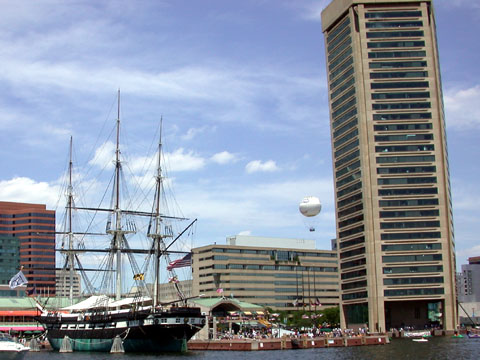 Constellation with the World Trade Center on the far right and the Port Discovery hot air balloon floating in the background. 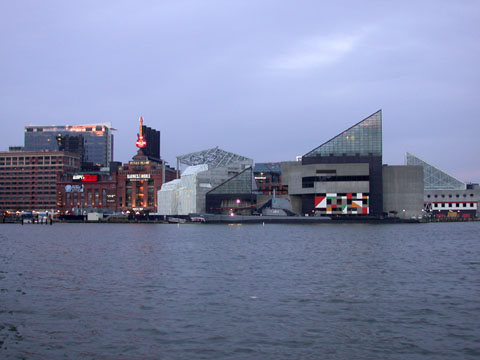 Across the harbor at dusk: the aquarium and the power plant.