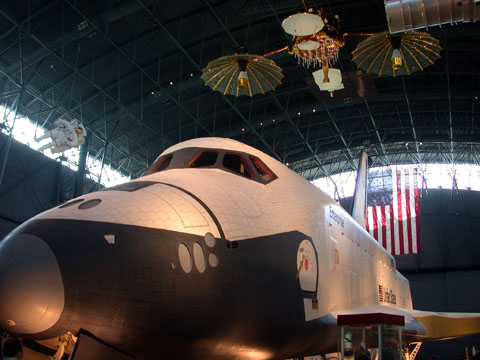 The shuttle Enterprise in the space hangar at The National Air and Space Museum's Udvar-Hazy Center. Many of the tiles have been removed from the outside for use on later shuttles, and the inside contains no equipment (even the front viewports are gone), but this massive frame that once took off from the back of a 747 can be walked around completely. 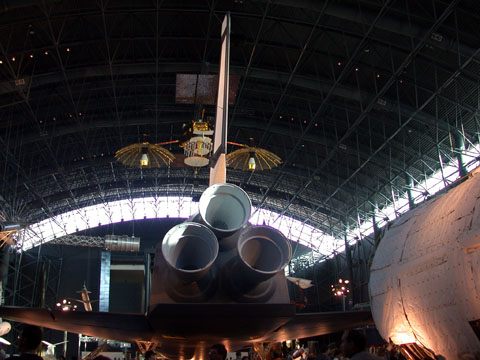 Here's a rear view, with Spacelab on the right. I feel quite possessive of the first space shuttle, because I was one of the thousands of Trekkies who wrote to NASA asking that the orbiter be named Enterprise in honor of Captain Kirk's. (In my defense, I also wrote to Gerald Ford asking why the US was not going to build a Halley's Comet fly-by, and got a nice letter back from someone in his administration assuring me that it wouldn't be necessary, so when the US was the only nation with significant capacity for spaceflight that did not study the comet from space and the newspapers were asking why, I could only harrumph.) 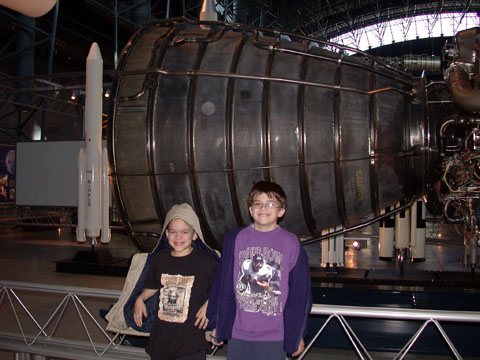 Here's one of the shuttle engines -- those big round things in the previous photo, including the interior wiring that can't be seen on the orbiter itself. 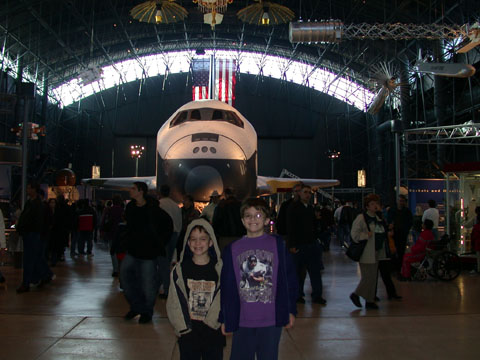 Just to give a sense of the size of the thing, here's a shot where you can see Adam, Daniel and the people on the side of the hangar. For another perspective, there's also a suit from a space walk hanging from the ceiling. My children had been to the hangar before but I had not, so I got lots of information about the tiles on the shuttle and which engines went with which rockets. 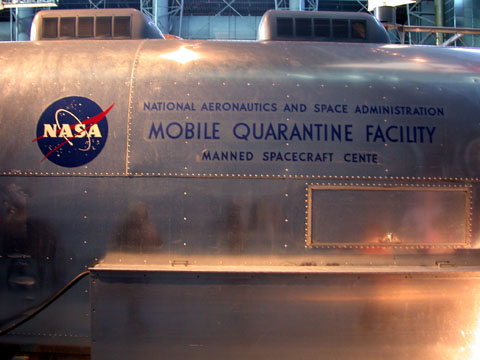 NASA's astronaut quarantine facility for the first men on the moon, lest they should have brought rare lunar bacteria back with them. I'm sure this useless piece of equipment cost a fortune to build. 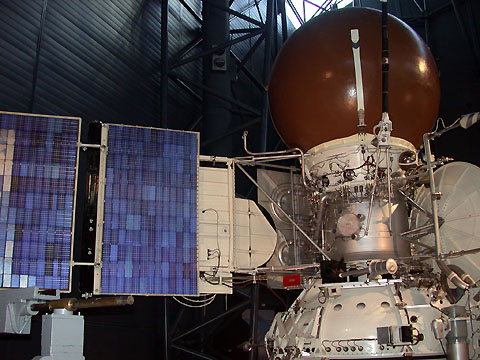 The descent module of a Vega spacecraft. The Soviet Union launched two, each of which sent a module to Venus where they broadcast for less than an hour about the planet's atmosphere and soil before burning up. The larger part of each craft then did a flyby of Comet Halley and revealed that its surface temperature was much warmer than expected. See, someone was doing the work on Halley... 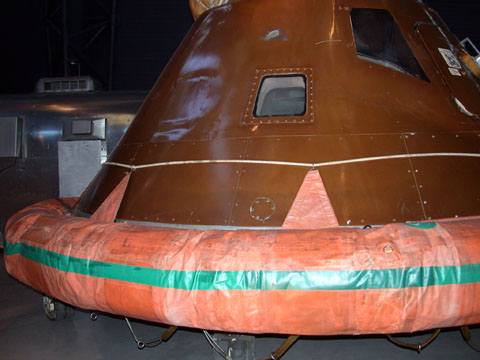 Among the more interesting artifacts were astronaut food that looked inedible, and, worse, the waste elimination systems (apparently astronauts nowadays wear Depends during spacewalks in case of emergencies). I have known for years that I could never have been an astronaut because I'm too claustrophobic to survive in the capsules, and it's worse up close to this one. 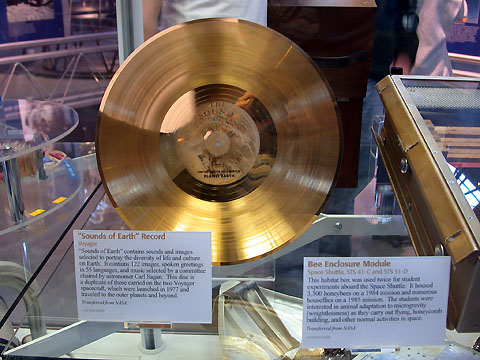 The disc of sounds and images from Earth sent up with both Voyager spacecraft. If you saw Carl Sagan's Cosmos in your youth as I did, you remember all the things on here! 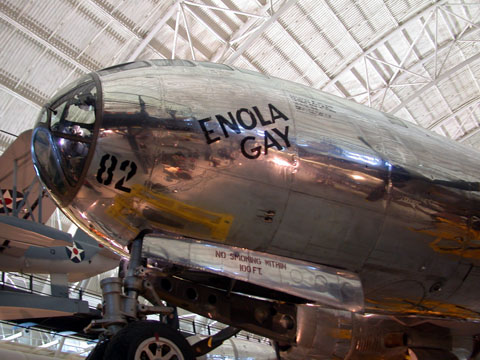 It's so strange seeing Nippon and US rockets next to one another in the space hangar, then walking into the aviation hangar and seeing the kamikaze planes and the Enola Gay, and realizing that these things were all built within my parents' lifetimes as well as the Concorde -- the planes and computers that brought the world together, and the ones that nearly tore it apart. When my children learned that the first atomic bombs had been dropped on Japan by the United States, they were absolutely flabbergasted -- to them Japan is our greatest friend and ally, home of Nintendo and Sony -- how was it possible that during the century in which they were born, there could have been a war in which Japan was the enemy? 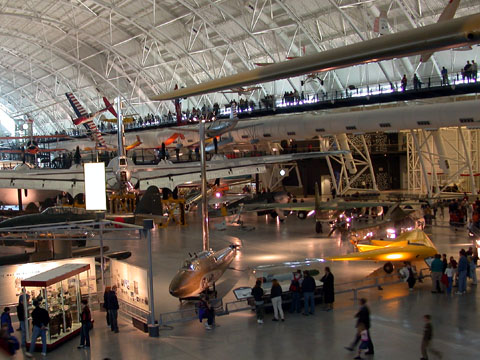 View from above of the aviation hangar. There's a Concorde, a Boeing 747, numerous warplanes from all sides, some early experimental flight vehicles and a Lockheed Blackbird. 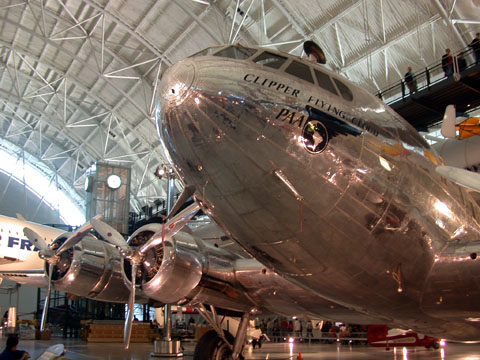 Pan Am's Flying Cloud. This photo is here just because she's such a beautiful plane. 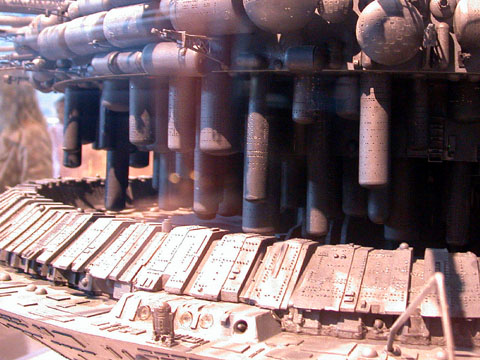 A miniature R2-D2 on the model of the mothership used in Close Encounters of the Third Kind, which also has a cemetery, a Volkswagen, some airplanes, beer cans and other anachronisms built in that the model designers knew would not be visible in the film, given the planned angles and lighting effects. (You had to figure I'd get some more sci-fi geekery in, didn't you?) 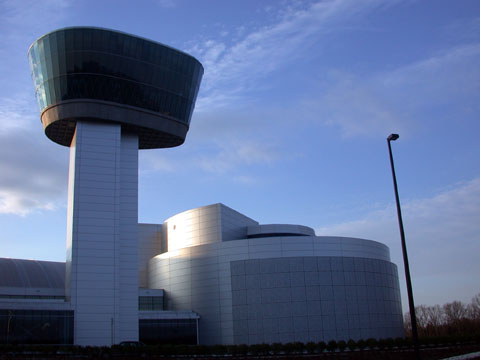 From outside the Udvar-Hazy Center. The tower offers views of Dulles Airport and Virginia farmland. 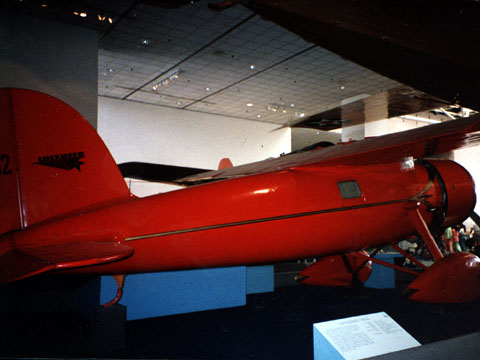 And this plane is not, in fact, in the Udvar-Hazy Center but in The National Air and Space Museum itself. 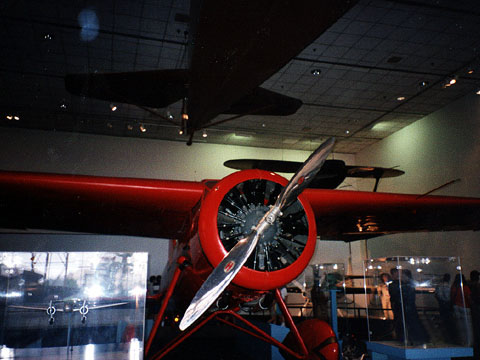 It's Amelia Earhart's Lockheed Vega -- photo taken several years ago, but well worth a look.