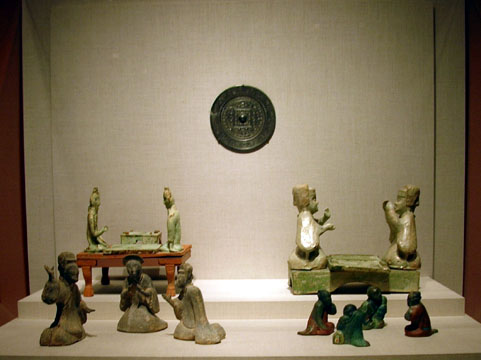 We saw the Asian Games exhibition at the Sackler Gallery. These are pottery and ceramic weights and tomb models of game players from the Han dynasty. Photography was not permitted in most of the rooms of the gallery, so unfortunately I have none of the playing cards or outdoor games; these were all in the area around the game room where people could play checkers, chess, etc. and there was no flash allowed anywhere, so some of them are rather blurred. 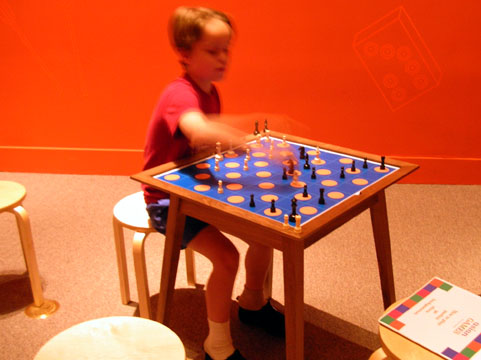 Here for instance is Adam playing chess against me. The exhibit was set up wonderfully for kids, as there were design-your-own-game-board activities and a roomful of tables set up for chess, checkers, pachisi and go. It wasn't a very large exhibit but the carved chess pieces and embroidered boards were astonishing, as were the hand-painted cards. 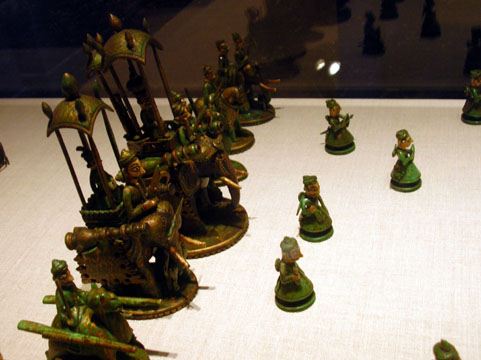 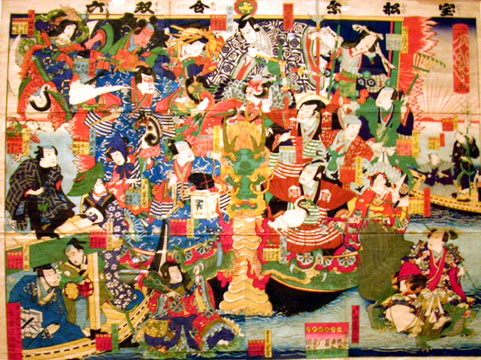 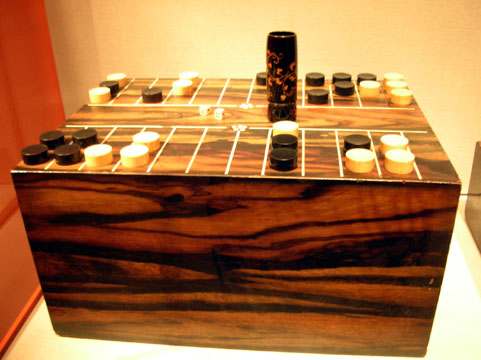 A citrus tree design ban-sugoroku board, along with a container and pieces. 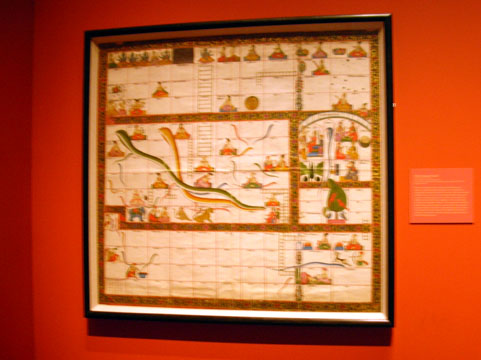 An 1800 Maharashtra Snakes and Ladders board. 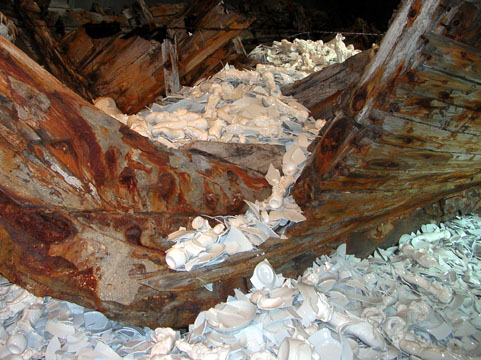 In addition to the Asian Games exhibit, we saw "Reflection" by Cai Guo-Qiang, a Chinese artist who created an "ocean" of porcelain shards and fragments from China upon which to display the hull of this century-plus fishing boat excavated off the coast of Japan. 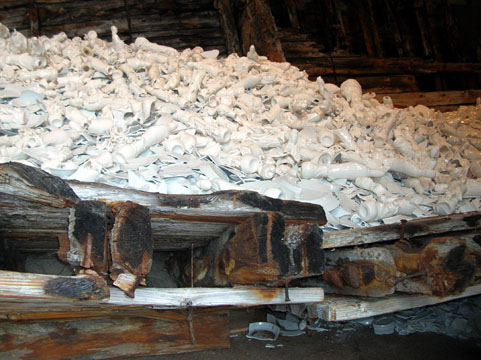 Many of the porcelain pieces are shattered sculptures of deities, though others seem to be plates and cups. Here are more images from the artist's own web site. 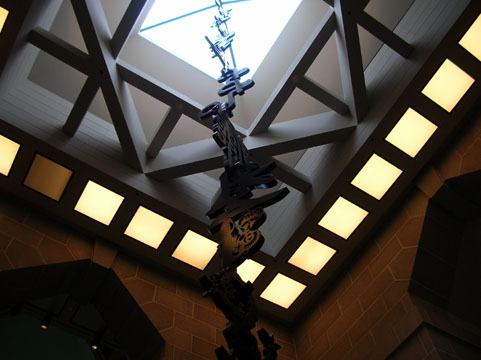 "Monkeys Grasping for the Moon" by Xu Bing. Most people have seen some variety of the Barrel of Monkeys toy where you make chains of little monkeys holding hands to see how long you can get it; this one is made of pieces of wood, 21 in all, which each form the word "monkey" in a different language. They hang from the skylight down to the pool of water in the museum's lower level. 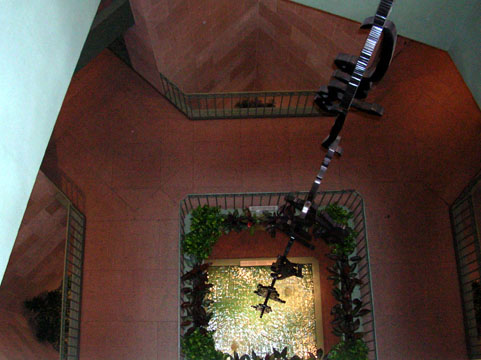 I only found this out at the museum, but apparently that game was inspired by a Chinese folk tale "in which a group of monkeys attempt to capture the moon. Linking arms and tails, they form a chain reaching down from the branch of a tree to the moon's shimmering reflection on the surface of a pool lying beneath them, only to discover the things we work hardest to achieve may prove to be nothing but an illusion." (The quote is from the museum's web site.) 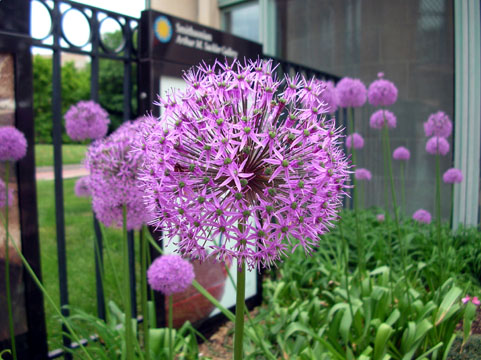 The garden in front of the Sackler Gallery. 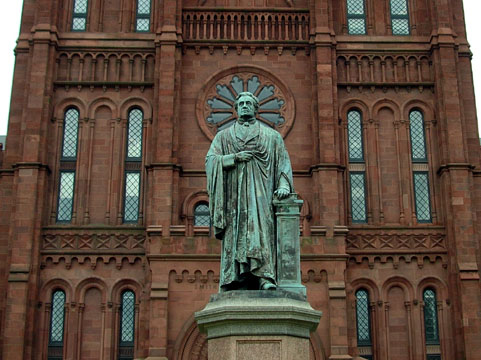 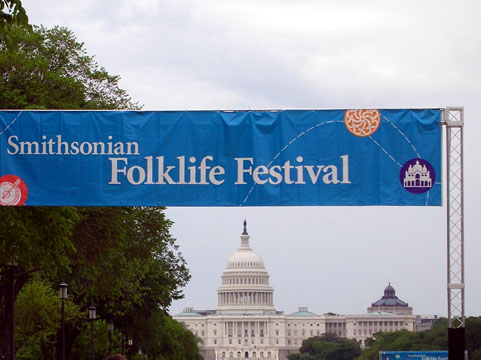 Though the 2005 Folklife Festival does not begin until June 23rd, preparations have already begun. 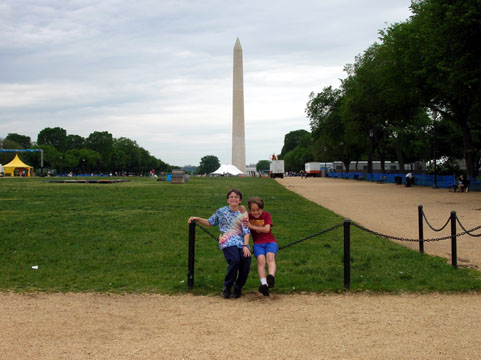 And here are the kids.