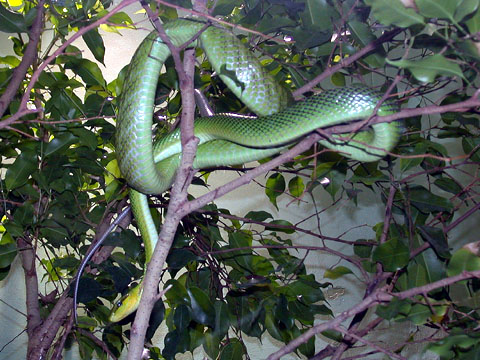 This snake in the Reptile House reminds me of paintings of the serpent in the Garden. 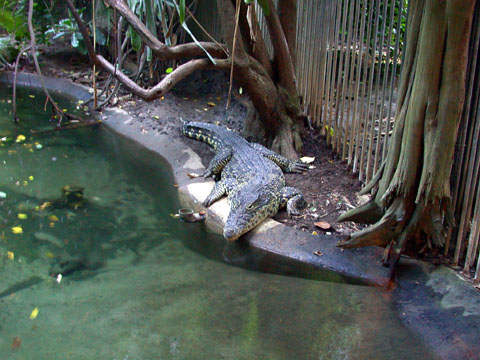 Never smile at a crocodile... 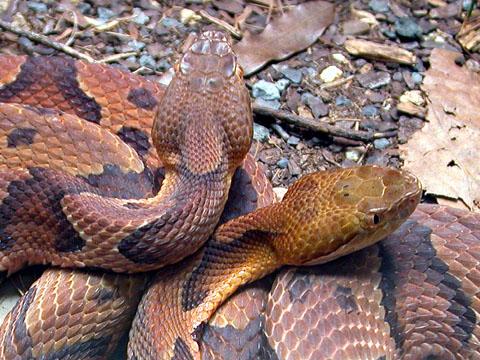 Copperheads, the only sort of poisonous snake that I have ever seen in the wild, though we heard rattlesnakes in national parks when we were driving west last year. 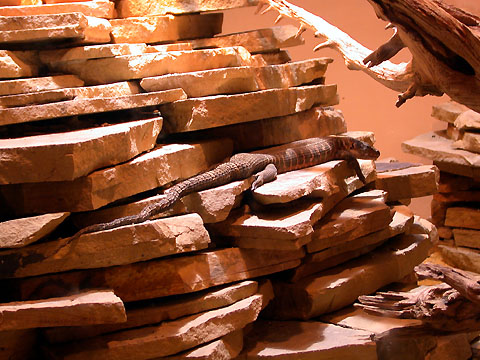 An African plated lizard hiding from his heat lamps. 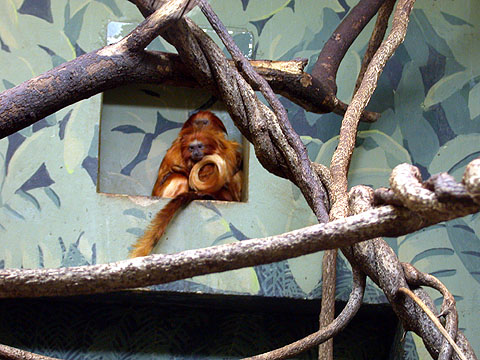 These are golden lion tamarins, one of the world's most endangered species. 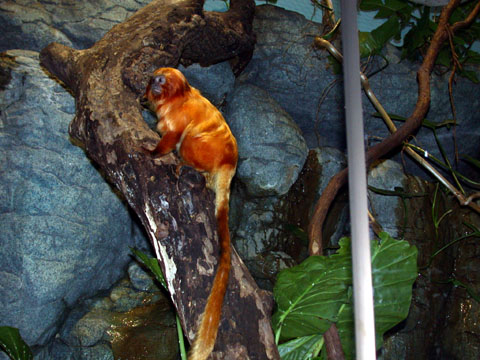 In the summer they live outside in the trees on the walk from the bear enclosures, where the zoo is trying to breed a population. In the winter they move indoors and can be seen in a great many of the exhibits in the Small Mammal House. 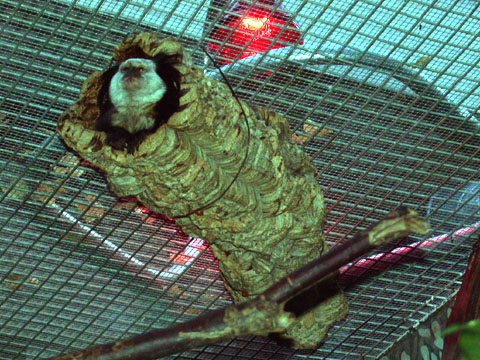 And here is a pygmy marmoset up in a log, with another crammed in behind whose tail may or may not be visible in this photo. 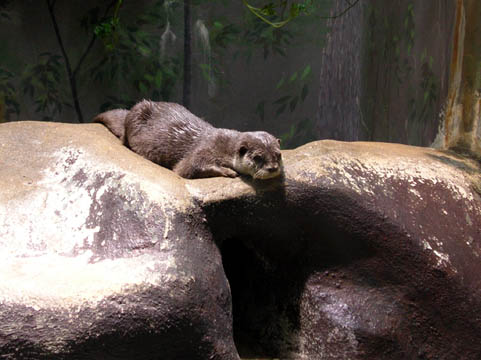 Asian otters must be in their underwater lair when the zookeeper arrives with the fresh fish. They exhaust themselves chasing each other around and need some quiet time. 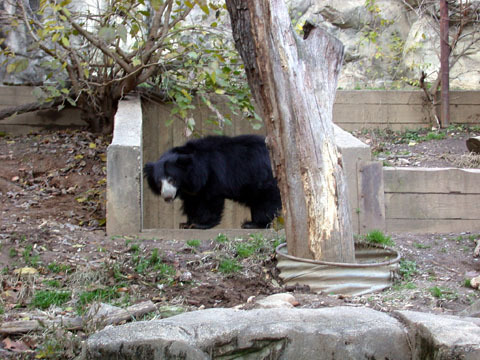 A sloth bear waiting impatiently to be allowed indoors for food and sleep. 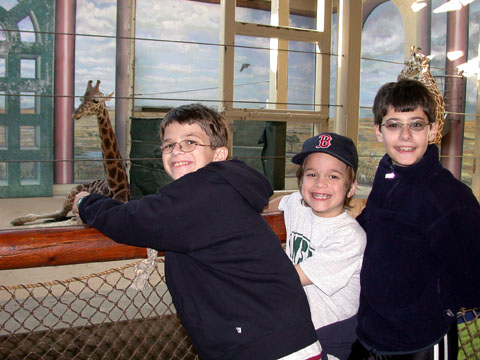 Daniel, Adam and Daniel's friend Casey in the Elephant House. There is a fairly young giraffe, plus several adults, though the oldest giraffe at the zoo died last year just days after we had seen him outdoors. 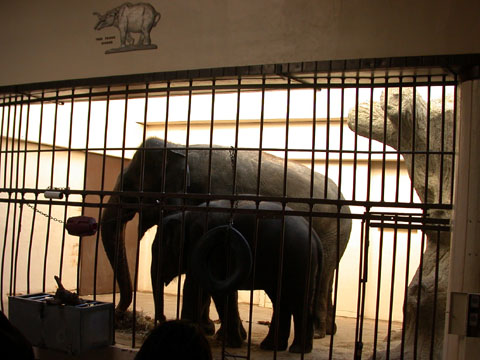 And there has been successful breeding of Asian elephants in the Elephant House. Shanthi is the mother; Kandula is the baby. 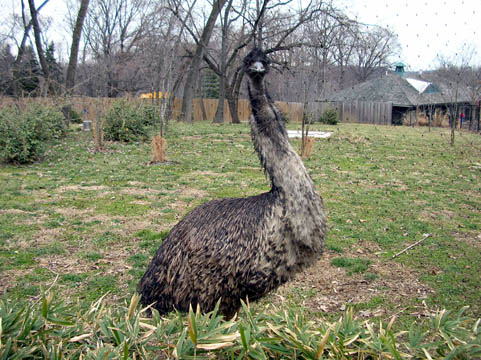 An emu in the African plains exhibit. We did not actually get to the bird house due to construction, so the birds we saw were either on display in regional exhibits or local outdoor fowl, plus the sparrows that inhabit the Elephant House. 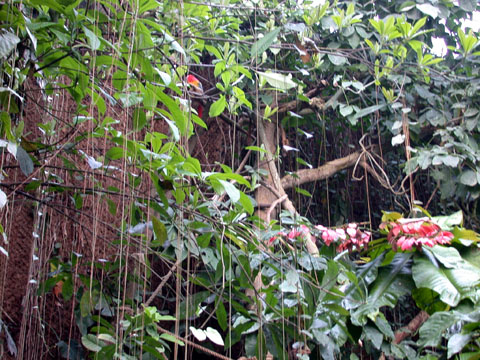 A scarlet macaw hiding in the greenery in Amazonia. In addition to spectacular birds and amphibians, there are enormous trees, both real and reproduced so the animals living there can't damage them to the point that the exhibit would have to be closed, and the vines you can see here.