Breakfast With the Penguins 2006 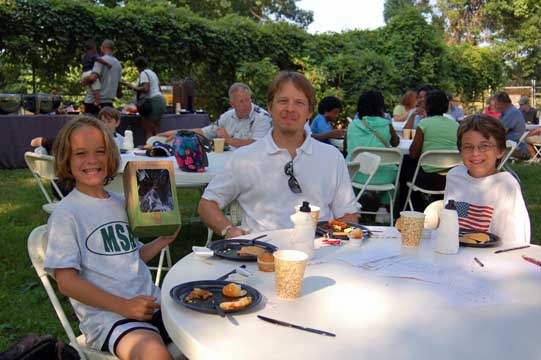 At Breakfast With the Penguins at the Maryland Zoo in Baltimore, Adam adopted a penguin as a birthday present and received a stuffed version at the breakfast. We ate eggs, pancakes and muffins while looking at displays on penguin biology before we went to feed the penguins. These two "penguin ambassadors" attended breakfast on the lawn with us, resting in a portable crib. They are sisters, born about a year apart; I can't remember the name of the one on the left, the one on the right is named Ascot. 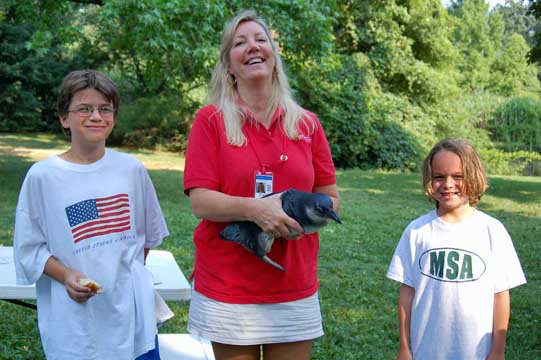 Adam and Daniel got up close and personal with this penguin. Adam was extremely pleased and after the breakfast we had the zoo to ourselves for a little while before it opened to the public. Here again is the younger penguin, one of this year's chicks. 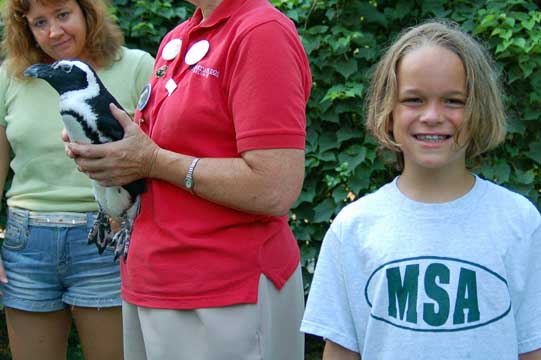 And here is Adam with the older penguin. To raise money for a group in South Africa that rescues and rehabilitates African penguins, the Maryland Zoo penguins created paintings with their feet which were auctioned off. Here is a poster of the penguins hard at work. (Apparently their favorite part of this activity was knocking the paint containers over and watching them roll around.) 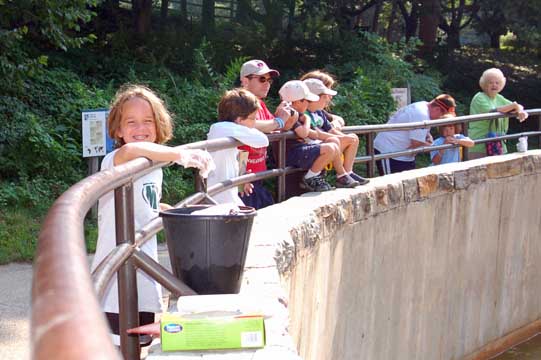 The penguins were very happy about this and swam around, fighting with the cormorants to get the fish! The zoo staff kept track of how many fish each penguin ate by the colors on the arm bands. But as the temperature climbed, they wanted to go back into their air-conditioned enclosure, and upon discovering that they were locked out for the duration of the breakfast, they started lining up to get in.