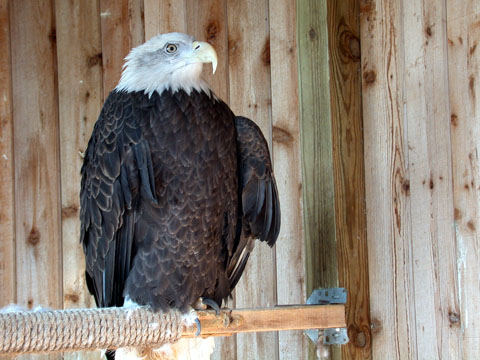 The captive eagle at Meadowside Nature Center, one of nearly a dozen raptors that cannot be rehabilitated to be released into the wild; this one can't fly, having lost the use of a wing in a car accident, and there are a couple of blind owls... 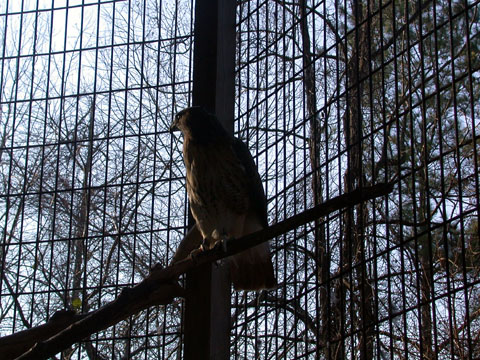 ...and a red-tailed hawk with an injured wing. There used to be two red-tailed hawks; I'm hoping the other one recovered enough to be released. This one now lives with a barred owl and a turkey vulture. 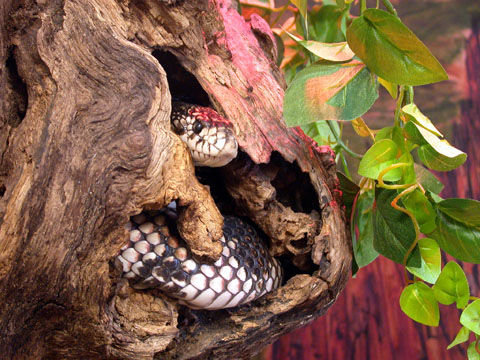 One of Meadowside's snakes. Many of the reptiles are former pets; they have an iguana that serves as a warning for would-be-buyers, as it was only a few inches long when purchased, three feet long when the nature center inherited it and now over six feet long; they've had to get it a floor-to-ceiling enclosure since we last saw it in a half-size cage. 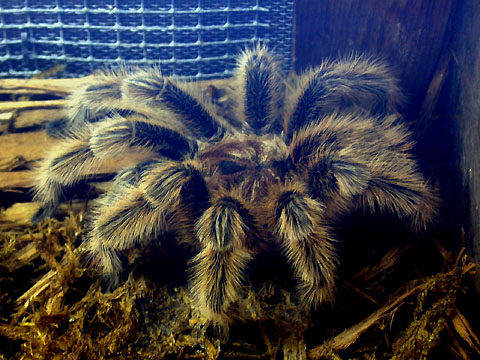 There are also local turtles and frogs, crayfish, walking sticks, more snakes, a blind chipmunk, and this tarantula. 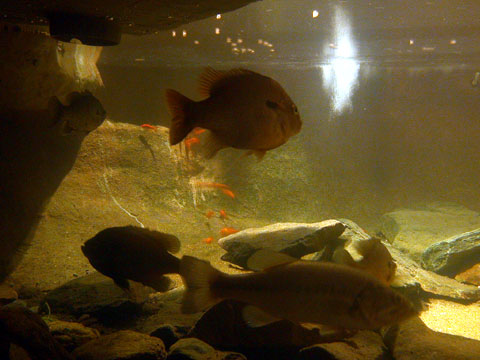 In the area with the artificial cave, which also has stuffed and mounted larger animals like beaver and foxes, there's running water and a little indoor pond that one can see from inside one of the cave entrances. Here are fish through the window in the cave; the turtle is hiding. 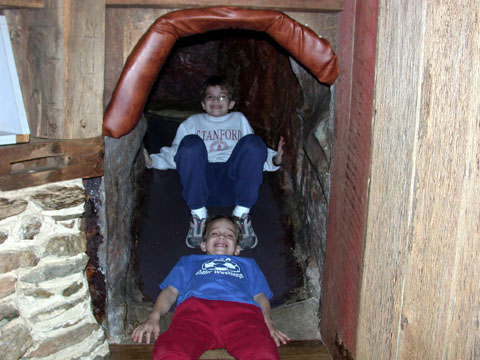 To exit the upper level of the cave, there is a slide into one of the exhibits... 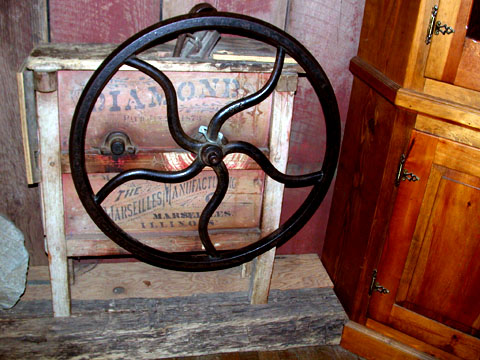 ...this one on Muncaster Mill, which used to stand very near the nature center on the creek. The nearest major road is named for the mill. 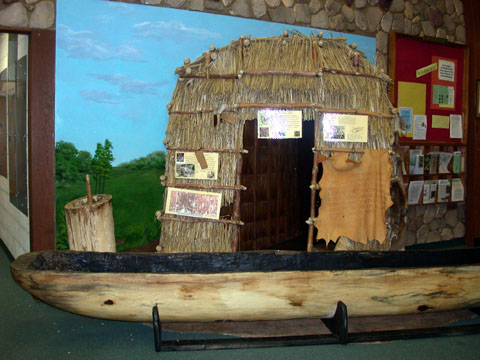 A straw hut and canoe from the exhibit on local Native American culture. The canoe was made on the premises and we had seen it in several stages of being hollowed out and tested. 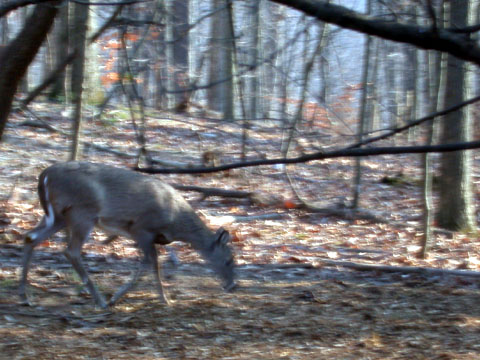 Outside the window one can spot a wide variety of birds at the feeders, plus some of the fattest squirrels I have ever seen. Here, blurry because of the screen on the window, is a deer that walked through to munch corn left out for the birds. 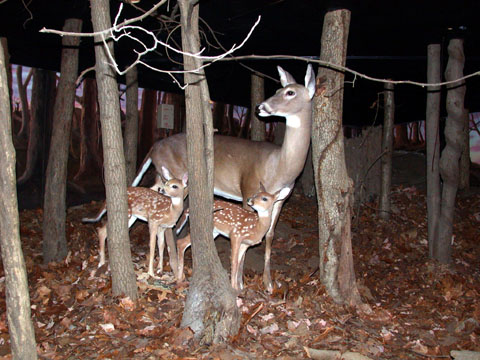 And stuffed deer in the room with the cave. The live one was lovely to watch, but there's terrible deer overpopulation in the area, and they're planning to allow sharpshooters to thin the herd next weekend. They had signs up about this, meaning that my kids found out about it and got upset. I get upset too but I just don't know enough about local wildlife to know the alternatives; they've built so many suburbs on former park land and done such a good job of eradicating predators that the deer have nowhere to go locally, and I'm not sure where they could be sent or how they could be managed to keep them from walking onto highways and causing accidents that are deadly for humans and animals. 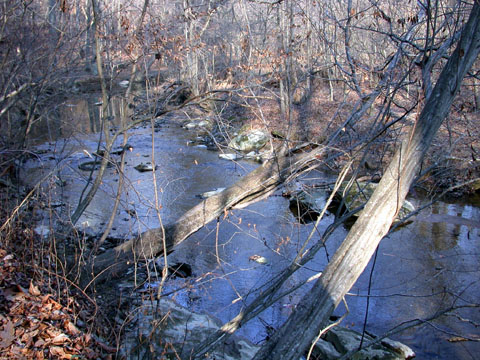 The nature center borders Rock Creek Park. Here's the view from one of the hiking trails. 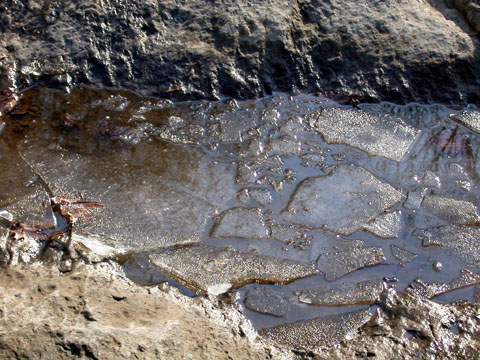 There was ice in the water, though it was in the 50s. 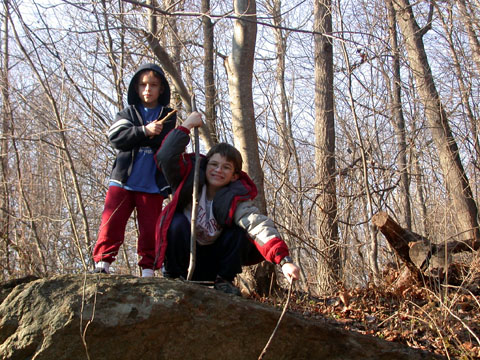 Daniel and Adam on one of the big boulders left over from the last ice age.