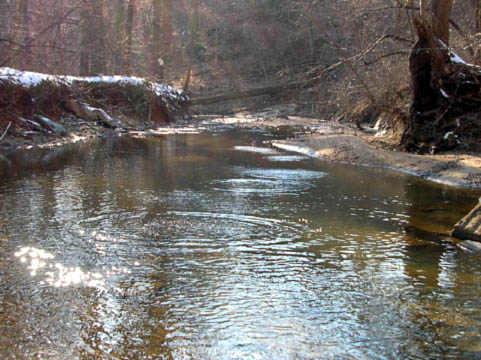 Because there was still snow clinging to branches at Locust Grove, the light occasionally refracted in stunning patterns. Here a stone skipped by my husband arcs off toward the rainbow display between the trees. 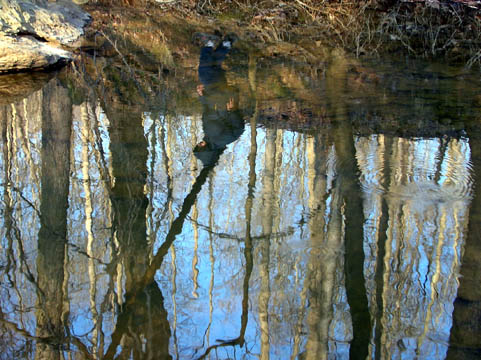 My son's reflection and a water skeeter -- well, okay, you can't really see the skeeter but you can see the ripples it was making on the water around the reflected trees. 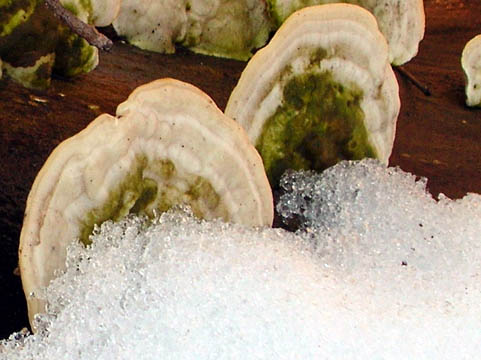 Tree fungus and snow in closeup. 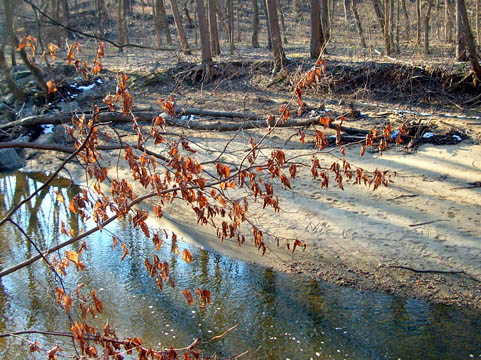 Running creek with human and animal footprints on the far bank. I love the way the afternoon sun looks in the woods. 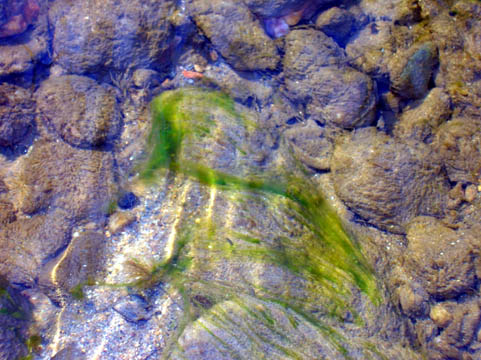 Light on the underwater plants and rocks at the bottom of the creek. 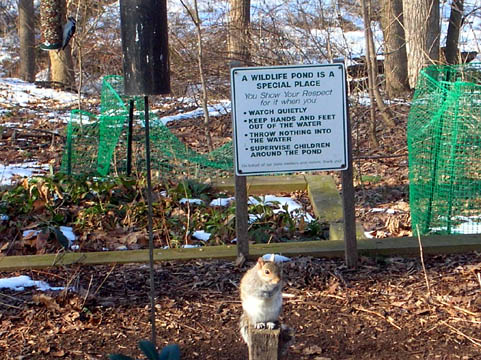 "A wildlife pond is a special place." I am pretty sure the squirrel and woodpecker agree, as they are being fed for free. *g* 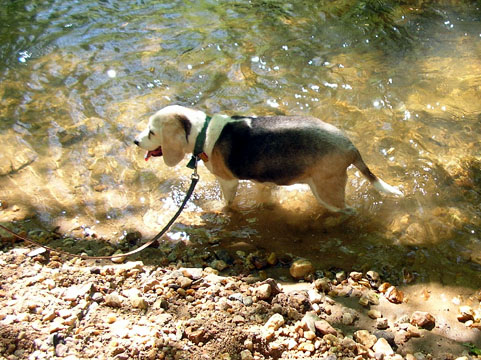 This is Ginger, my in-laws' 15-year-old beagle. She is still happy to hike, though these days she wades instead of plunging into the water. 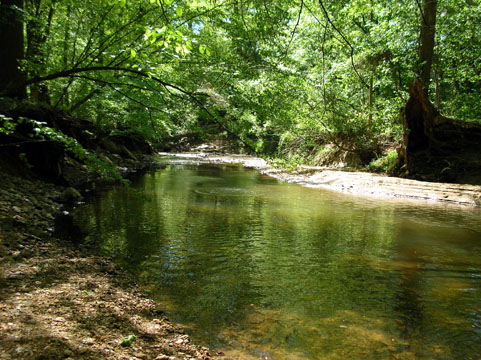 Now everything is green. It's harder to see the ripples from the skipping stones beneath the darker cover. 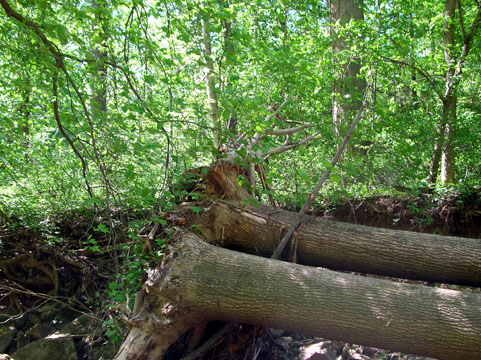 Apparently we missed some mighty rains while we were away, as large sections of the creek bed had eroded and there were newly downed trees like this in several places. 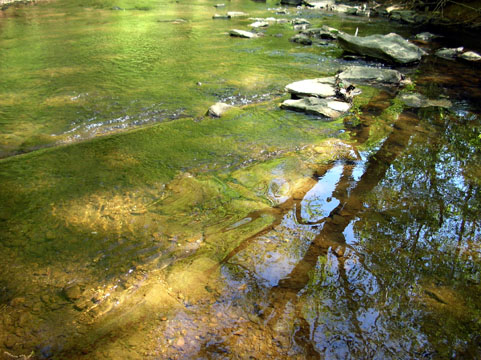 I do like the water-color-y effect of the tree reflections in the creek, though. In the fall, a stone being skipped on Buck Branch Creek behind Locust Grove Nature Center. Light filters through the trees to the creek. A deer print in the mud by the water. The last big storm left some damage in the woods. The trees were just beginning to show signs of change last weekend, but after this week's storms, they are changing more quickly. Spilled oil made these rocks iridescent but is bad for the creek, the Potomac River and the Chesapeake Bay. Not a good picture, taken in deep woods near Locust Grove on the border of Cabin John Park, but it's an antlered stag so I like it anyway. At least this one is on park land!