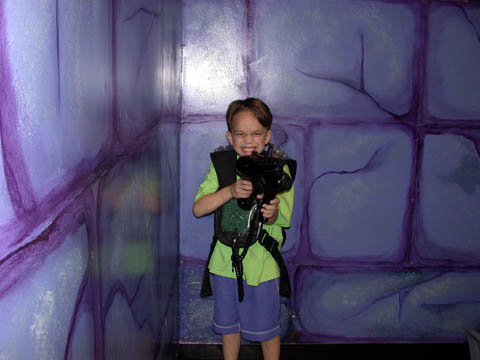 A boy in a laser tag suit. Note the very exciting Big Gun. Shadowland is where Adam wanted to have his birthday party -- a place where lots of little boys try to shoot each other. Excuse me, to tag each other. In practice this means that everyone puts on a suit with targets made out of flashing lights and shoots lasers through artificial fog in a room constructed of ramps, alleys and hidden passages at other people's suits and at mounted targets that periodically flash and take points away from everyone in the vicinity. 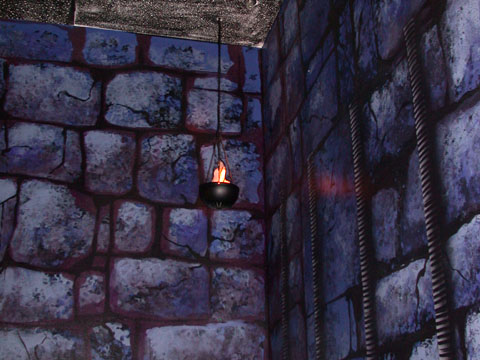 Note the very lovely decorations. (I forgot to take a picture of the reproduction of Caravaggio's Medusa on the door on the way to the gaming area from the lobby.) The decor is officially gothic but that doesn't stop them from using wire fences to separate sections of the play area. Everyone plays on either the green or red team, divided up randomly (we had one child have a meltdown when he and his father ended up on opposite teams, and a mother from another party desperately trying to get people to trade so her daughter and best friend could be on the same team). 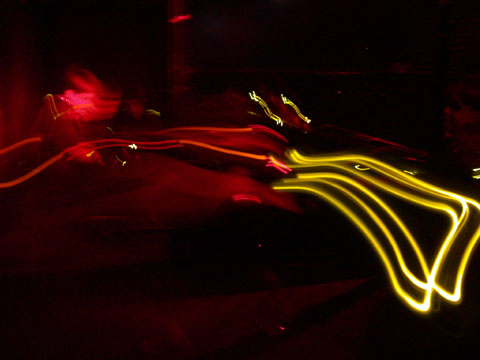 Boys in motion, running around shooting at each other in the gaming area. Everyone also picks an alias -- one of my sons picked "Moondoggy" for reasons known only to himself, which made me smile though I suspect for entirely different reasons -- I was rather horrified to discover that, while profanities are not permitted in aliases, someone calling himself "Suicide Bomber" was playing with another group at the same time as our kids. 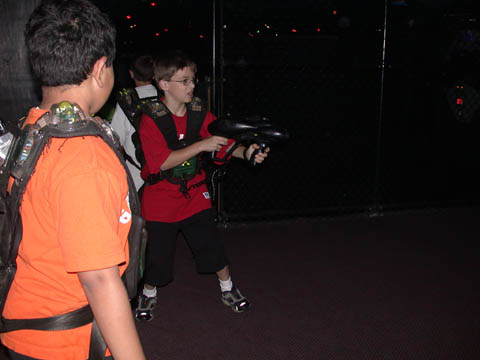 They only stop to shoot at targets. Fortunately the place wasn't crowded with teenagers, it being a weekday afternoon, and despite the general disorganization and noise and hyper kids and Dominos Pizza and too much chocolate, everyone seemed to have a good time, save perhaps those of us who get headaches easily when exposed to too many flashing lights. 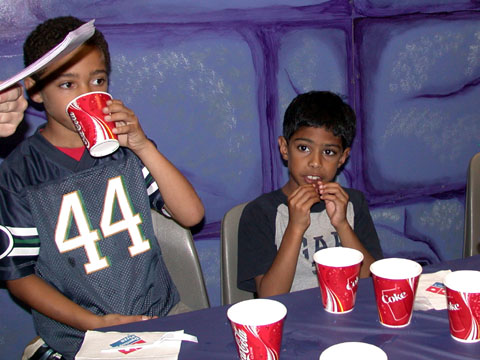 Waiting for one's scores is always stressful. Fortunately there is pizza, Coke and chocolate to serve as distractions. 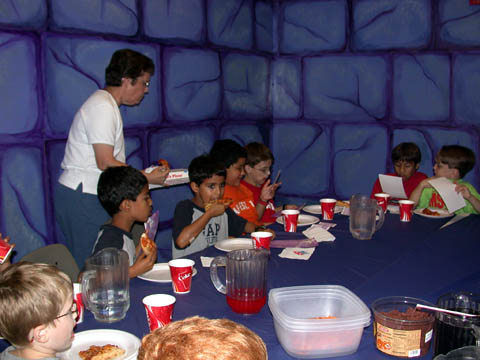 Adam was pleased with presents, including a Bionicle, a SpongeBob computer game, a safe with a combination lock and some Pokemon thing that shoots little darts.