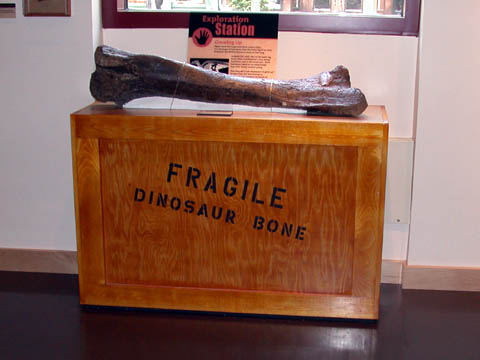 We spent a 2004 afternoon in Harrisburg at the Whitaker Center's Harsco Science Center. Although they had advertised an exhibit on The Magic of Muggles on their web site, they weren't set up yet to Make Your Own Every Flavor Gummi Worms. Still, they have a mix of real fossils and casts and sculpts to depict actual unhatched dinosaurs in eggs, including a couple of "dig your own" pits and a water excavation thing (you know kids and any opportunity to get wet). 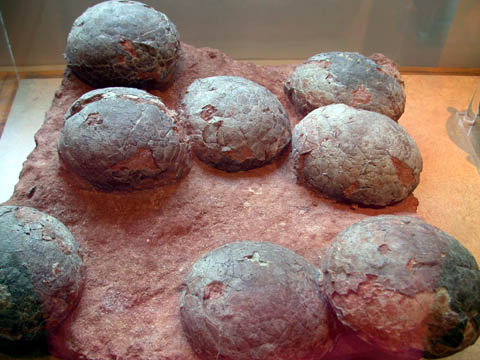 These are some of the actual unhatched dinosaur eggs on display. 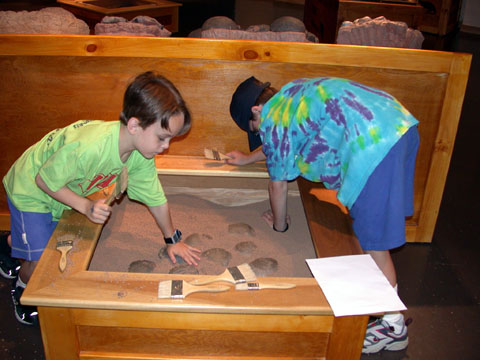 The kids were able to imitate making dinosaur footprints -- again, any chance to play with sand and water. 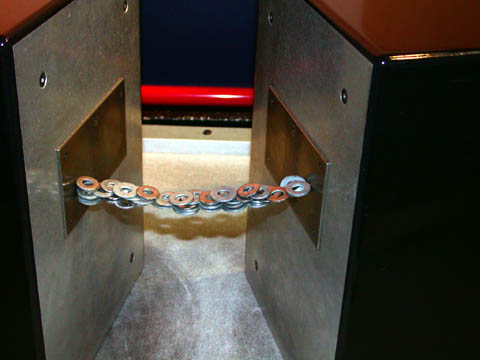 In the display on how physical properties work, there was a wonderful full-body virtual reality game where instead of a joystick or control pad, you had to jump around and try to slap the starfish and escape the sharks, plus this exhibit on magnetism (I made the bridge), one of those huge levers where a person can lift a ton from far enough away, and a big display of prisms and holograms. 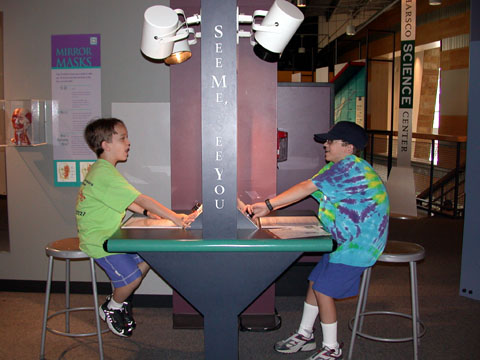 Here are the kids using lights and mirrors to morph their faces together. 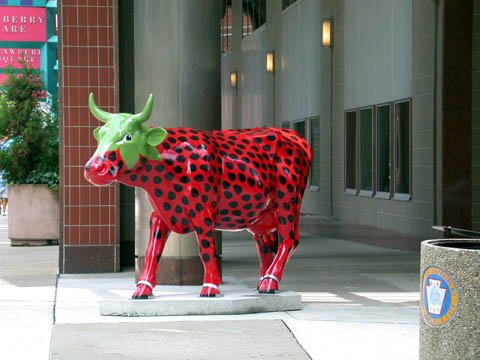 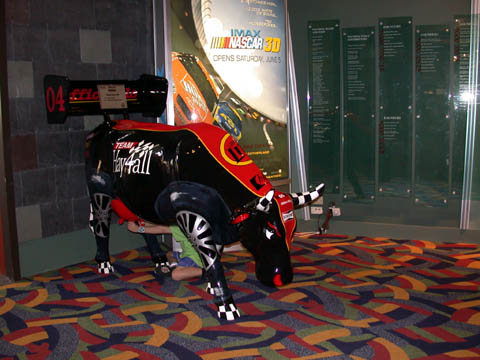 And here's one advertising the NASCAR IMAX movie, complete with a boy trying to milk it underneath... 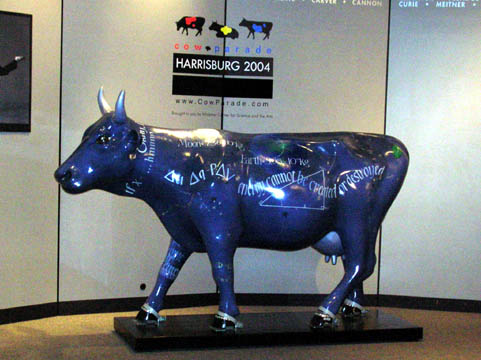 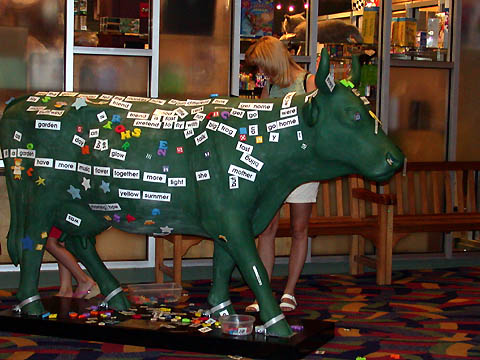 ...but this was my favorite, the Magnetic Poetry Cow. 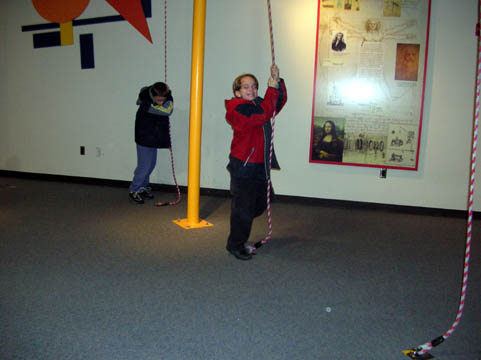 The kids demonstrate levers in the hands-on science area on the first floor in 2005. 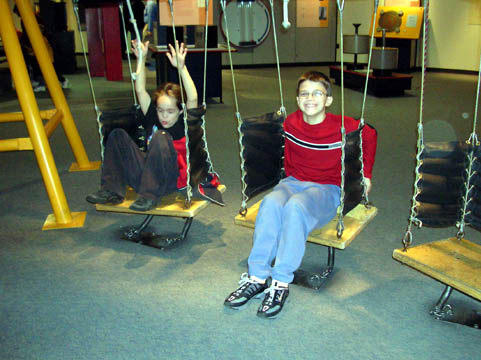 Another practical demonstration of weights and measures. 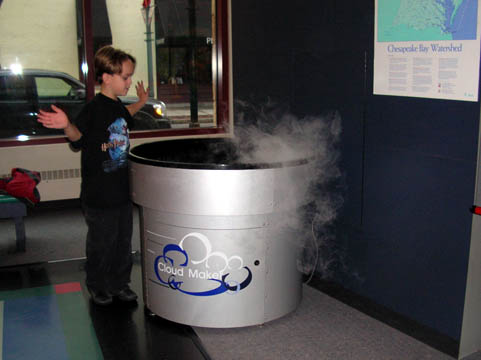 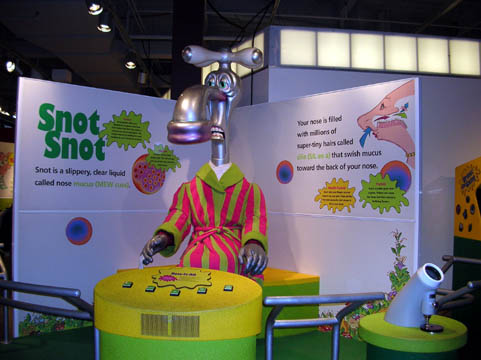 From the Grossology: The Impolite Science of the Human Body exhibit, the dripping-faucet nose. It had an inflatable balloon that came bulging disgustingly out at intervals. 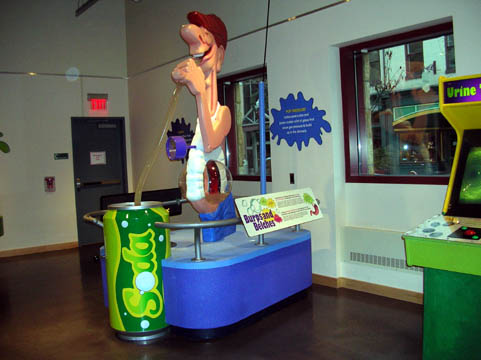 And here is the belching machine, in which kids pump soda into the guy's mouth and down into his stomach until he lets out a loud burp! Next to this you can see the Urine The Game, where you get to be a kidney and you have to sort the blood cells and sugars from the salts and urea, sending the good stuff back into the bloodstream and the bad stuff to the bladder. 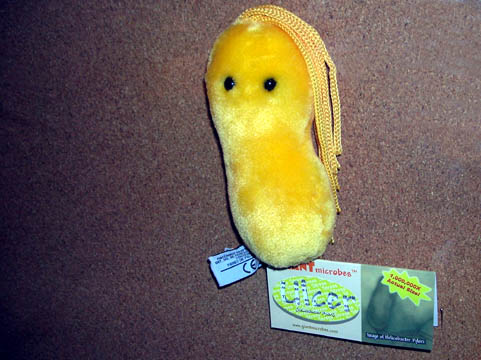 Because I did not have h. pylori, the bacterium that causes many ulcers, my family decided that I needed one. Fortunately he is stuffed and cuddly. I took him with me to Harry Potter and the Goblet of Fire, which we saw on the IMAX screen there.