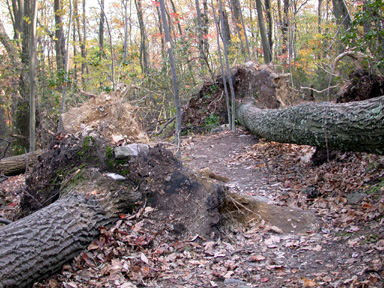 Today after lunch we drove to Frederick County to climb Sugarloaf, an isolated mountain surrounded by farmland. I vaguely remembered hearing that the hurricane winds had been terrible on its summit and that there had been microbursts, but didn't really think about it when we decided to go there. It took us an hour and a half to hike from the parking lot to the summit because of what was left behind. 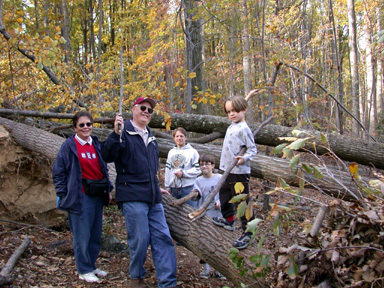 Hurricane Isabel was here...leaving trees down all over the mountainside, across the paths. 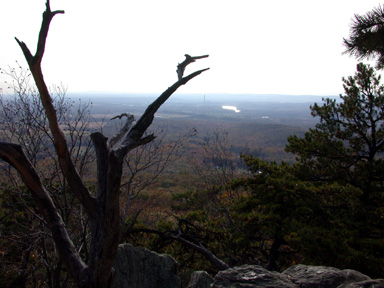 View from the summit. It was gorgeous, around 60 degrees, bright and sunny, smelling like falling leaves. My husband's parents had their dog along so I got dragged to the top which was actually rather nice, though a 13-year-old beagle does not make the best sled dog. 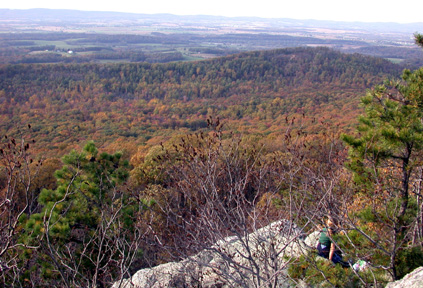 Fall colors from the summit. My younger son had a stick that he was pretending was a rocket launcher, which is not in and of itself a good thing at all, but it did prevent him from getting bored and therefore he did not once demand a piggyback. 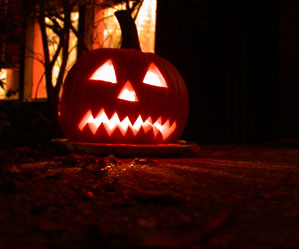 Pumpkin on the porch. 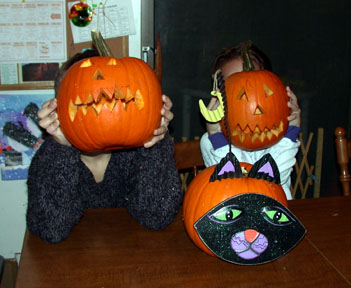