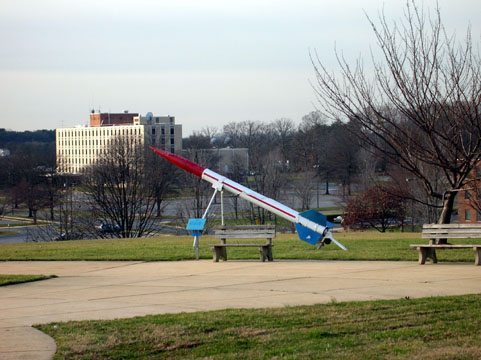 There are rockets behind the visitor's center at the Goddard Space Flight Center in Greenbelt. 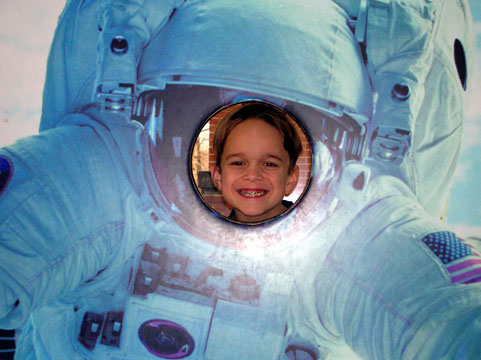 Here's Adam being an astronaut. We went to see the exhibit of Hubble Space Telescope photos, including some interactive activities on the planets, comets and distant galaxies. They also showed Cosmic Voyage, which was originally made for an IMAX theater but looks pretty good on a standard auditorium screen on DVD; Morgan Freeman narrates what we'd see in increasing powers of ten out to the edge of the known universe and looking into a drop of water down to the level of quarks. 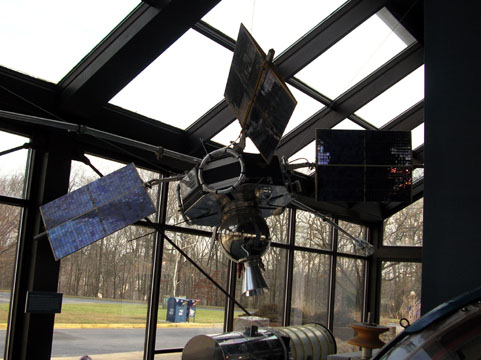 This is the Explorer XXXIII test unit. Launched at Goddard in 1966 atop a Delta Rocket, the actual Explorer XXXIII was sent up to study interplanetary magnetic fields and is still in an orbit that takes it past the moon. Past it you can see the grounds of the Goddard Space Flight Center, a huge wooded site with deer and hawks. 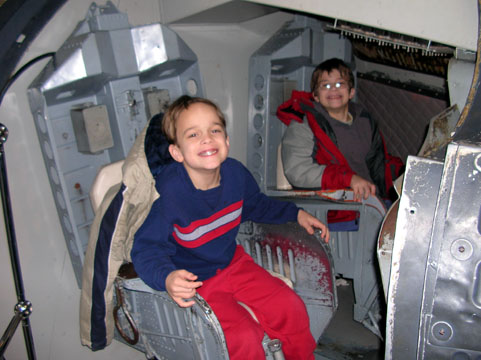 Here are Daniel and Adam in one of the capsules built for the manned moon missions. 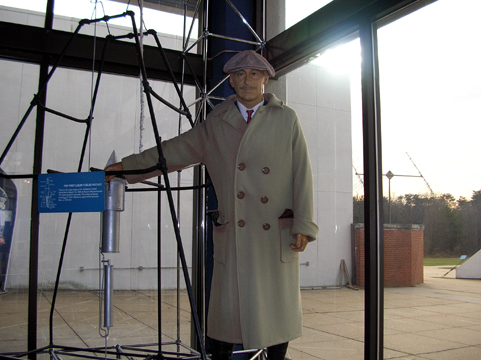 And here's Robert Goddard (well, in effigy), with one of his early rockets.