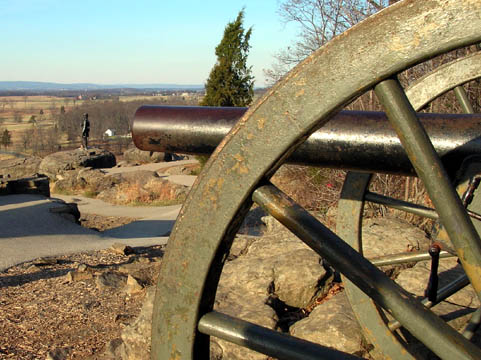 Union Brigadier General Gouverneur K. Warren stood on these rocks in the afternoon of July 2, 1863 and saw with his binoculars that Confederate troops were hiding in the woods just beyond Emmitsburg Road. 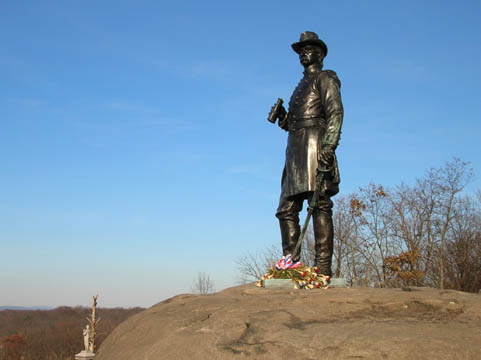 He sent for troops to defend Little Round Top and, despite being shot in the neck, saved the hill -- and quite possibly the battle -- for the Union. 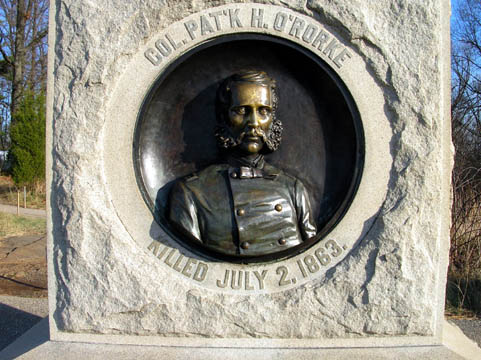 Colonel Patrick O'Rorke of the 140th New York Infantry was not so fortunate -- though he rushed his men into the fight, he was killed during the battle. 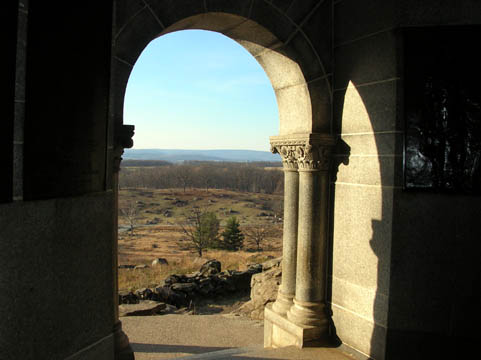 From within the 44th New York Infantry monument atop Little Round Top, a view of Devil's Den (captured by the Confederates) and the Valley of Death (where many soldiers from both sides fell) as well as the treeline behind which Warren saw the Southern army approaching. 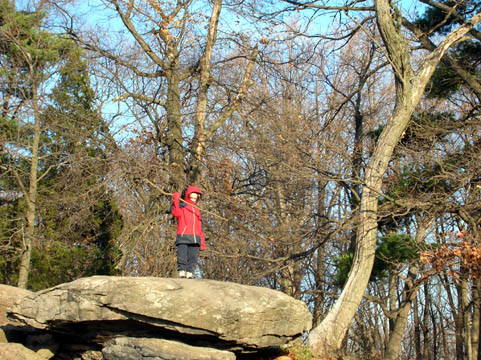 Adam atop Little Roundtop with the walking stick he found. 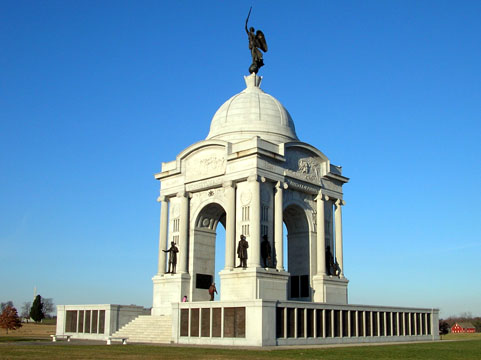 The Pennsylvania Memorial at Gettysburg Battlefield, dedicated in 1910. 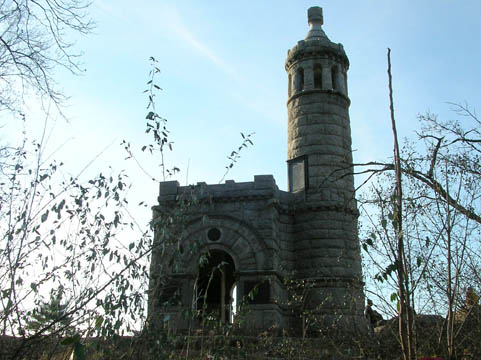 From below Little Roundtop, the 44th and 12th N.Y. Infantry Memorial. Visitors can climb halfway up the tower, which gives the widest views of Devil's Den, the Valley of Death and Cemetery Ridge. 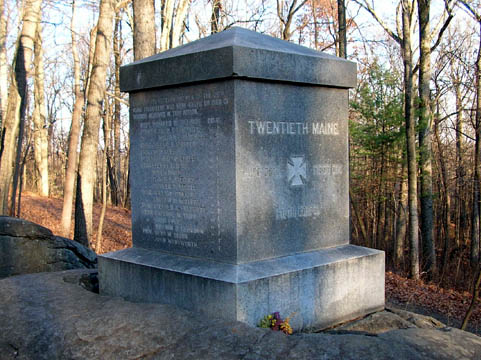 There are smaller memorials like this one all over the national park, marking the spots where various infantry divisions made their stands and where their men fell. Here is the story of this one. These trees will not come down; this area was wooded when the 15th Alabama charged the Union line. 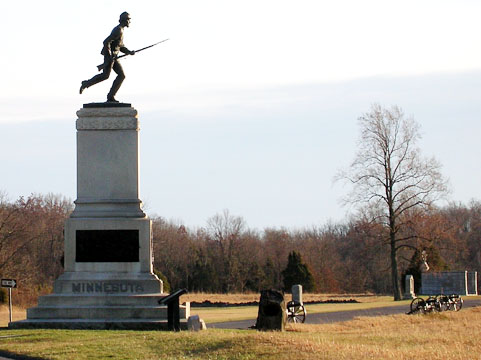 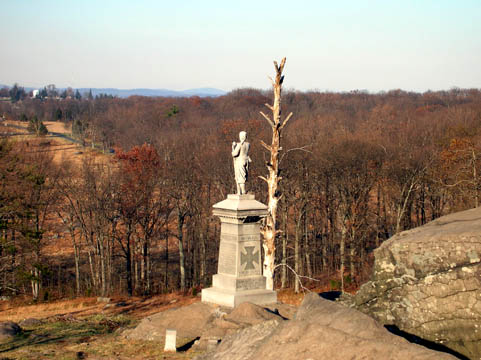 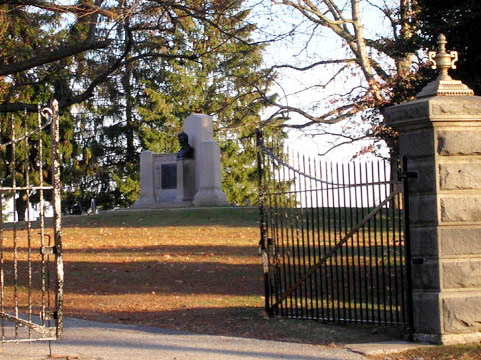 The Lincoln memorial inside the gates of Gettysburg National Cemetery.