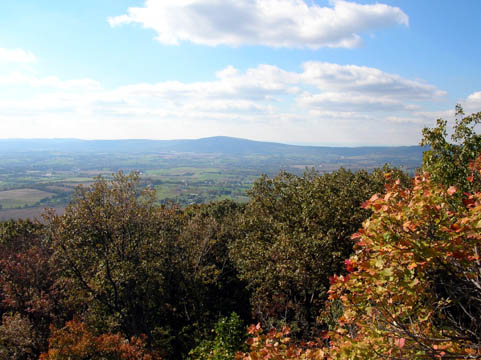 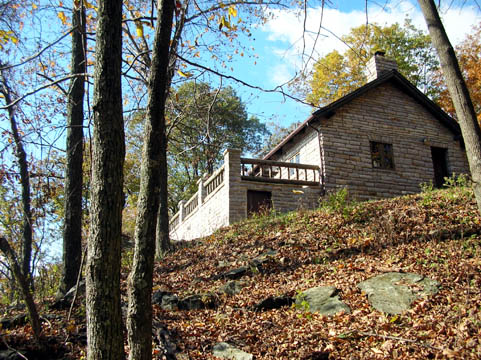 The tea house atop Catoctin Mountain at Gambrill's High Knob. One side looks out over the city of Frederick and the other looks toward Middletown. 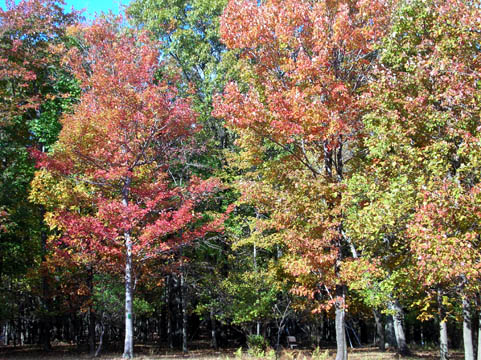 The leaves at this altitude have turned a gorgeous range of colors. 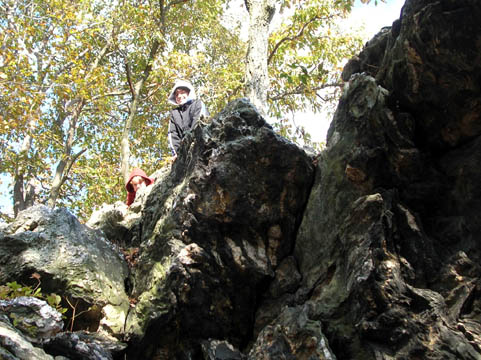 The kids climbing on the boulders halfway up the slope to the teahouse. 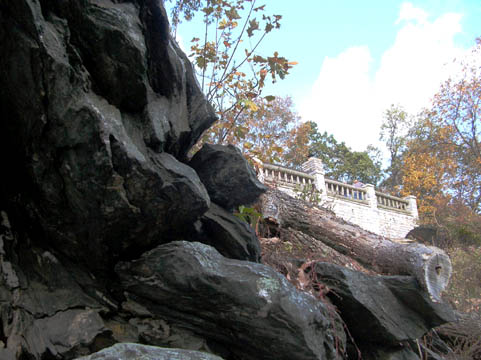 The teahouse itself around the boulders. 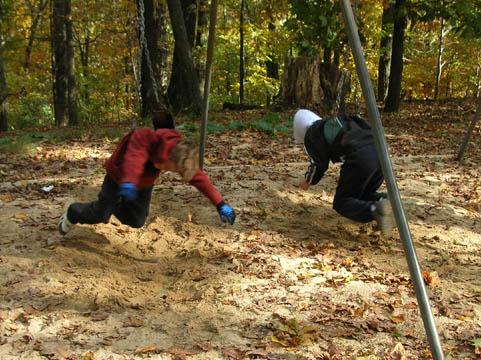 Here are the kids hanging from the swings at High Knob. 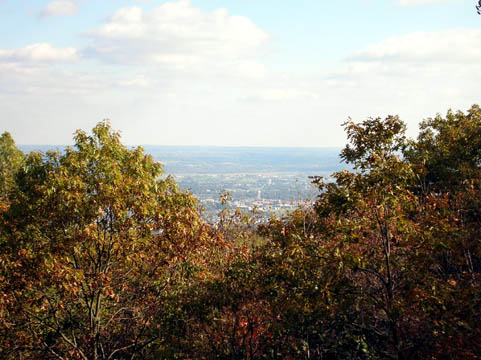 And this is what the city of Frederick looks like from the overlook high above. 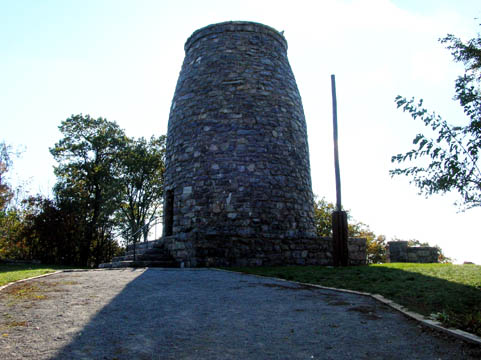 The titular feature of Washington Monument State Park casting long shadows from the sun directly behind it. The trail from the parking lot up the mountainside crosses the Appalachian Trail and approaches the monument built in 1827, before the one in Washington, DC. 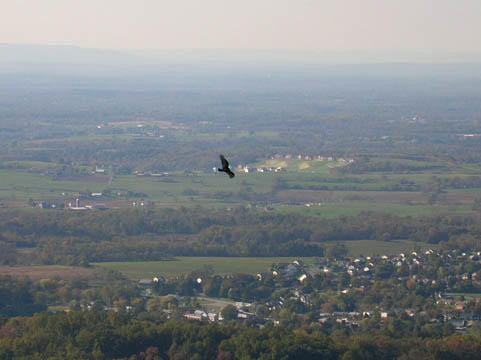 A hawk swoops past farms in the valley as seen from the top of the monument tower atop South Mountain, overlooking the Cumberland Valley, which at this time of year has many migrating raptors -- we saw several, as well as several serious bird watchers with their telescopes -- and at the base of the trail is a great playground and shaded field. 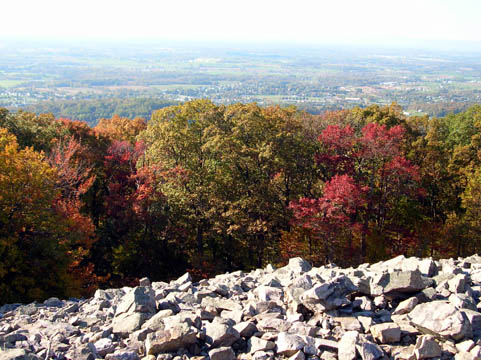 The trees up here are pretty amazing too, just over the border in Washington County a few miles east of Boonsboro. 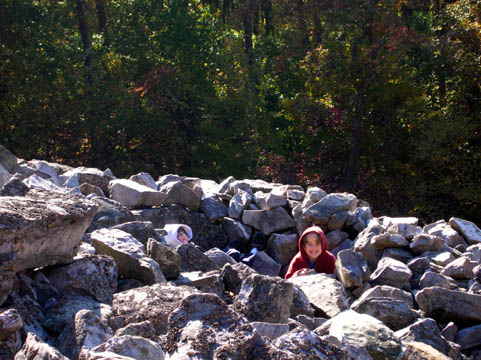 The kids are always finding rock-forts to hide in. 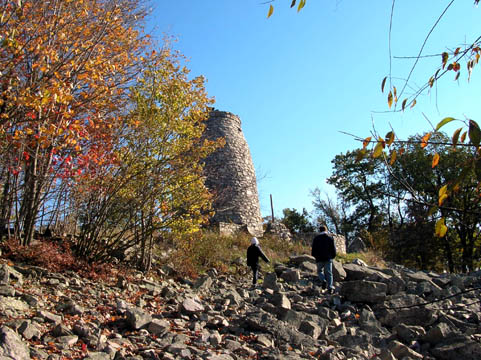 Fall color on the approach from the valley. 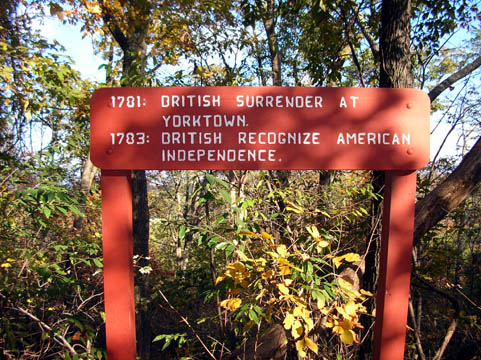 On the path ascending the mountain and meeting the Appalachian Trail, there are markers noting the important events in George Washington's life. 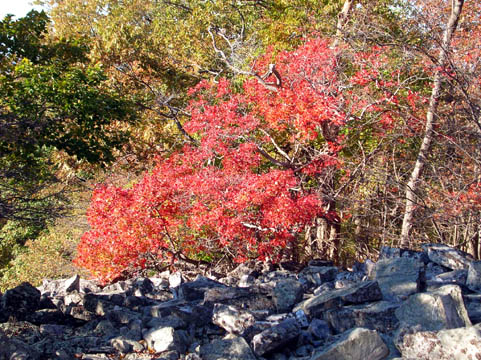 Below the monument is a vast hillside with rocks of the same type from which the monument was constructed by the citizens of Boonsboro in 1827. It was used as a signal station by the Union army during the Civil War. 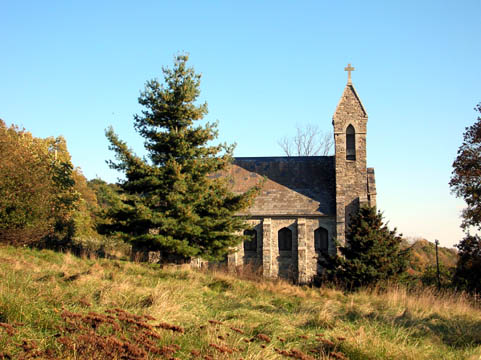 Dalgren Chapel of St. Joseph of the Sacred Heart of Jesus, built in 1881, which sits on the Washington County line west of Middletown along the route Robert E. Lee's soldiers took when they invaded the Union from the Confederate States of America heading toward the Battle of South Mountain. 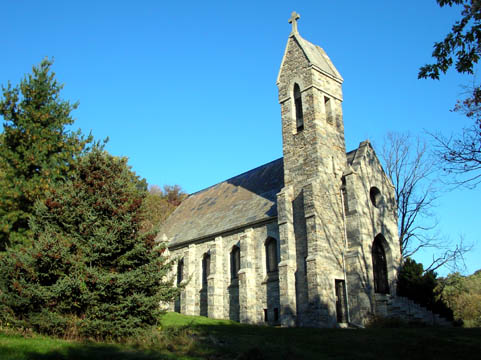 The chapel was built by Madeline Vinton Dalgren, widow of Rear Admiral John A. Dalgren who invented the Dalgren Gun used by the US Navy on the USS Monitor vs the CSS Virginia, which had been the USS Merrimack before it was taken in the Norfolk Navy Yard. There is a fascinating account of the battle here, considered to mark the end of the era of the wooden warship; afterward, the London Times wrote, "Whereas we had one hundred and forty-nine first-class warships, we have now but two." 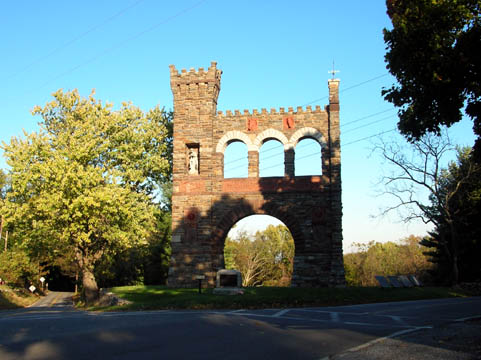 The first battle of the Civil War fought on northern soil, the Battle of South Mountain, took place on September 14th, 1862; the north end of South Mountain State Battlefield is Washington Mounument State Park while the South end is Gathland State Park, which is across the road from the Crampton's Gap battlefield. This is the War Correspondents' Arch, set where a delayed Union assault on the Confederate line allowed Lee's army to escape and reorganize. 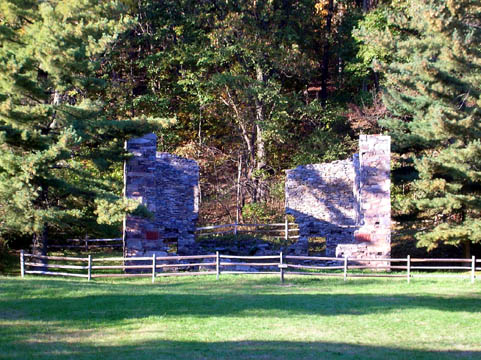 The ruins of the mansion, formerly home of GATH aka Civil War journalist George Alfred Townsend who had the War Correspondents' Arch erected. 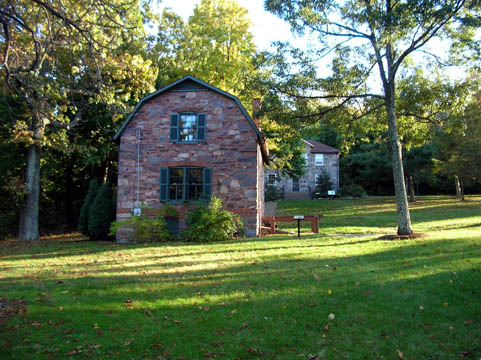 The lodge, now part of the Civil War museum on the Gathland site. 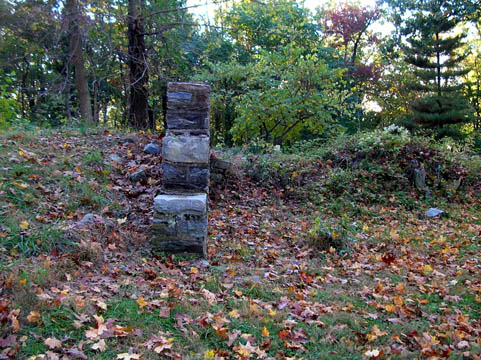 The ruins of Gath's library and den, a literary retreat built as a sanctuary at some distance from the main house. Eventually the library included a winter residence with 11 bedrooms and a bath.

Here is the War Correspondents' Arch again, the most famous sight for visitors at Gathland. 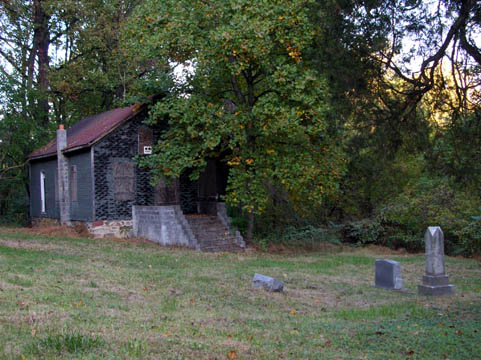 Ceres Bethel AME Church and graveyard near Burkittsville, Maryland, built in 1870 by freed slaves, now a part of South Mountain State Park to protect it from the vandalism that has been rampant since The Blair Witch Project filmed on the site and incorporated the church into the movie. 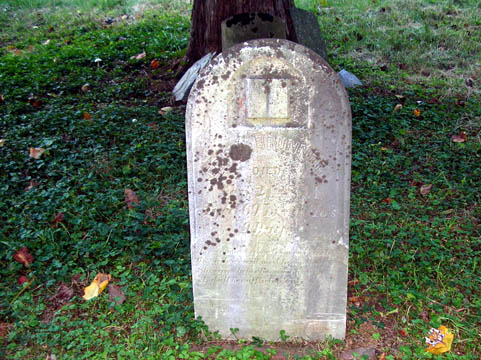 This is the creepiest cemetery I have ever walked in, because the stones have been so ravaged (some have been uprooted from the ground entirely, some cracked, while some are jutting up with their bottoms visible). The ground was very soft this weekend after all the October rains and my feet kept sinking into the ground. Behind this 1871 tombstone, you can see others propped against the tree, no longer standing at the heads of the graves they once marked. 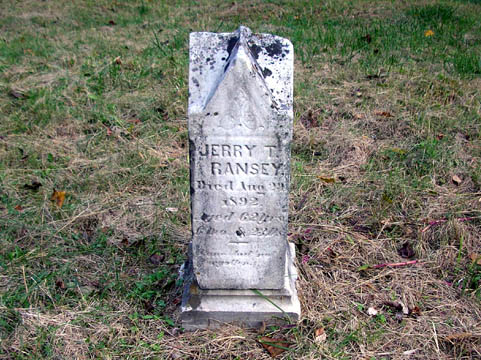 Of the 1800s stones, this one is in the best shape. There are some much newer stones -- servicemen from the two world wars and civilians buried as late as the 1960s. I was terrified of stepping into an unmarked grave. The state is definitely aware that people stop here as a tourist destination, though, because while there was nowhere to park for a quarter mile last time we were up this way, there is now a pull-off with signs about the Civil War marches along Gapland Road directly across from the church.