Shakespeare's birthday party at the Folger Shakespeare Library was a blast -- there were many craft tables including mask-making, brass rubbings, garland-weaving, draw-your-own-Shakespeare and flag-making, and interestingly younger son declared disinterest while older son, whom we had feared might be too old for the kids' activities, made a mask. There were also stage fighting demonstrations, music, abbreviated plays performed by local high schools and an opportunity for students to read Shakespearean monologues on the Folger Library stage (which is not to be confused with the The Shakespeare Theatre, no longer next door to the library). We watched the swordfighting demonstration in the reading room and some of the juggling and costume procession outside. Then Queen Elizabeth arrived and cut the cake for Shakespeare's birthday, which they had very well planned, as they actually had enough cake for everybody and got it distributed fairly quickly! It was like a mini-Renaissance Faire, with lots of guests in costume and speaking in accents. 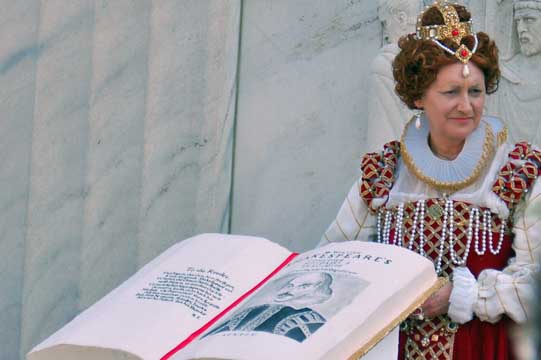 "Elizabeth I" prepares to cut the cake for Shakespeare's birthday celebration. (Yes, that book is edible, though they didn't cut it at the party -- there were lots of other, smaller cakes, and I suspect that one got saved for the Folger Library staff!) 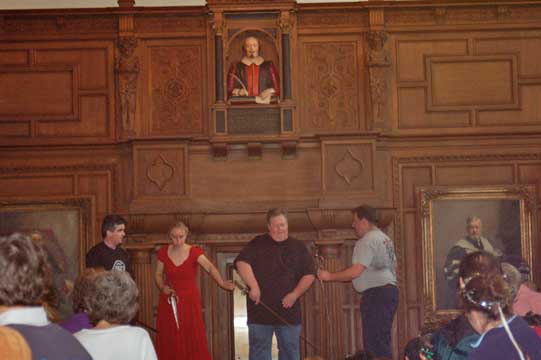 The stage weapons and combat display in the reading room. 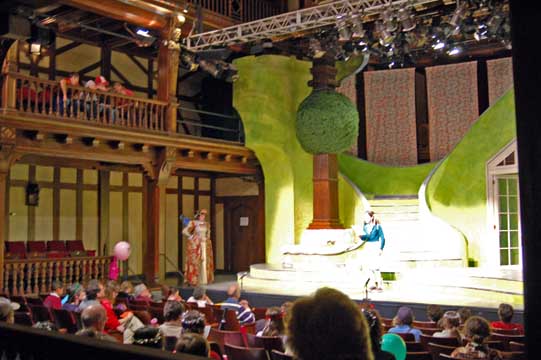 A student plays Lady Macbeth on the Folger Library stage. 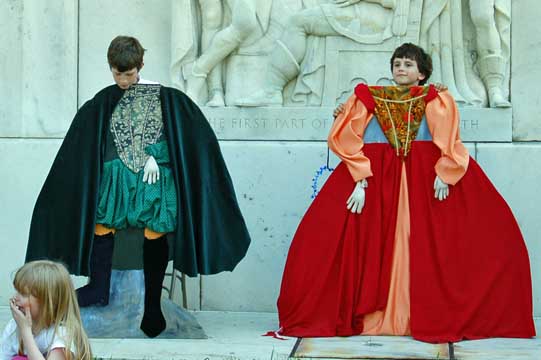 And kids get to be lords and ladies. 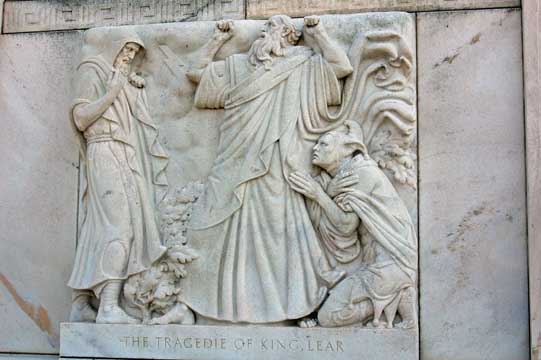 The Folger Library boasts the largest Shakespeare collection in the world. There are nine bas-relief murals on the front of the library depicting scenes from Shakespeare's plays. 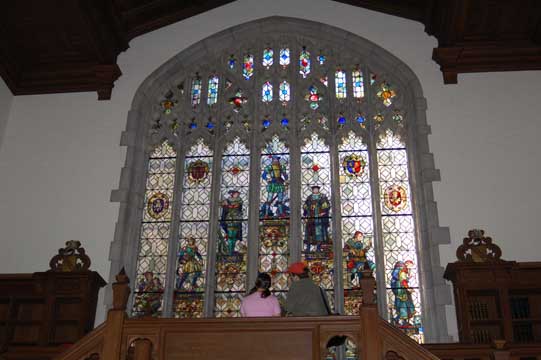 This is the stained glass window in the old reading room depicting the Seven Ages of Man from As You Like It. 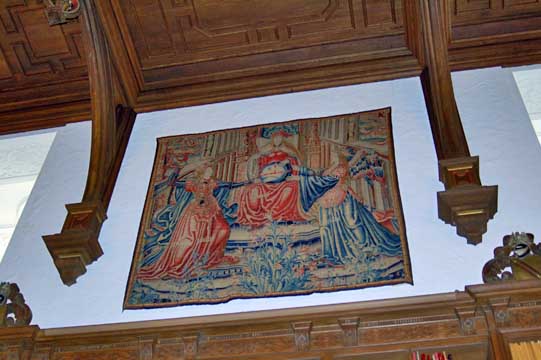 The bust of Shakespeare at the front of the reading room that could be seen in the fight demonstration photo yesterday is a replica of the one in Trinity Church in Stratford-upon-Avon; there are also coats-of-arms, paintings of the Tudors and tapestries. 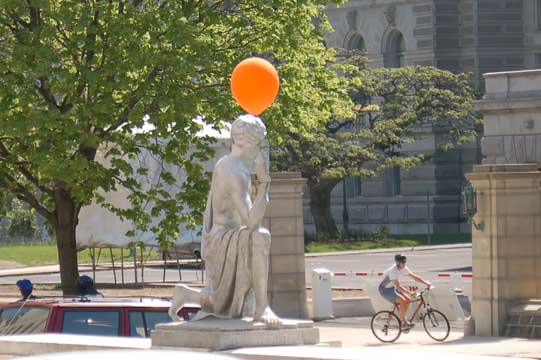 Puck, holding one of the Shakespeare birthday balloons here, is on one side of the building... 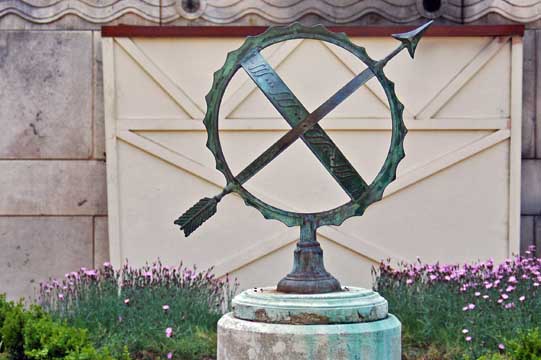 ...and there is a garden on the other side, with statues representing scenes from Hamlet and A Midsummer Night's Dream.