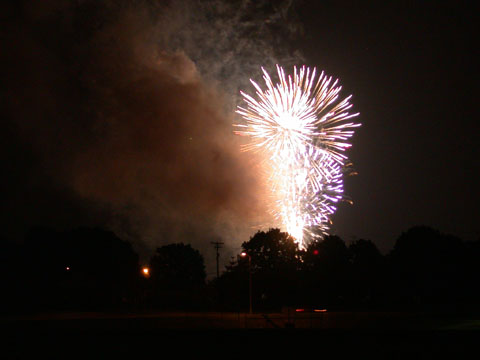 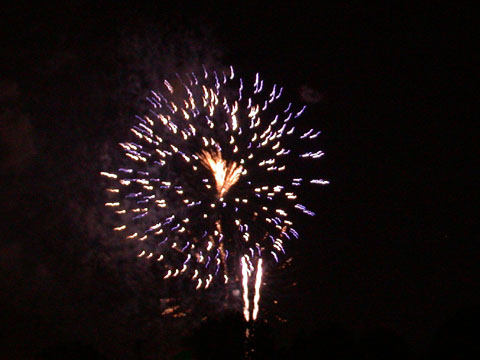 We watched from the baseball field behind the YMCA because none of us like the noise up close. 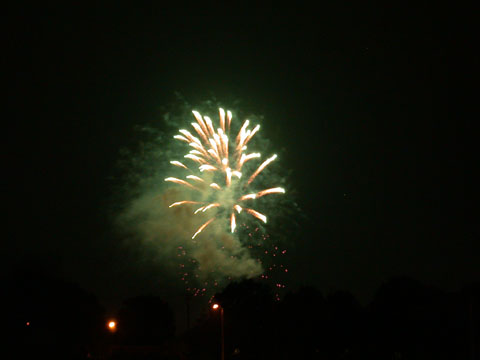 We could hear a live band from where we were, and there were a number of other people from the neighborhood around -- very friendly. 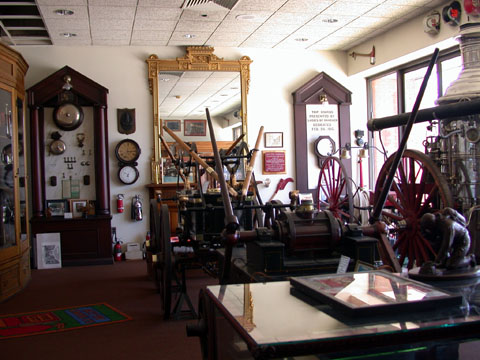 This is the Hanover Fire Museum, currently housed within the city's main fire station while a new building is being prepared for it, at which point some of the big retired trucks that have been sent away may return. There are three ancient pumps in the fire museum -- two that had to be dragged and worked by hand, and one powered by steam and pulled by horses. 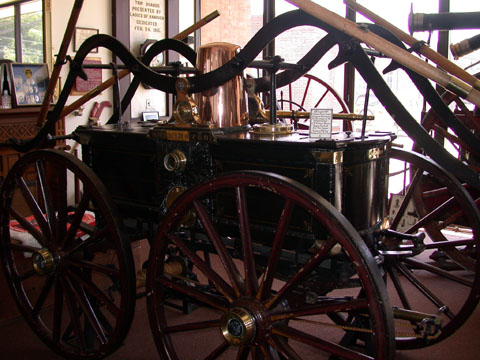 A lot of the equipment looked hopelessly small and made one grateful for modern conveniences. We got there while the curator was out, so we got a bonus tour of the station itself. It was given by a knowledgeable and enthusiastic lieutenant who took us through the entire place -- the bunk room, the game room (with video games; my kids wanted to know if they were allowed to get to a save point before they had to throw on gear and jump down the poles), and the various rooms housing the electronics and equipment, plus the garage with several trucks and two ambulances. 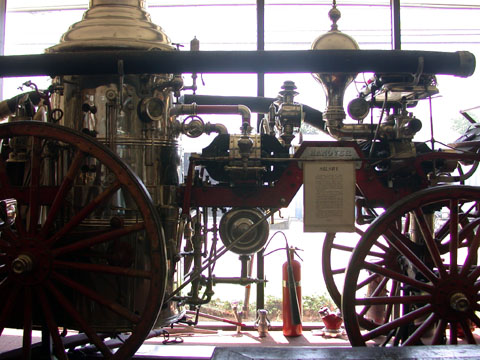 The curator, a fireman on disability leave, proved to be a firehouse buff roughly at the level of a serious Trekkie in terms of fannishness. He knew the entire history of firefighting in that area of Pennsylvania and had lots of stories about visiting other fire stations, including some of the ones in New York that lost a lot of people on 9/11. Apparently the old system was reasonably effective, and the somewhat outdated messaging used by the local fire dispatchers works faster than most national 911 calls... 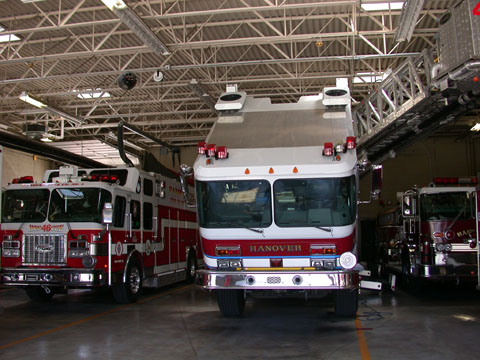 ...but the station's largest truck was having engine trouble! 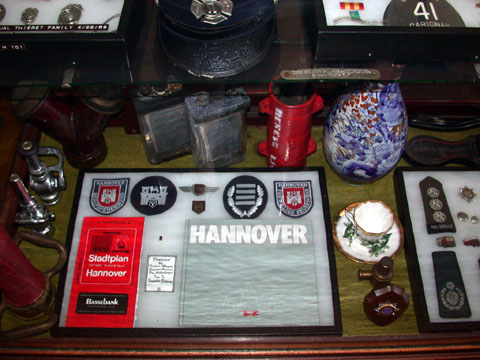