The Moon By Night 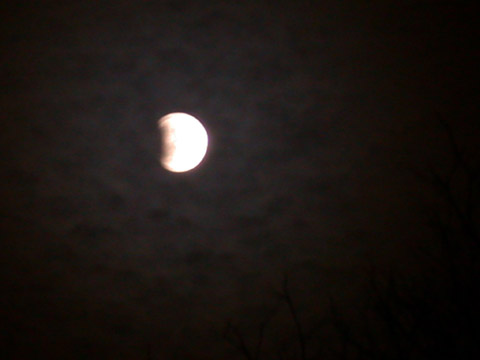 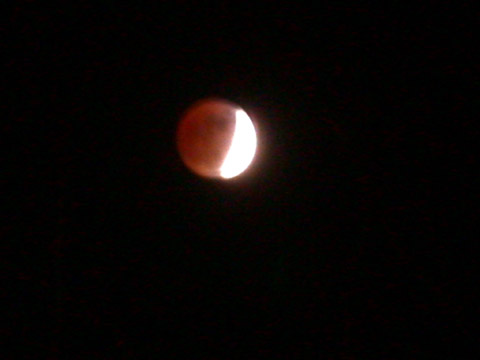 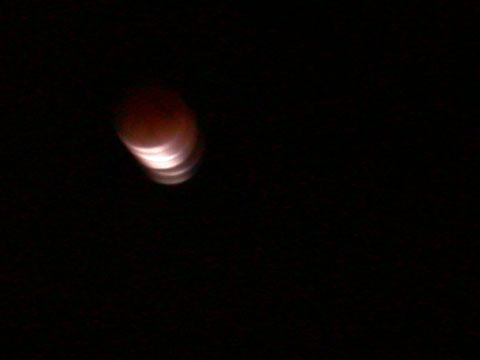 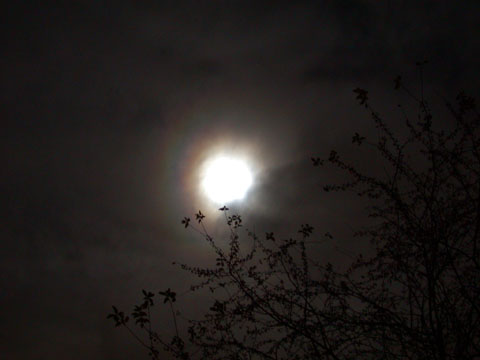 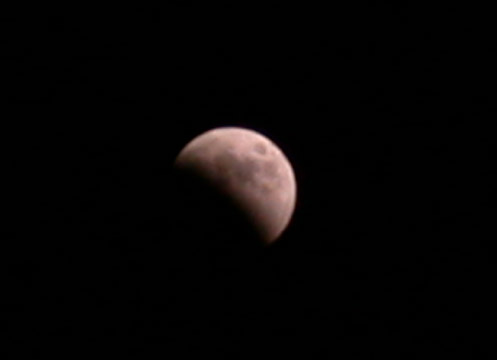 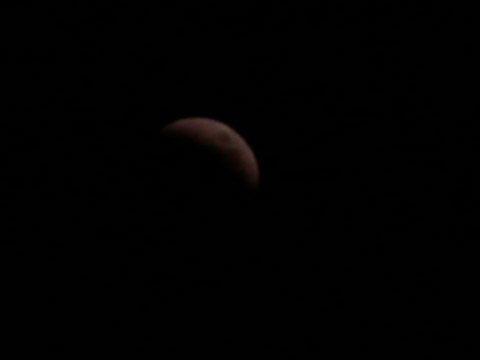 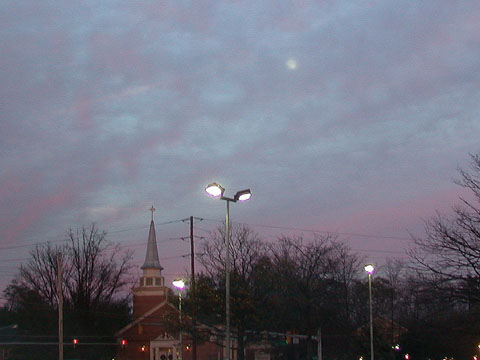 Christmas Eve 2004, an overcast sky in Potomac Village, facing east at twilight, the moon over a church. 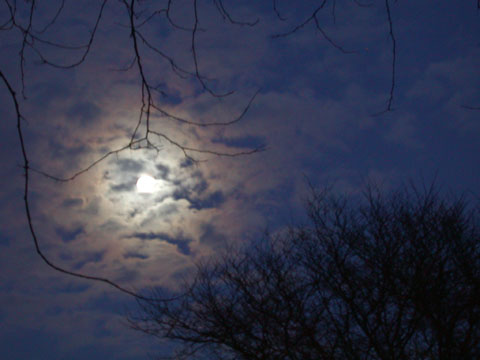 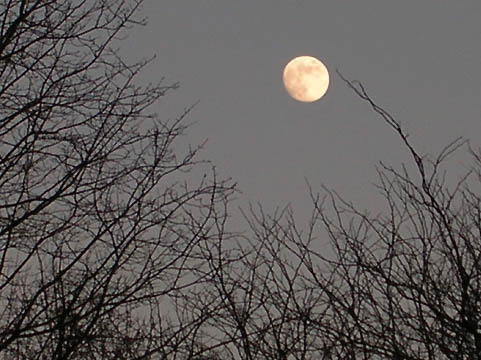 Not a great shot, I know -- I only had the little Nikon with me -- but seeing those familiar features even imperfectly always makes me happy. 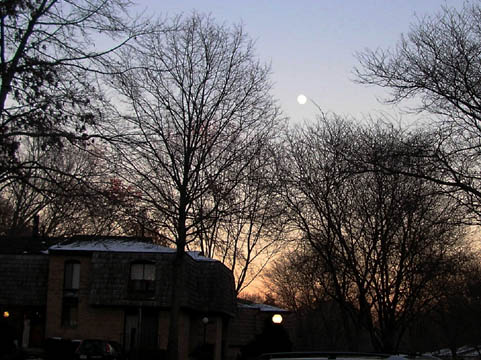 This is the long shot of the neighborhood; here you can't see the lunar features at all, but you can see how prominent it was above the sunset colors.