The last weekend for the Parakeet Landing at the Maryland Zoo in Baltimore -- this is a large open-air aviary containing hundreds of parakeets, cockatiels, rosellas and zebra finches which visitors can feed and hold -- something we could not resist, as we used to have parakeets in our pre-cat days and have missed being nibbled by little beaks. The parakeets outnumbered the other birds in both number and attention to humans; most of the cockatiels perched on support struts near the ceiling, while the rosellas preferred to stretch their beaks and snatch seeds rather than land on anyone's shoulders or arms, and the finches mostly stayed hidden in the plants, darting out to pick up fallen seeds and going back into hiding. 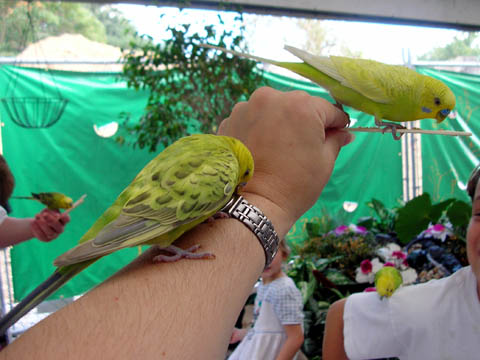 A Watch! Shiny! Parakeets would land on arms, clothing and hair to try to get at the seed sticks carried by zoo patrons, but they seemed perfectly content to nibble non-edibles as well. 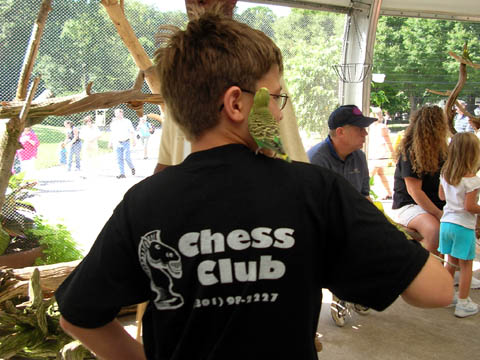 Apparently eyeglasses look like food sticks or are also shiny enough to be irresistible. 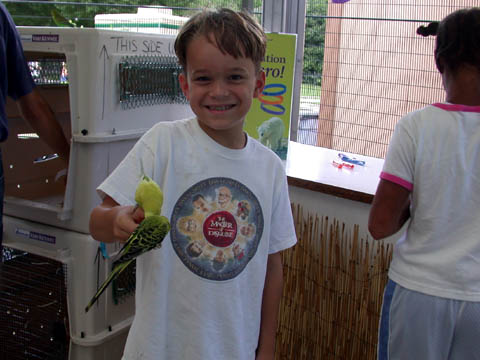 Adam and a pair of beaks. 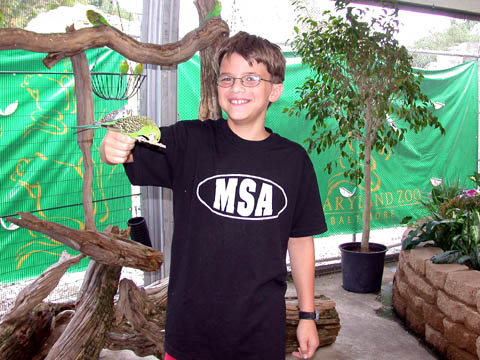 Daniel and a friend. 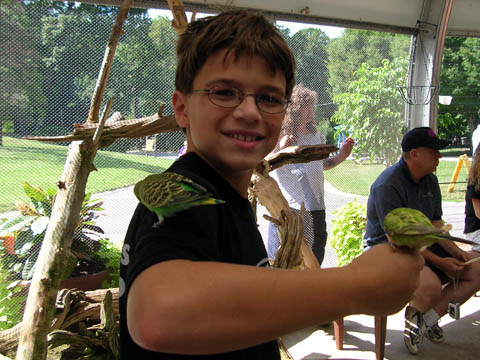 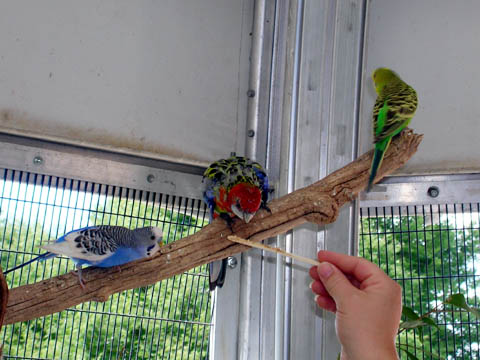 The rosellas weren't so sure about sharing space with parakeets and humans... 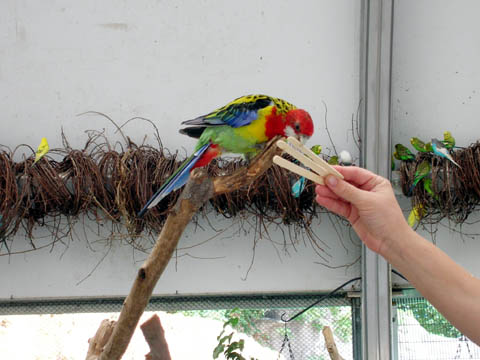 ...but they took seeds when offered, though they didn't land on people, which is probably just as well since some of the kids seemed afraid of the flying birds. 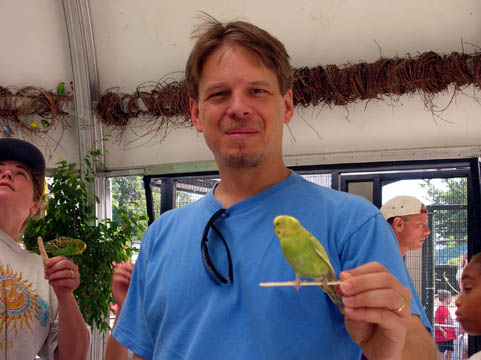 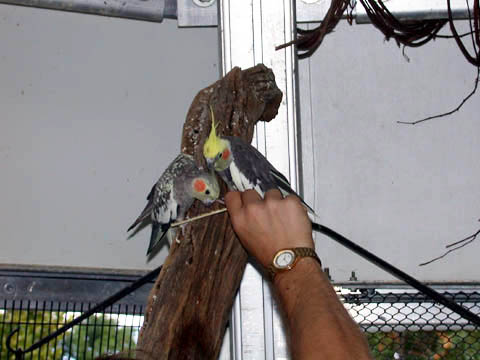 The cockatiels were more wary, climbing down to snitch a bite and then flying up to the metal support beams. 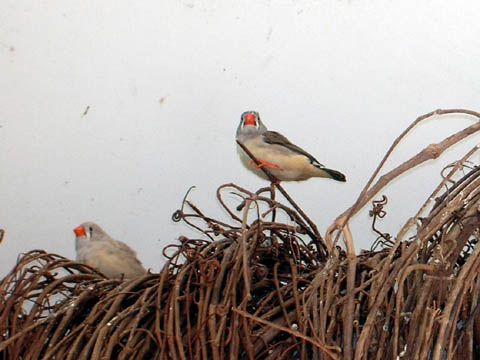 The zebra finches mostly stayed up and out of the way, appearing to pick up dropped seeds from other birds. 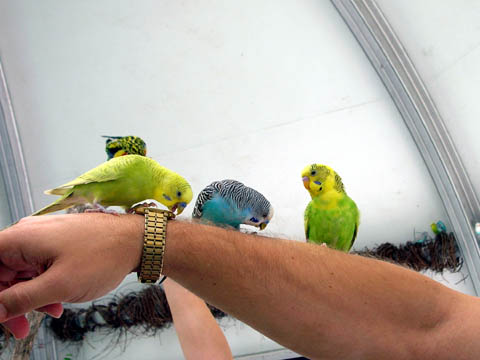 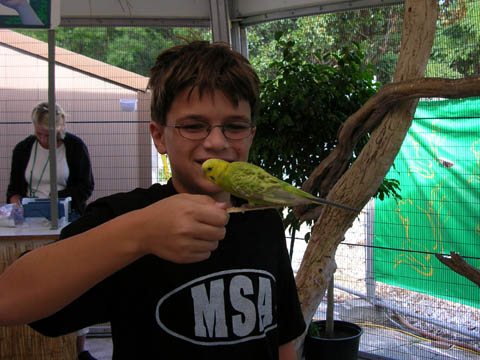 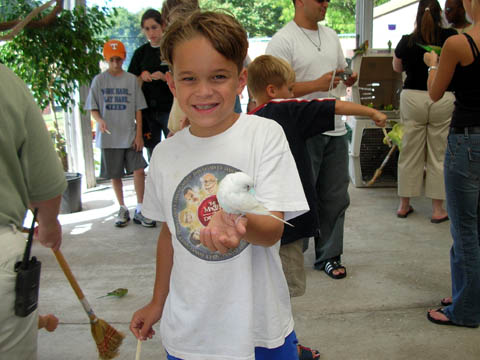 Another boy and another bird.