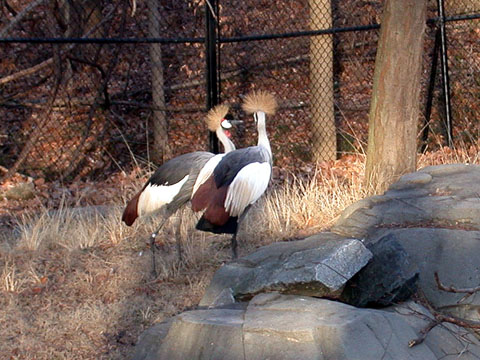 Crested cranes in the Africa exhibit at the Baltimore Zoo -- one of the few sections of the zoo that is not undergoing extensive renovation in 2005 and will remain open as is. The zoo is closed for all of January and February with the exception of a couple of weekend tours of the polar bear exhibit. 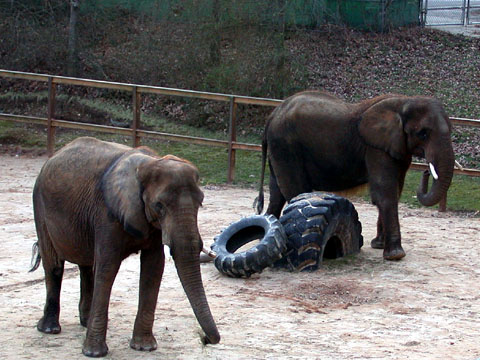 The two female African elephants will both be inseminated in the near future as the zoo is hoping to breed them before they get too old. 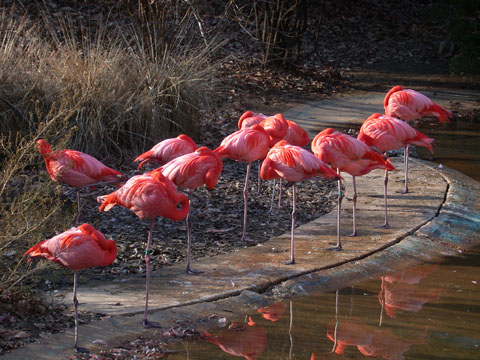 The flamingo flock taking a late afternoon nap. By early evening when we left, they were quite actively eating and grooming each other. 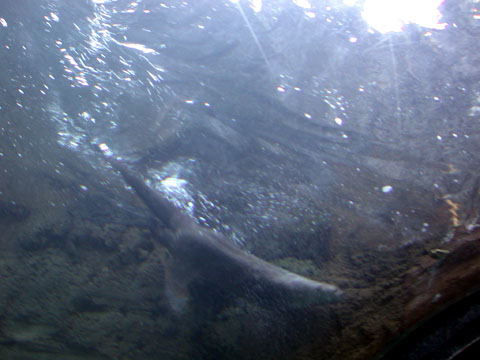 The otters swim on both sides and overhead when one is walking through the plastic tunnel of the wetlands exhibit. 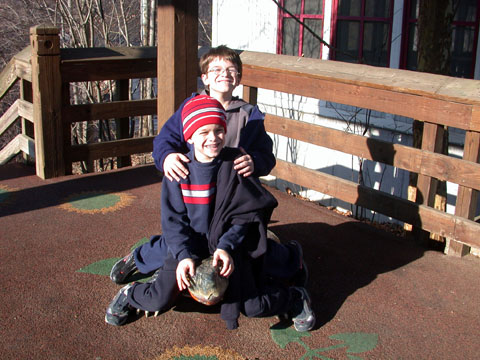 We did not see any turtles in the exhibit on rare bay turtles, but we did see this display model, considerably larger than the actual 4" size of the animals. 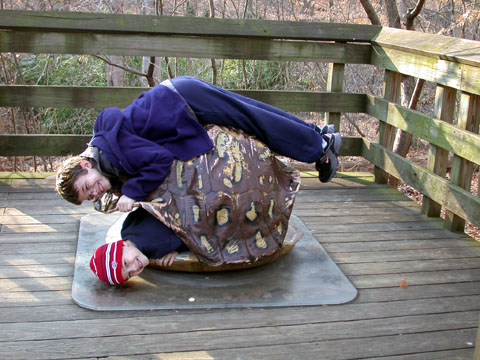 And here is one of the play tortoiseshells that our kids used to play in when they were much younger. 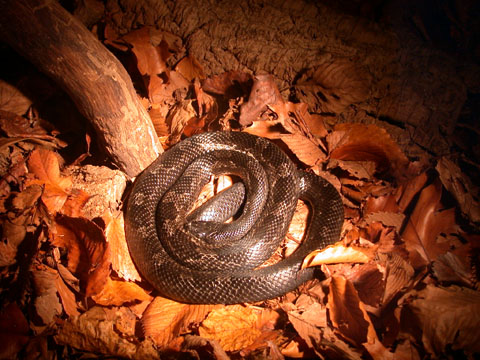 A snake curled asleep in the reptile exhibit inside the walk-through tree in the children's zoo. 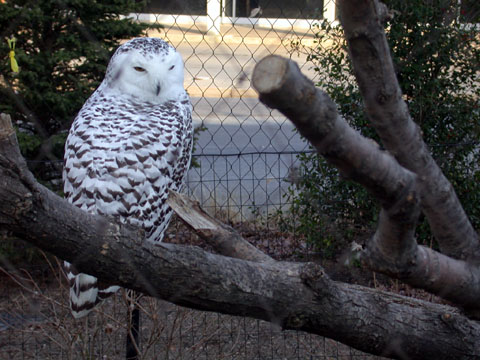 One of the snowy owls in the arctic exhibit, which also includes foxes and polar bears, who seemed to enjoy the warm weather as they were swimming and foraging quite enthusiastically. 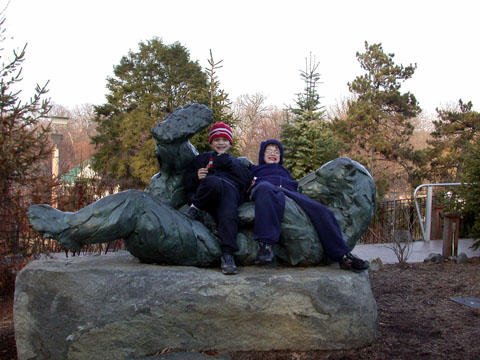 Boys with a sculpture of a polar bear in the arctic exhibit. 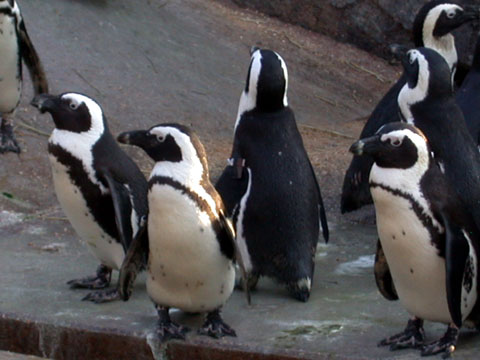 Some of the large flock of African penguins. When we arrived one of the volunteers was feeding them fish, so they were in a happy circle around her while seagulls flew overhead crying out in envy. 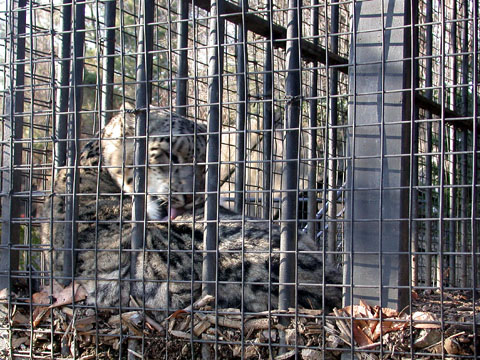 The front walk of the zoo, which is being completely renovated in 2005, has for many decades featured these old-fashioned large black cages. Here a snowy leopard behaves like another cat we know. 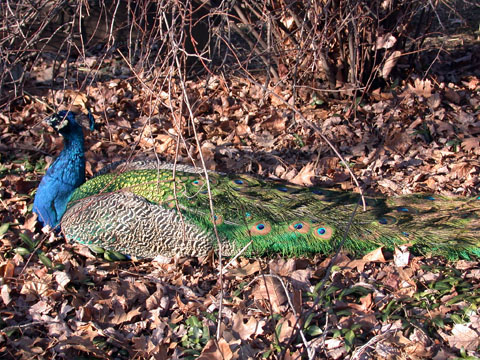 The peacocks, however, wander free, like this one tucked in a corner of the farmyard exhibit. 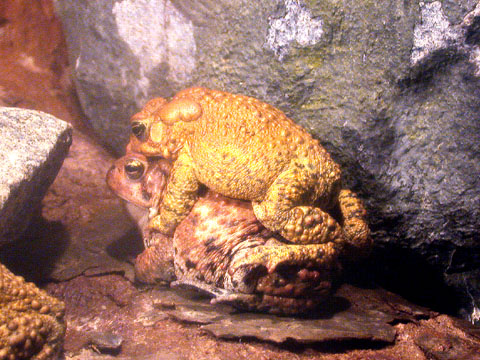 And why not end the year with a little sex? 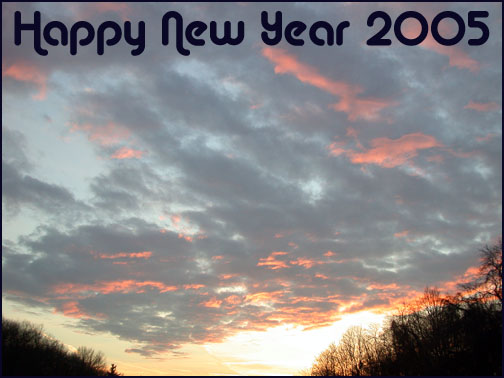 The last sunset of 2004. Photo taken while driving home on I-95 between Baltimore and Washington just past sunset.