At the Baltimore Waterfront Festival, where we saw the Volvo 70 yachts taking part in the Volvo Ocean Race being repaired and restocked, Volvo Extreme 40 catamarans racing in the Inner Harbor, visiting tall ships including Brazil's Cisne Branco, Philadelphia's Gazela, and the schooners Virginia, Sultana and Pride of Baltimore II, plus the Maryland Science Center's traveling exhibit on the Wright Brothers and The Birth of Aviation. Oh, and since it is really difficult to be in Baltimore's Inner Harbor without doing so, we also had crab cakes. 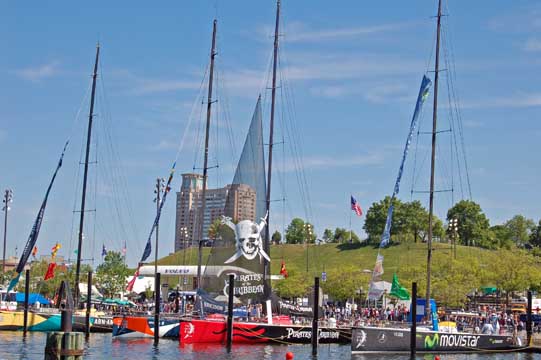 Quick, find the syndicate sponsored by Disney! (Go here for more information about this Black Pearl.) Though in third place behind Abn Amro One (far left) and Moviestar (right), this was the racing boat attracting the most attention from chatty tourists. 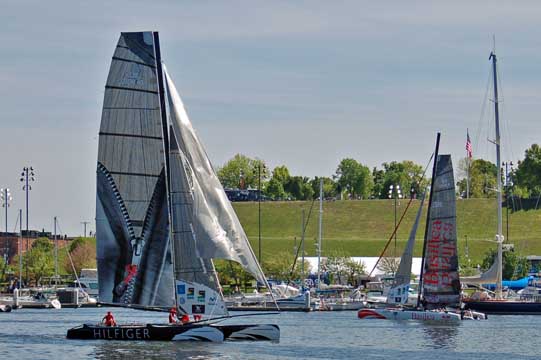 And of the Extreme 40s, the Tommy Hilfiger with its fly unzipped was a popular sight. These little cats zipped around the Inner Harbor all afternoon terrifying older sailboats. 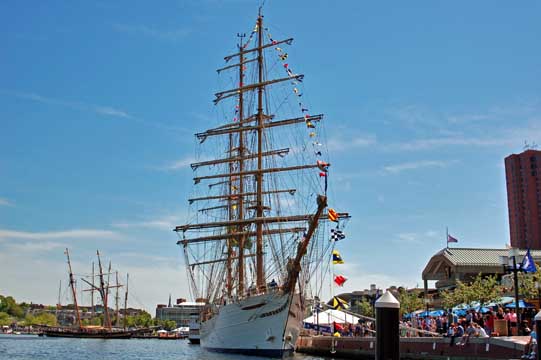 Here is the beautiful Cisne Branco, which brought Brazilian naval officers and a band as well as these colorful flags. Behind her to the left you can see Pride of Baltimore II in the foreground and Virginia in the background. 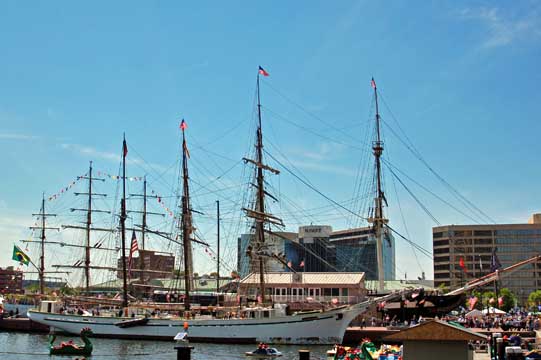 And here are the Gazela, front, and the USS Constellation, towering behind her, with some of the harbor dragon boats in the foreground and Cisne Branco in the background. See what a gorgeous day it was? More photos when I manage to get through them all! 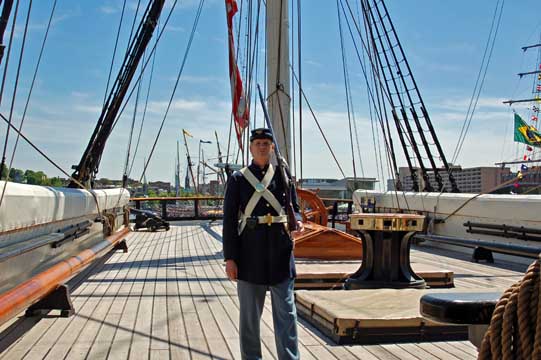 A reenactor in a historic Navy uniform stands on the deck of the USS Constellation. The masts and pennants of the schooners Virginia and Pride of Baltimore II are visible in the rear and the Brazilian flag on Cisne Branco to the right. 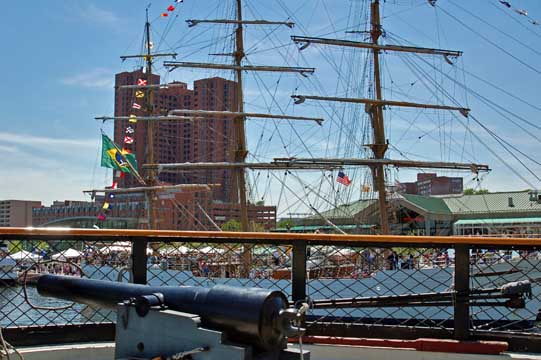 Here are Cisne Branco's masts rising above the stern chaser fired twice a day on the Constellation when the harbor isn't quite so crowded with ships as during the Baltimore Waterfront Festival. 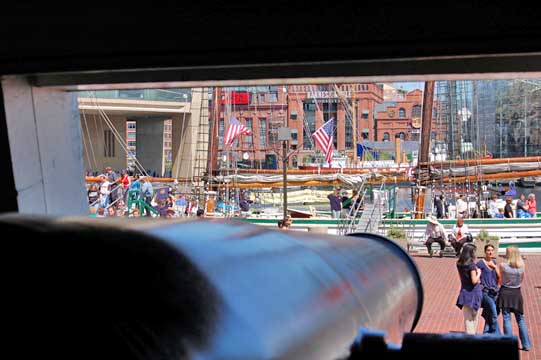 Constellation's guns aim at Gazela! This isn't a great photo but some of the most interesting views of the harbor are aboard the Constellation -- from the great cabin, the gun ports and the upper deck. 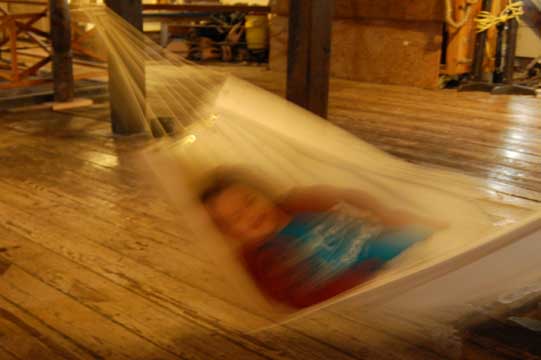 This is Adam's favorite spot on the Constellation -- belowdecks swinging in one of the hammocks. 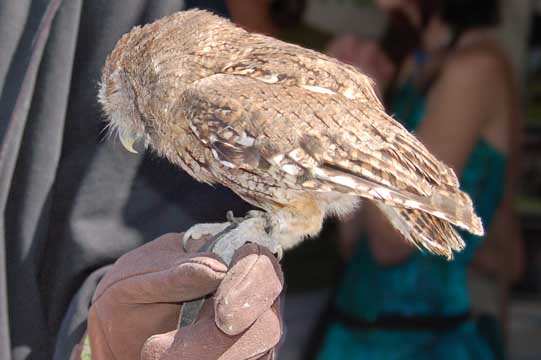 This little screech owl was in the Chesapeake Bay Foundation tent as part of their "Save the Bay" demonstration. 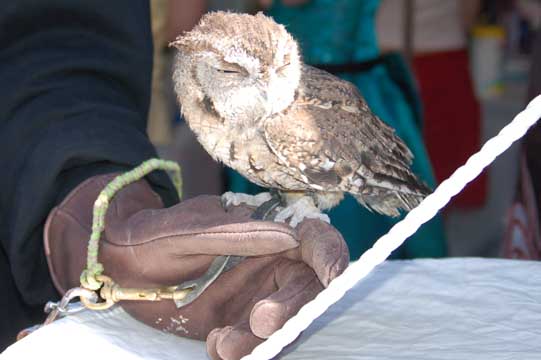 He was injured, which is why he had not been freed, and appeared more interested in sleeping than socializing, but he was very cute. The elegant Brazilian Navy tall ship Cisne Branco during her visit to the harbor. Here is a close-up of her wheel. We first saw her in Baltimore in 2004. We were not allowed to walk around the lower decks but here is the entrance to the area in front of the Great Cabin -- I don't know what this is called on a ship of this size! And the Brazilian Navy brought a band which could be heard across the harbor.